The confident masculinity of "Chicago Fire" 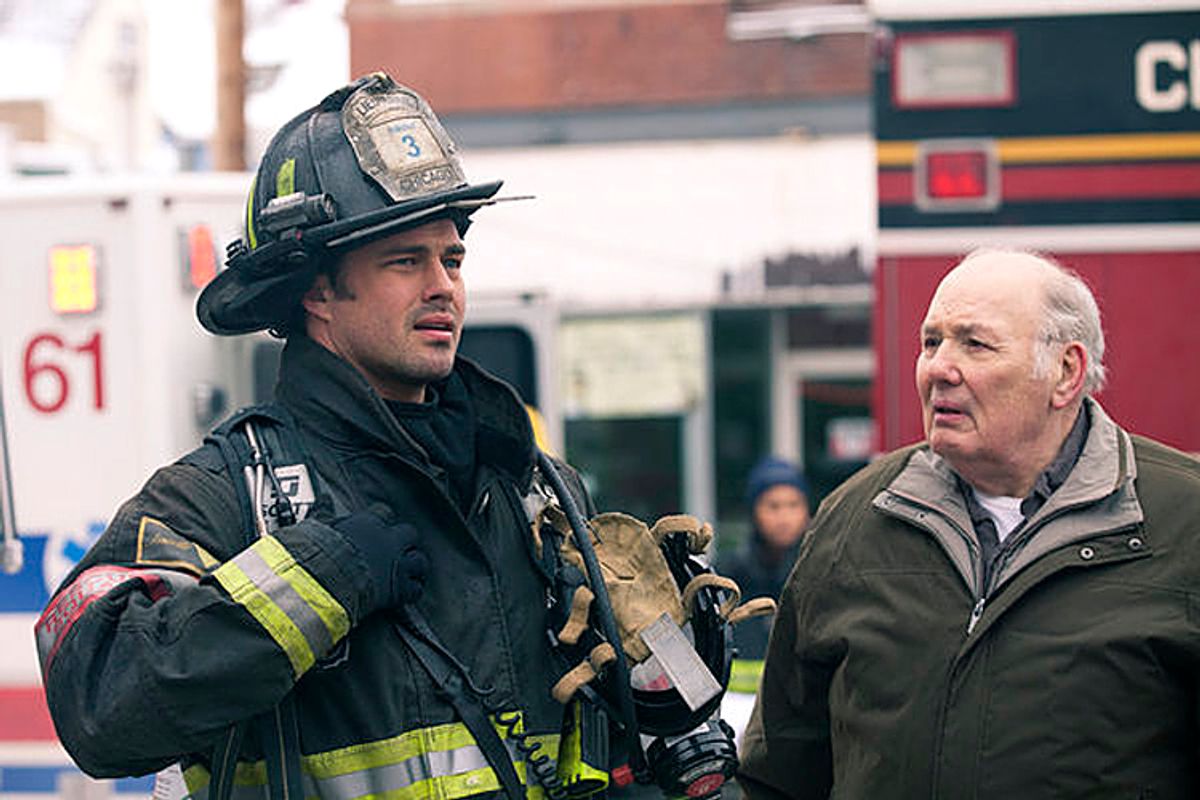 “Chicago Fire,” Dick Wolf’s drama about very attractive firemen and paramedics saving lives, premiered to very poor ratings. In the five months since, something surprising has happened, especially for a show on NBC: “Chicago Fire’s” audience has grown and grown. It regularly beats its premiere ratings, wins its time slot against shows like "Nashville" and "CSI," and in the context of NBC’s ongoing ratings-catastrophe situation, it almost amounts to a hit.

“Chicago Fire” will be instantly familiar to any one familiar with “ER” and its descendants, particularly the attractive first responder show “Third Watch.”  For a series hat features people running into fires every week, it is very soothing: you know exactly what you’re going to get. A procedural soap, where the good guys will usually but not always win, where there’s enough moral ambiguity so it doesn’t feel stupid, and most everyone wants to kiss everyone else, but no one really likes to talk about their feelings all that much until they are forced to, and they are often forced to.

If this sounds flip, I don’t mean it to: When I first saw the pilot, I was kind of blasé about the comforts “Chicago Fire” provides — yeah, yeah, whatever, I’ve seen it all before — but as I’ve continued watching the show, I feel less so. “Chicago Fire” is the rare TV show that celebrates a sort of uncomplicated masculinity— and, unlike sitcoms such as “Last Man Standing” and “Guys with Kids” celebrates it as though it were not under attack. These men are manly — they rescue people for a living — but they’re not misogynists (some jokes aside) or nerds or convinced that their gender is about to be destroyed. Many of them have lots of feelings. This makes them pretty rare.

In last night’s episode, a return after a month long hiatus, the beautiful lesbian paramedic Leslie Shay, who has decided she wants to get pregnant, flipped through a book of potential sperm donors. (Shay and "Parks & Rec's" Anne Perkins obviously need to have coffee.) One had described himself as “ebullient.” She asked what that meant, one guy in a room full of six had any idea, and another remarked, “You don’t want the sperm of any guy who calls himself ebullient.” She agreed. The heroine of almost every sitcom I watch only wants a sperm donor who calls himself ebullient.

When it comes to memorable male characters in current dramas, there’s the standard spate of anti-heroes—Walter White, Don Draper, Gregory House and all their knock-offs— and that’s pretty much it. (One of the side-effects of the boom in complicated female characters is that it’s been a while since a dude joined the “You know this TV character by name club,” even though women are joining up all the time: Carrie Mathison, Hannah Horvath, Jess Day, Elizabeth Jennings etc.) None of “Chicago Fire’s” characters are about to join up soon, but that’s part of what’s appealing about them. They’re just good dudes who do their duty:  like the show they're on, even if they're unremarkable, it's not so bad having their type around. (Certainly, I'd rather watch a sitcom set in this fire house than "Guys with Kids.")

Unlike most dramas on NBC,  “Chicago Fire” is also notable for really working. It knows what it is, and it flat out executes, almost as reliably as Wolf’s super-reliable “Law & Orders."For a network that has made doing the most basic things look really hard, it’s good to see that they can still assemble a functional TV show, and that, if it really functions (and isn’t about a doctor with split personalities) people will come and find it.