The 3-point plan of wealthy landlords, lenders and insurance providers -- the true "takers" threatening the nation 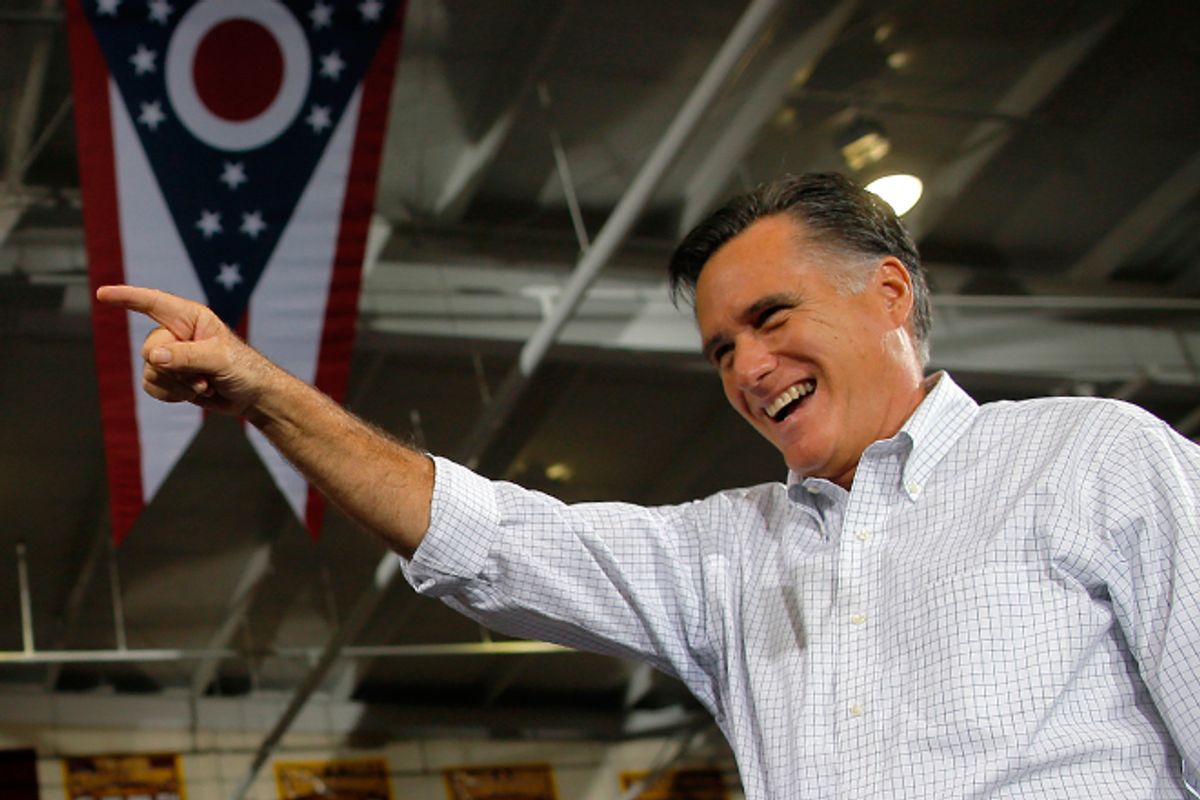 In a previous column detailing the true "makers" and "takers" in America, I argued that the greatest threat to American capitalism today comes not from public taxation supporting public programs, but from “private taxation” in the form of excessive private “rents” that subsidize private sector parasites or “rentiers” (like landlords, lenders and providers of health insurance and healthcare). These excessive private taxes or rents are costs on productive enterprise that can be as crippling as excessive public taxation.

In American politics as in the American economy, power and wealth have shifted from the industrial capitalists of old to the “rent lords” of the early 21st century, based in the overgrown FIRE (finance, insurance, real estate) sector. The agenda of the new rentier oligarchy in the U.S. is quite different from that of traditional productive businesses. The Rentier Agenda consists of low taxes on rentiers, the privatization of infrastructure and social insurance, and a macroeconomic policy that favors creditors rather than debtors, including debtor businesses and debtor governments.

Low taxes on rentiers. In the late 20th century, the U.S. and a number of other capitalist countries made tax rates on capital gains lower than tax rates on wage income. This was supposed to encourage investment in productive enterprises, but in fact it merely provided the super-rich with windfall fortunes that have often been used for stock market and real estate speculation. Thanks to privileged tax treatment of capital gains, Warren Buffett complains that he pays lower taxes than his secretary, and Mitt Romney -- the poster boy of rentier financial capitalism — paid 13.9 percent in taxes in 2010, lower than the combined employee and employer payroll taxes paid by low-income workers who pay no federal income tax (and not counting the state and local taxes that they pay). America’s rentier plutocracy has deployed campaign contributions to intimidate Congress into keeping taxes extremely low on those who make most of their income from investments, whether the investments enhance the American economy’s productive capacity or not.

Privatizing natural monopolies. The classic productive capitalist wants to found a company to provide a new, socially useful good or service and make money by sales. In contrast, the classic parasitic rentier wants to bribe the state legislature into privatizing and selling state roads so that he or she can make money without effort or innovation every time somebody drives and pays a toll. Not only progressives but mainstream conservatives used to agree that natural monopolies, such as many infrastructure services—water, electricity, transportation — should be either publicly owned or publicly regulated utilities. Today, however, some plutocrats, seeking guaranteed, recurrent streams of money for little or no effort, fund politicians and ideologues who favor privatizing or deregulating infrastructure and public utilities and cutting or voucherizing Social Security and Medicare, to force the elderly to buy financial products and costly health insurance from the rentier sector.

Anti-inflationary macroeconomic policy. The rentier class overlaps largely with the creditor class, much of whose wealth is in the form of debts that must be repaid by governments, businesses and individuals. In all times and places, the creditor elite has lived in fear that its wealth may be reduced by inflation, which permits the debtors to repay their debts in currency, which is nominally the same but in reality of ever-dwindling value.

Moderate inflation is the friend of governments with high debt loads, allowing them to pay down debts more easily without hurting the economy by raising taxes too much or cutting spending too much. Most businesses can live with moderate inflation, as long as they pass on price increases in inputs to their customers.  Nor is moderate inflation a threat to the working-class majorities in the U.S. and similar industrial democracies, as long as wages and social insurance, like Social Security, are adjusted for inflation. (Only an affluent minority of Americans have substantial private retirement savings that could be harmed by inflation.)

This means that the rentiers are much more willing to have central bankers and other government policymakers slam the brakes on the economy, at the slightest sign of inflation, than are productive businesses (if they are rational), governments or wage earners. Indeed, because rising wages in tight labor markets can sometimes contribute to economy-wide inflation, the creditor class can tolerate or even approve of high levels of sustained unemployment that devastates much of a nation’s population while depriving productive businesses of great numbers of consumers.

That’s the Rentier Agenda, then — low tax rates on unearned income flowing to passive investors, replacing public utilities with private toll-charging monopolies, and pursuing policies that deter inflation, even at the risk of prolonged, mass unemployment and idle factories. It is no exaggeration to say that the private sector rentiers are not only the real “moochers” and the real “takers” but also are the greatest threat to productive industrial capitalism, in the United States and the world.

What we need is an Anti-Rentier alliance. Such a coalition would scramble the usual patterns of politics. Progressives and conservatives alike would have to distinguish between productive businesses, which we should encourage, and rent-extracting parasites that need to be dealt with. Pro-manufacturing liberals and Main Street conservative populists should unite against what the progressive economist Michael Hudson calls “the tollbooth economy” in alliance with what James K. Galbraith calls “the predator state.”

This is the second in a three-part series.