Jay Leno mocks NBC fourth night in a row, may move to Fox

However, the comedian's contract with NBC lasts until May 2014 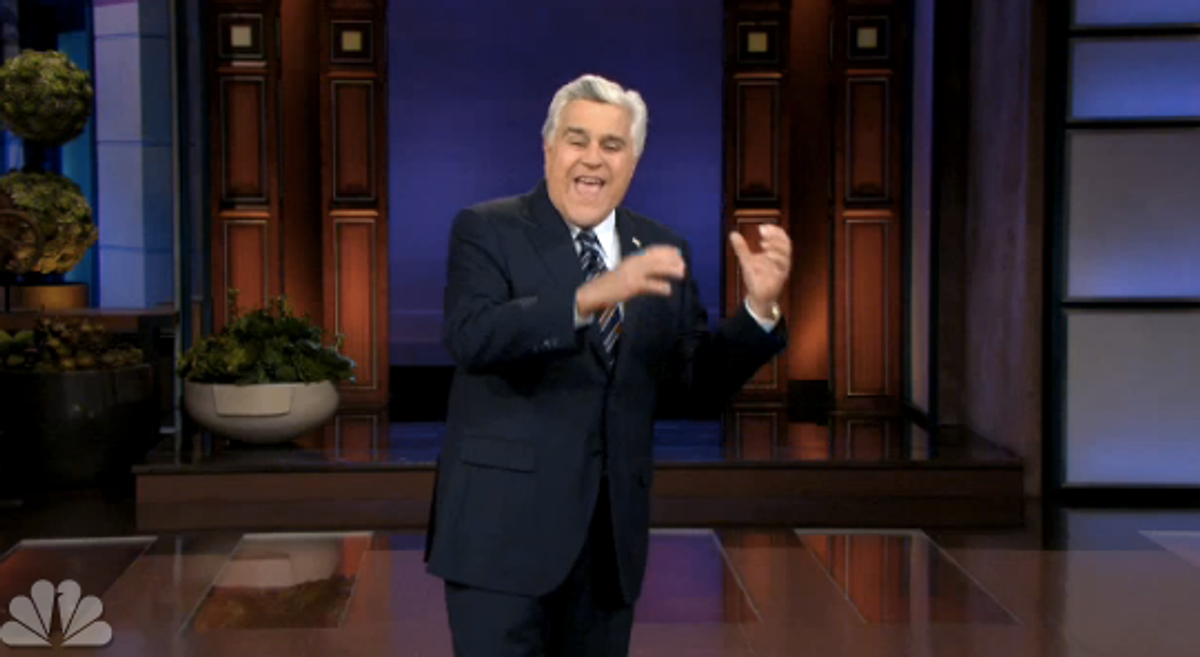 Jay Leno opened last night's "Tonight Show" with another jab at NBC executives, who are reportedly replacing the longtime late-night host with Jimmy Fallon despite the fact that Leno's program is one of the few successful programs on the network. The thinly veiled criticism is Leno's fourth attack on NBC executives this week.

He asked the audience, “Are you all excited about March Madness?”

“People are talking about who’s in, who’s out, who’s gonna be eliminated. And that’s just here at NBC," he said. "I’ve never been in the paper this much. It’s fantastic.”

But Leno might have a new home at Fox, which has been wanting to start its own late-night show for some time, now. Steve Pruett, the board chairman of Fox, told the New York Post that “If Fox were to present the right business plan, the affiliate board would be interested" in signing Leno onto the network.

" 'The prospect of Leno jumping networks — and gaining a half-hour jump on David Letterman and Jimmy Fallon, who has reportedly been told he is getting Leno’s job — would be a major blow to NBC’s plan for a smooth transition to a younger, hipper 'Tonight' show host.

When he leaves, Leno 'could take a sizable crowd with him,' says Hollywood manager Howard Lapides, who has repped Carson Daly, Jimmy Kimmel and others.' "

However, Leno won't be joining Fox any time soon. His current NBC contract runs through May 2014, and, according to the Post, "likely has language" that would "bar him from negotiating with another network for several more months."