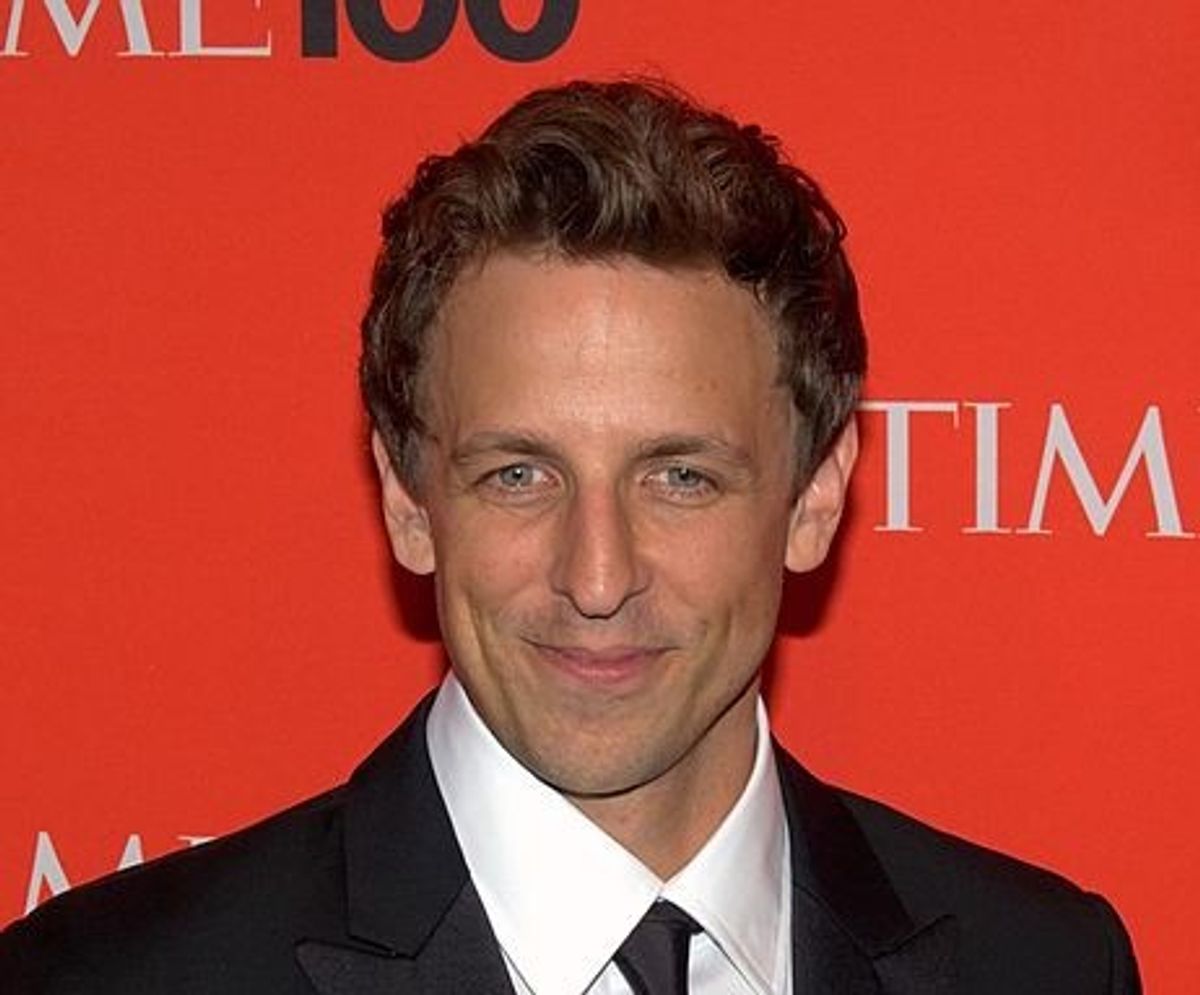 After the New York Times reported that Jimmy Fallon is to replace Jay Leno on NBC's flagship late night talk show (which is now moving to New York), the entertainment industry has been wondering who will take Fallon's place. Names that have come up so far include Seth Myers and Tina Fey.

"we’re told that “Saturday Night Live” head writer and 'Weekend Update' host Seth Meyers will move into Fallon’s late-night slot. A source told us, 'Lorne Michaels wants Seth to take over from Fallon. It would be perfect for him. Tina Fey’s name had also come up, but she has said she was too busy to do it.' "

Assuming that the Post's source is correct, then hosting a late night show, one of the most coveted jobs for a comedian, could be enough to lure Myers from his perch at "SNL."