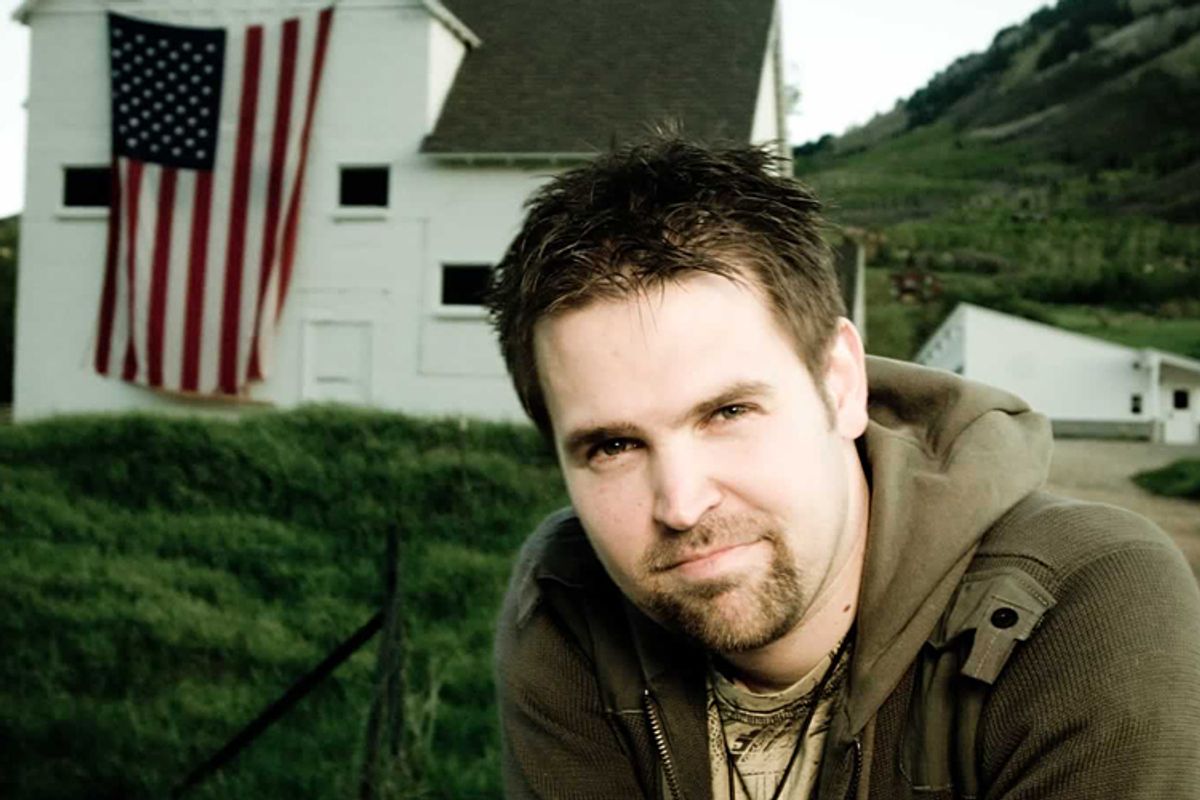 This coming Tuesday, the same day that the Supreme Court itself will begin to take on the issue of marriage equality,  the National Organization for Marriage will be descending upon the Capitol for its big Hand-wringing Fest 2013 – I mean, its ominously named March for Marriage. And at the same time, back in that great bastion of supersize Mormon families – Utah – members of its most sequined brood will lead a "celebration of marriage" at the Capitol Rotunda. The Utah "benefit for the protection of marriage between a man and woman" features eldest, less cute Osmond Alan, his wife, Suzanne, his country musician son, Nathan, and a vaguely identified pack of "Osmond grandchildren."

Alan is by far the most vocally homosexual-fearing of his large clan. Two years ago, he wrote a pro-reparative therapy screed declaring that "homosexuality is not innate and unchangeable" and that "There is substantial evidence, both historical and current, to indicate" that gays can "diminish homosexual attraction." This was, by the way, around the same time that he'd revealed how back in the day, the family brought in Mr. Chuck Norris himself to help them revamp their "effeminate" choreography and "toughen up our dance." Because when you think "tough," you think Osmonds, dancing, in the '70s.

Alan has lots of opinions about how the world should turn. Last month on his – quite casually designed, I might add – site the Family, he posted a link to a video asking why "the Jews" favor "disarming our citizens." Alan believes in the strength of the family, the glory of God and that when the Lord says, "If Ye Are Prepared, Ye Shall NOT Fear," he is talking about water purifiers.

Alan's famous brother Donny – who is not appearing at the "celebration" -- is more restrained in his views on marriage equality, perhaps because, as he charitably notes on his own blog, "some of my best friends are gay." He adds, however, that his Mormon faith commands that "marriage between a man and a woman is ordained of God" and "we can accept those with gay tendencies in our church as long as they do not act upon their temptations."

It's the Osmond's singing sister/QVC purveyor of nightmare-inducing dolls Marie, who has turned out to be the most publicly liberal of her expansive brood. It probably helps her perspective that she's the mother of a gay woman herself, her eldest daughter, Jessica. That's likely why Marie already threw her support for equality a full four years ago, when she said that while "I do believe in the Bible … when it comes to marriage, I think that civil rights need to be for all."

While even doctors are now officially stating that the recognition of same-sex unions is good for families, there are still those who believe that equality immediately means that man-lady marriage needs a rally for its "protection." And as the Alan Osmonds and miscellaneous Osmond grandchildren prepare to "stand together for the family" on Tuesday, let us thank them for the gift of their enduring commitment to the institution of matrimony -- and for showing us what a real celebration of "the wonders of connubial bliss" looks like.