We go south of the Mason-Dixon line; watch Elisabeth Moss solve a case; and take a break from those crazy "Girls" 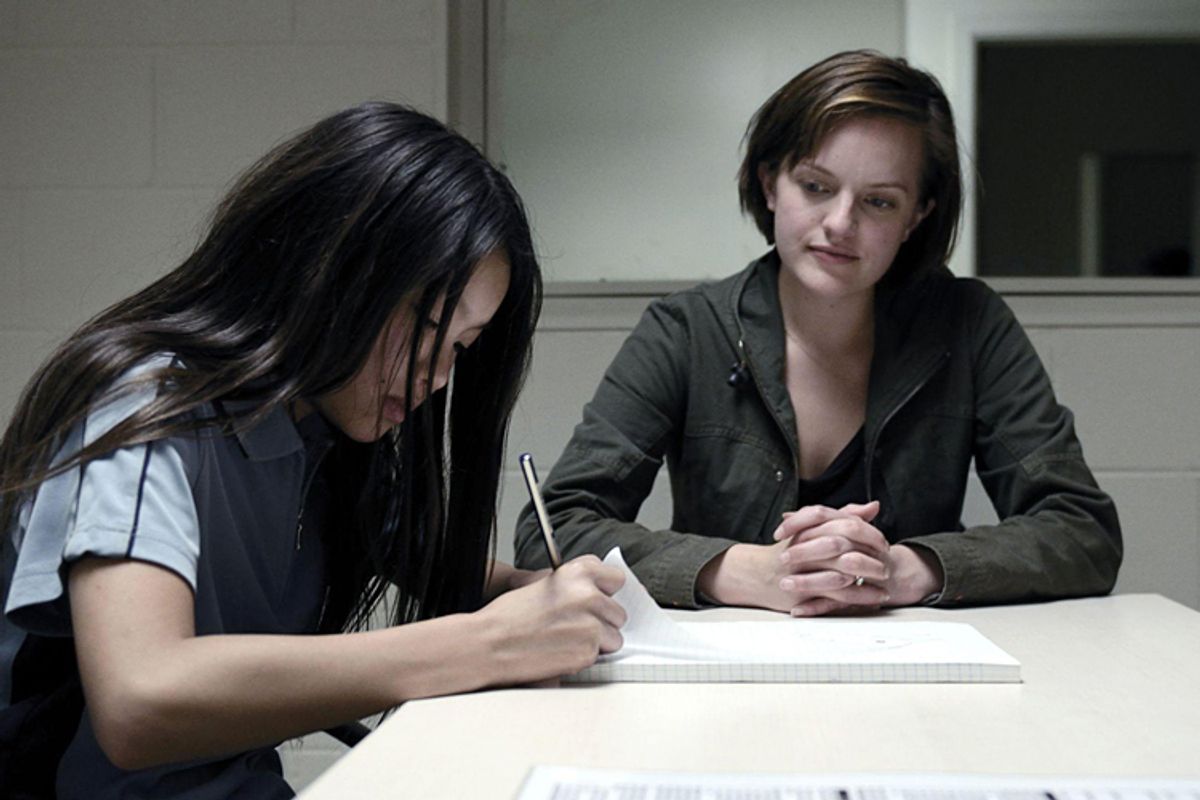 Laura Miller, a Yankee, was enlightened by former newspaper reporter Tracy Thompson's deeply personal account of the transformation of Georgia, titled "The New Mind of the South":

Thompson gives "The New Mind of the South" a muscular tension that a merely nostalgic memoir or a self-effacing work of reportage could never achieve. She vividly recalls the embracing evangelical church life of her 1960s youth, when the religion was "otherworldly and apolitical" and therefore a marked contrast to the activist fundamentalism that arose in the 1970s or the show-bizzy extravaganza of a megachurch she visits in suburban Atlanta. Yet the latter, an outpost of the "prosperity gospel," turns out to be more multiracial and feminist than she expected. Such churches can’t provide her with the comfort she once found in the small church where her family used to worship, but that doesn’t mean it isn’t doing some good.

And she devotes her Listener column to "How to Get Filthy Rich in Rising Asia," the new novel by Mohsin Hamid, an incredible reader of his own work — debunking Miller's running theory that "most fiction writers make poor narrators of their own audiobooks":

With the novel under the sway of that sensibility, the character of “you” remains a very specific individual, with a lost love (a girl he meets on the streets but who escapes into a career as a model and lifestyle entrepreneur), a disappointed wife, a son who can only be at home in the West, a treacherous protégé and an old age that, for all the harshness of its setting, achieves a kind of grace. At times, Hamid even gets essayistic, discoursing on the subject of readers and books in a way that some might find jarring — personally, I agree with him so completely, I rewound to that bit and transcribed it in my journal. Isn’t this the definition of great fiction, that even when it begins with a character (tubercular, hiding on the dirt floor under his mother’s cot) who’s nothing like you, by the end you are convinced that it really is about you? That’s a kind of miracle. Andrew O'Hehir is impressed by the sophomore effort of writer-director Park Hoon-jung, the bloody-good mob thriller "New World," his pick of the week:

In any movie this conspicuously artificial, the rewards come from a satisfying plot, distinctive characters and a series of memorable showpieces, and Park Hoon-jung handles all three demands well. He claims to have watched "The Godfather" more than 200 times, and I’m inclined to believe him … I think it’s likely Park Hoon-jung will make better movies than this one, which is only his second as a director … There’s arguably a mechanical coldness to "New World," which is an excellent work of craftsmanship rather than a really good movie. It doesn’t have the heartfelt sentimentality and/or religiosity or the undercurrent of Buddhist-existentialist philosophy found in the very best Asian thrillers … All that said, no one in American movies has made a crime opera this good in years. Willa Paskin was finally able to pinpoint what it is that makes Dick Wolf's "Chicago Fire" so appealing:

"Chicago Fire" will be instantly familiar to any one who has watched "ER" and its descendants, particularly the attractive first responder show "Third Watch." For a series that features people running into fires every week, it is very soothing: You know exactly what you’re going to get. A procedural soap, where the good guys will usually -- but not always -- win, where there’s enough moral ambiguity so it doesn’t feel stupid, and most everyone wants to kiss everyone else, but no one really likes to talk about their feelings all that much until they are forced to, and they are often forced to …  [But] "Chicago Fire" is the rare TV show that celebrates a sort of uncomplicated masculinity — and, unlike sitcoms such as "Last Man Standing" and "Guys with Kids," it celebrates it as though it were not under attack. These men are manly — they rescue people for a living — but they’re not misogynists (some jokes aside) or nerds or convinced that their gender is about to be destroyed. Many of them have lots of feelings. This makes them pretty rare.

She fell hard in love with Jane Campion's mini-series "Top of the Lake," which premiered on the Sundance Channel this past Monday evening:

Robin, played by Elisabeth Moss, belongs to a quickly expanding cadre of tough female TV characters, including Carrie Mathison and Sarah Linden and Elizabeth Jennings, whose devotion to work reflects some personal trauma. But unlike her peers, Robin is not some super-spy, she’s human-scale, with human skills. She has spent half her life keeping a distance from her past, from her family, from love, and when she returns home and she can no longer fend any of it off, she starts to unravel. But even as it all comes crashing down — even as, in that clichéd way, the case gets too personal — Robin knows, on the deepest level, that there are limits to the truth’s power. "Top of the Lake" is uniquely concerned with the consequences, not the case. By the time the case gets cracked, it almost seems an afterthought, of so much less urgency than the matter of living and surviving. "Top of the Lake," like the best crime series, is about so much more than solving a crime.

And she bid adieu to what turned out to be a very dark season of "Girls":

This season, "Girls" made itself over into the type of story our culture is comfortable seeing 20-something women appear in — the catastrophe memoir. A series that began by chronicling, so exactly, a type of regular, lived experience became a show chronicling an irregular, heightened experience, the breakdown of Hannah Horvath (even if the OCD story derives from Dunham’s own experience). The narrative of the 20-something woman with a mental illness (or a drug problem) is one of the few that we intrinsically understand to serve a "function," to have a "right" to exist, to be the sort of story that is not dismissible as narcissistic or gross or vapid.