I was 12, and he was my 20-year-old camp counselor. For years, I thought I was asking for it -- but not anymore 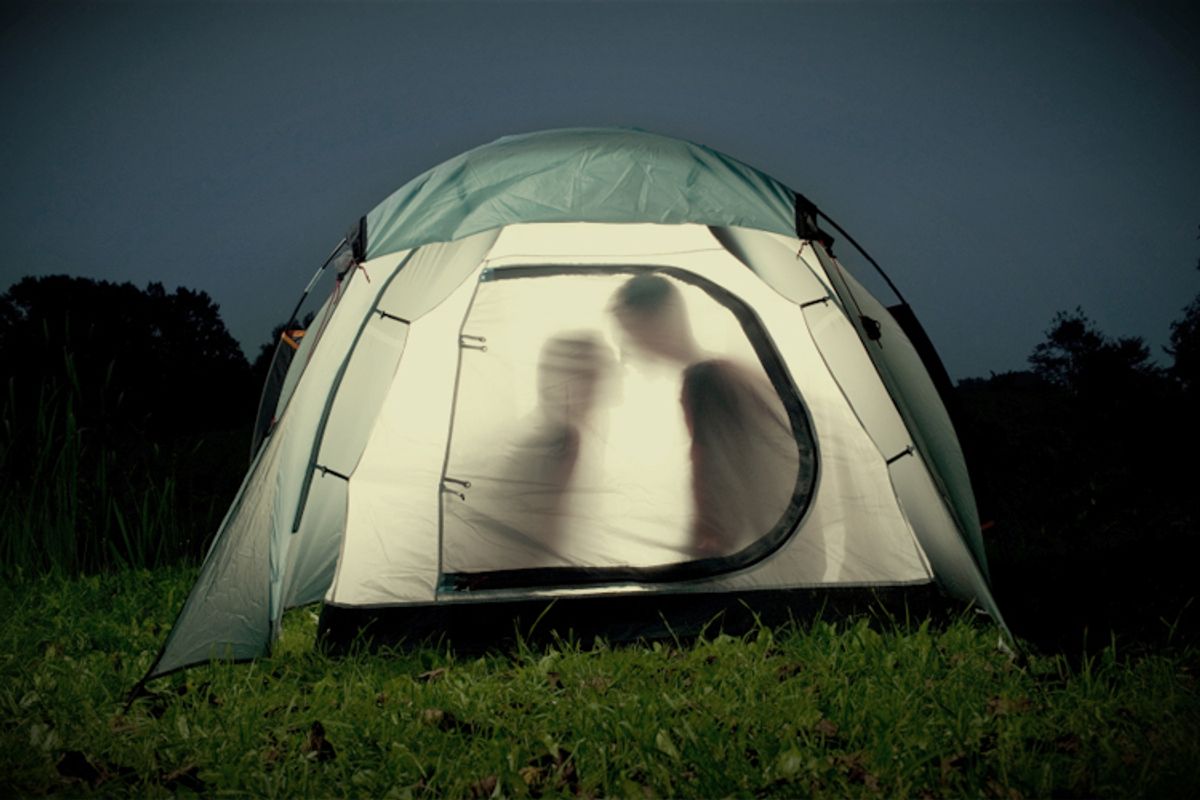 Names and identifying details have been changed.

I never called it sexual abuse, because it felt like an overly dramatic Oprah-ization of what happened. The word "abuse" seems to imply victimization and has always made me uncomfortable in this instance. Until now, I have been far too politicized to admit the chief reason I never called it sexual abuse in spite of the fact that it would be considered as much from both a criminal and a clinical perspective. The real reason is because I believed I asked for it.

The summer I turned 12, I went to sleepaway camp. I shaved my legs for the first time, dumped Sun-In in my hair and tanned with baby oil. I had my first boyfriend -- a skinny, freckly arrogant kid a year my senior who took me for two paddle boat rides and then broke up with me, declaring me a prude and, I was sure, ruining my romantic life forever.

I turned from real life to fantasy, and eschewed the hazardous boys my own age in favor of a secret crush on Nathan, the 20-year-old swimming counselor. Nathan was sarcastic and slouchy and unusually stylish for a camp full of spoiled East Coast Jewish kids. His dyed black hair spilled over one eye and he wore his shorts low on his hips. Trumping all, he was from New York City, mecca of all things wild and wonderful. I spent countless hours imagining myself into a future in which I strolled through Washington Square Park with Nathan, preferably on a fall day in between college classes.

Nathan didn’t quite fit in and there were all kinds of rumors circulating about him. He was bisexual; he was friendly with Morrissey; he was a model for the United Colors of Benetton. I, too, felt like an outsider, never able to summon the same gung-ho camp spirit as the other girls. I imagined Nathan understood me in some fundamental way, he just didn’t know it yet.

One morning in the chilly lake, Nathan swam up behind me to correct my stroke and an electrical charge passed between us that was unlike anything I had ever felt before. My whole chest seemed to tighten around it. I was flooded with the exquisite realization that I was not alone in my desire. After that, my crush flowered into something more raw and persistent. I plotted and preened and placed myself in his eyeline at every possible moment. I gave myself asthma attacks and stomachaches with the anxiety of it all.

This went on for weeks before I finally found the courage to seek him out alone. I was asking for it, to be sure, but what exactly was I asking for? I wanted to kiss him; I thought about it constantly. But ultimately, I was asking to be loved, without grasping the possible manifestations that love might take.

The night I snuck out to see him, I slept carefully on my hair, set my alarm clock under my pillow and stationed my white Keds at the ready by my bedside. It was a long walk across camp and the darkness outside my flashlight beam seemed alive and threatening. I was covered in a cold sweat when I arrived. Nathan’s bunk smelled like feet and mold and was strewn with the detritus of the 8-year-old boys for whom he was a counselor. I tread silently, aware that the stakes were very different than those of any of my previous transgressions.

I found his bed and stood over him, trembling with adrenaline. What if he sent me away? What if he didn’t? Finally, I reached out and touched his bare shoulder. When he opened his eyes, he didn’t seem surprised at all. A bright moon hung in the frame of the window behind him and he was only a silhouette when he cradled my face in his hands and leaned in to kiss me. I closed my eyes and tried to memorize it, figuring that it was my first real kiss and I would want to remember it someday. When his breath started to get ragged, he whispered in my ear, “Do you even know how I feel when I have to look at you running around in your shorts all day long. You're so pretty and I can’t even tell anyone. Do you even know what you do to me?”

Over the next couple of weeks I went see him every night until I was exhausted and confused. I wanted it to stop and I wanted it never to stop. Eventually we were caught and he got fired. I found myself crumpled in a chair in front of the camp director’s desk, bombarded with impossible questions like, “What were you thinking?”

The director responded, “You’re 12 years old, you don’t know what love is.”

Which is foolish, of course. I’m a grown woman now and I can say without reservation that I did. I loved him truly and with all the audacity of youth, which is to say with absolutely no sense of consequences.

I don’t remember it with anger. I still remember the initial deliciousness of getting what I wanted, of feeling truly desired for the first time, and in such a transgressive and erotically charged way. And yet, upon closer inspection, I’m not sure I asked for "it" exactly. I was just asking for my longing to be answered, for the suffering to be relieved. I asked with all of the need and chaos of a burgeoning sexuality I did not yet understand.

At the website of the Department of Health and Human Services, one of the qualifiers for the clinical definition of sexual abuse is a “knowledge differential.” It states, “An act is considered abusive when one party (the offender) has a more sophisticated understanding of the significance and implication of the sexual encounter.” This is certainly true about my "inappropriate relationship," my "incident with an older guy."

Whether or not I feel comfortable identifying as a victim, I acknowledge the profound and lasting impact that my relationship with Nathan had on my life. My first kiss was not about pleasure but about power and for a long time those two things became indistinguishable. I learned to trade sex for affection. This was a dangerous lesson for a young girl, and I believe one that ultimately kept me from deriving much authentic pleasure from my body for a long time. And while it would be too reductive to say that this led me to spend a number of years as a sex worker, I do believe that it was an ingredient in the mix.

Furthermore, when it all came to light, I learned that my parents and others in authority positions concurred that the incident had been, at least partially, my fault. I learned what kind of girl I was: I was a boundary-pusher, a rule-breaker, a girl who was always in trouble. This was what happened to girls like me. When the incident at camp somehow managed to make it to the gossip mill at my school, I immediately went from a girl who had never been kissed to a notorious slut.

I recently spent an afternoon at the beach with a friend and her 12-year-old daughter. I noted the sharp lines of the daughter’s body (perfection, by our media’s standards), so like my own at that age. She was dazzling and precious and still unaware of the ruckus she was causing among the male onlookers. I realized that regardless of what this girl asked for, if someone eight years her senior touched her, I would unreservedly call it sexual abuse. In that case my politics and my emotions would have no quarrel at all.

So that is what I will call it. Feelings around abusive dynamics are often complex and ambiguous, but that doesn’t lessen the impact in the lives of the victims. I was abused. And I liked it, some of the time. I loved him, certainly. But that doesn’t change the fact that I have lived with it for the rest of my life and I couldn’t possibly have foreseen the extent of the reverberations. That is meant to be the job of the adults in the equation.

Jillian Lauren is the author of the new memoir "Everything You Ever Wanted" about adopting her son from Ethiopia. You can find her on Twitter @jillylauren.