Even in the best-case scenarios, they warn, the country remains at risk of default 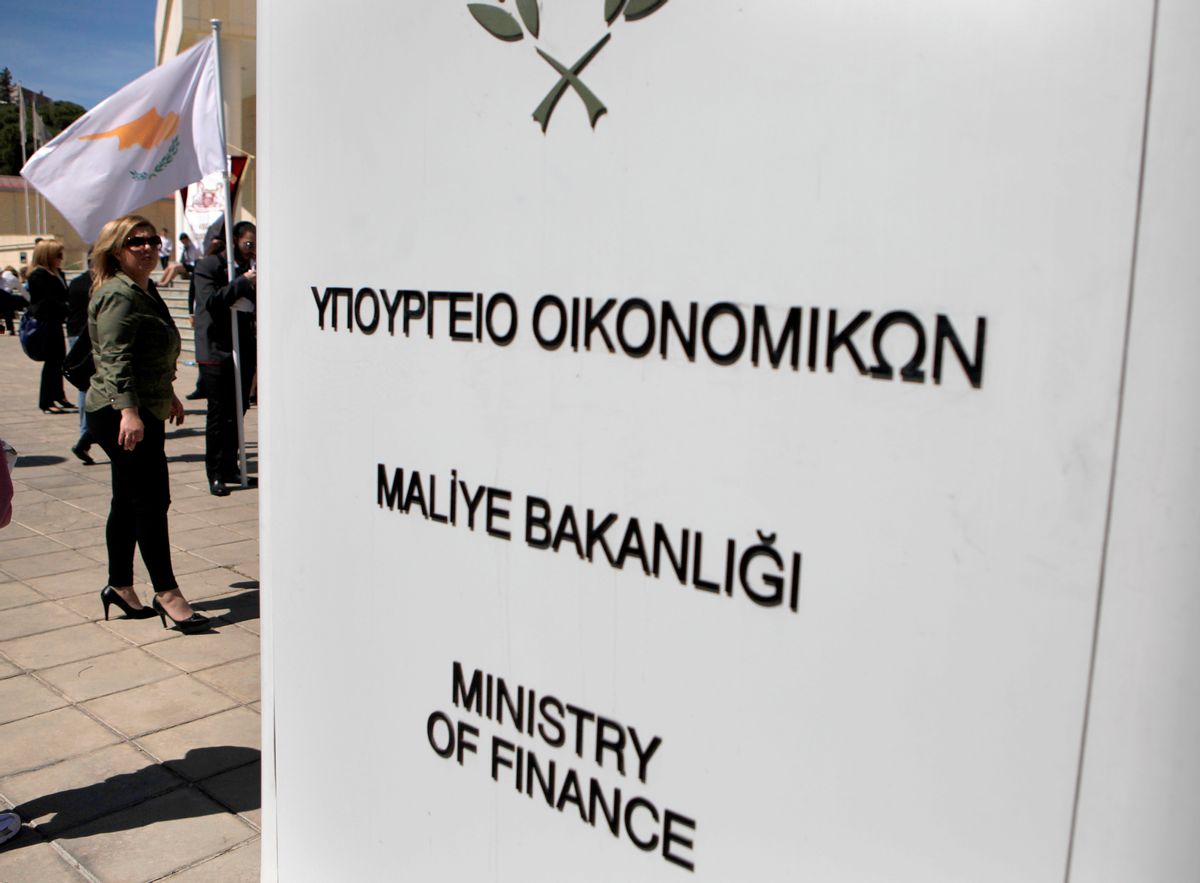 Wall Street analysts weren't impressed by the deal struck to bail out Cyprus, emphasizing that even in best-case scenarios the country remains at risk of default.

"The system's profile as an offshore financial center is unlikely to survive this crisis," Moody's senior credit officer Sarah Carlson said. "The potentially irreparable damage to the country's current drivers of economic growth leaves its ability to sustain its current debt highly in doubt."

The crisis had negative implications for the credit ratings of the region's countries. Moody's Investors' Service says Cyprus will still be at risk of default for a "prolonged period" and possibly a euro zone exit. "Even if negotiations are successful and Cyprus remains within the euro area," the service said in a Monday statement, "policy makers' recent decisions raise the risk of deposit outflows, capital flight, increased bank and sovereign-funding costs and broader financial market dislocation."

Cyprus early Monday secured a bailout from its international creditors after reaching preliminary agreement on how to restructure the country's banking system.

"This Band-Aid deal will have ramifications," Evan Lucas, a strategist at IG Markets told Fox Business. "This deal calls into question the safety of bank deposits, as the next time one of these countries asks the European Central bank for funding, the bank could come back and tap them on the shoulder with a similar deal Cyprus has now agreed to."

The euro rose to $1.30 against the dollar and other major currencies in late Monday morning trade in Europe and also rose slightly against the Yen.

"Cyprus may be too small to matter much economically to the euro area, but the events around the bailout are significant, and contagion remains a risk," Michala Marcussen, global head of economics at Societe Generale, wrote in a note to clients.

Some investors could see Cyprus' bailout as a bad example for the euro zone's larger economies that have struggling banks.

"The way that this bailout has been found, and the compromises there, could have much longer-lasting ramifications," Jane Foley, senior currency strategist at Rabobank, told Reuters. "It does set a bad precedent for the rest of the euro zone, in particular those countries that have a weakened banking sector."

Head of trading at ETX Capital Joe Rundle told CNBC Monday the Cyprus deal was "unpalatable" and the past week left markets nervous about the possibility of contagion spreading across the euro zone's weaker economies.

"Markets are welcoming the news, but this rally is likely to be short-lived with the attention likely to reshift again to the prolonged political uncertainties in Italy, a country that remains ungovernable," Rundle told CNBC.

"That means it's difficult for businesses to pay salaries and buy goods and things like that," Mullen said. "The companies that are big are the food importers and food sellers and medicine importers who might have a very short-term crunch on things like food, and Cypriots are already starting to stock food in the past few days," she said.

For the longer term, she warned that the economy could suffer its biggest blow since Turkey invaded northern Cyprus in 1974, and the likely impact on growth could be minus 15 percent for for the first year and minus 5 percent the next year.

"Employment was already 15 percent. With Laiki, it will instantly be 17.5 percent," Mullen said. "It will be 20 percent within three months and 26 percent within a year."