Rob Portman's son writes about his "coming out" experience

Sen. Portman credited his 21-year-old son, Will, with his gay marriage 180. The experience, in his son's own words 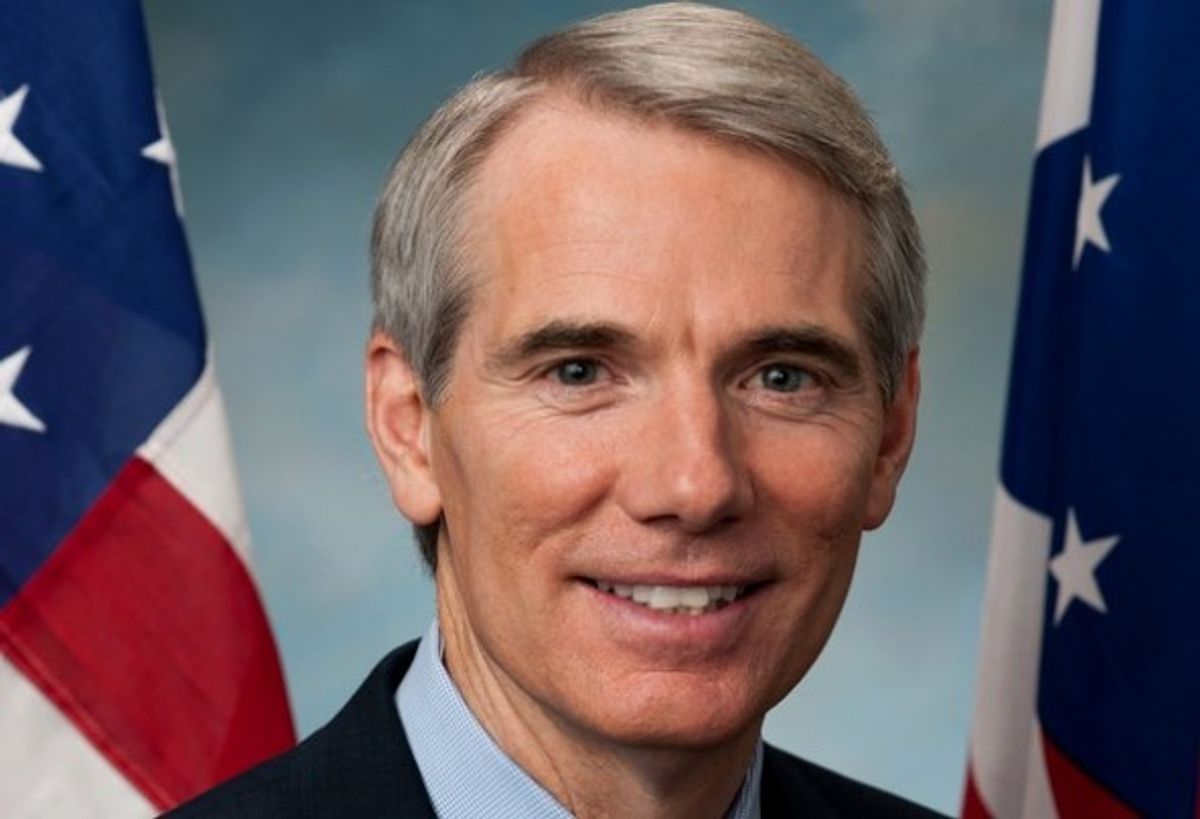 In the Monday edition of the Yale Daily News, Will Portman, Sen. Rob Portman's (R-OH) son, wrote about the experience of coming out to his mother and father as a Yale freshman in 2010. The revelation that his son was gay would eventually change the Ohio lawmaker's position on marriage equality, making him the first sitting Senate Republican to endorse same-sex marriage.

As Will wrote for the Daily News:

I came to Yale as a freshman in the fall of 2010 with two big uncertainties hanging over my head: whether my dad would get elected to the Senate in November, and whether I’d ever work up the courage to come out of the closet.

I made some good friends that first semester, took a couple of interesting classes and got involved in a few rewarding activities. My dad won his election. On the surface, things looked like they were going well. But the truth was, I wasn’t happy.

One night, I snuck up to the stacks in Sterling Library and did some research on coming out. The thought of telling people I was gay was pretty terrifying, but I was beginning to realize that coming out, however difficult it seemed, was a lot better than the alternative: staying in, all alone.

After trying, and failing, to come out to his parents over winter break, Will returned to Yale and wrote them a letter, instead. Their response was "full of questions, but absolutely rock-solid supportive," and would be "the beginning of the end of feeling ashamed about who I was," he wrote.

Soon after, he made a list of friends and family and gradually began coming out to every person in his life. Will wrote that, after nervously telling his best friend from back home in Cincinnati that he was gay, his friend said that he was also gay:

I was surprised. At first it was funny, and we made jokes about our lack of gaydar. Then it was kind of sad to realize that we’d been going through the same thing all along but hadn’t felt safe enough to confide in each other. But then, it was pretty cool — we probably understood each other’s situation at that moment better than anybody else could.

But it wasn't until two years after learning about his son's sexuality that Sen. Portman had his "change of heart" on marriage equality. Will explained that coming around to gay marriage wasn't an easy decision for his father, but a long process of discussing the "policy issues surrounding marriage for same-sex couples" and Will's own reluctance to come out in such a public way that delayed the decision. Until, eventually:

We had decided that my dad would talk about having a gay son if he were to change his position on marriage equality. It would be the only honest way to explain his change of heart. Besides, the fact that I was gay would probably become public anyway. I had encouraged my dad all along to change his position, but it gave me pause to think that the one thing that nobody had known about me for so many years would suddenly become the one thing that everybody knew about me...

I’m proud of my dad, not necessarily because of where he is now on marriage equality (although I’m pretty psyched about that), but because he’s been thoughtful and open-minded in how he’s approached the issue, and because he’s shown that he’s willing to take a political risk in order to take a principled stand. He was a good man before he changed his position, and he’s a good man now, just as there are good people on either side of this issue today.

It wasn't easy coming out under such publicly scrutiny, Will wrote. But it was the best decision for him and his family, he added:

In many ways it’s been a privilege to come out so publicly. Now, my friends at Yale and the folks in my dad’s political orbit in Ohio are all on the same page. They know two things about me that I’m very proud of, not just one or the other: that I’m gay, and that I’m Rob and Jane Portman’s son.