YouTube's court of no appeal

Is there anybody home when Google makes a mistake? 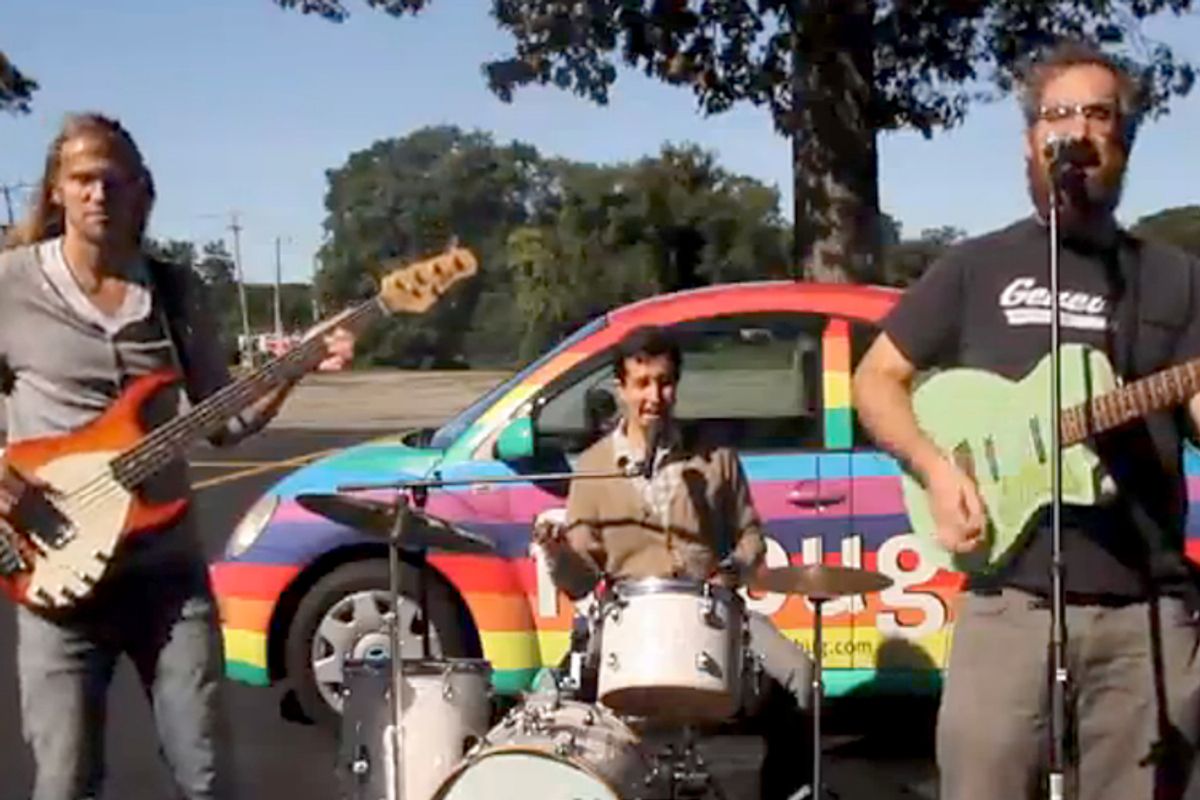 It's an all too common sad refrain of our free-Web-service-dependent lifestyles. Something goes awry, and no matter how hard we try, there just isn't any way to get an actual human being to pay attention.

Sometimes our very livelihoods are threatened.

Such is the story told by the comedy/rock band Fortress of Attitude. Last November the comedy group uploaded their breakthrough video, "P.S. Gay Car" (and yes, it's funny, you should watch it), to YouTube. A month later, Google yanked it. The only explanation: a form letter accusing the owner of the Fortress of Attitude account of having employed some form of automated system to boost traffic. The consequence: a struggling comedy/rock band denied exposure in the world's biggest content distribution network.

Pat Stango, owner of the account in question, vehemently denies employing any artificial traffic generating tricks. He also managed to find a law firm that would help him, pro bono, in his attempt to appeal Google's decision. But despite multiple efforts, Stango's pleas for Google to fix its mistake haven't managed to generate anything more than a series of form letter responses.

I don't know whether Stango is telling the truth about eschewing non-kosher traffic-boosting techniques. His letter to the general public makes him sound like a sincere, stand-up guy. But shouldn't it be Google's responsibility, when pressed, to prove that Fortress of Attitude had erred? Judging by the emails shared by Stango, that's something Google appears constitutionally incapable of doing.

I understand why Google relies on robots for its (non) customer-support. Humans don't scale. Providing live support for a service in which 72 hours of video are uploaded every single minute would crush Google's profits. That's the price we pay for a free service -- shitty service.

But that doesn't make it right. There needs to be some way for meaningful feedback to penetrate these vast monoliths. Stango and Fortress of Attitude are hoping that public clamor can grab some attention. They're funny enough to deserve it.