Colbert responds to Rove: No one's trying to eat you

But "please avoid the urge to cover your face with pineapple rings," Colbert said 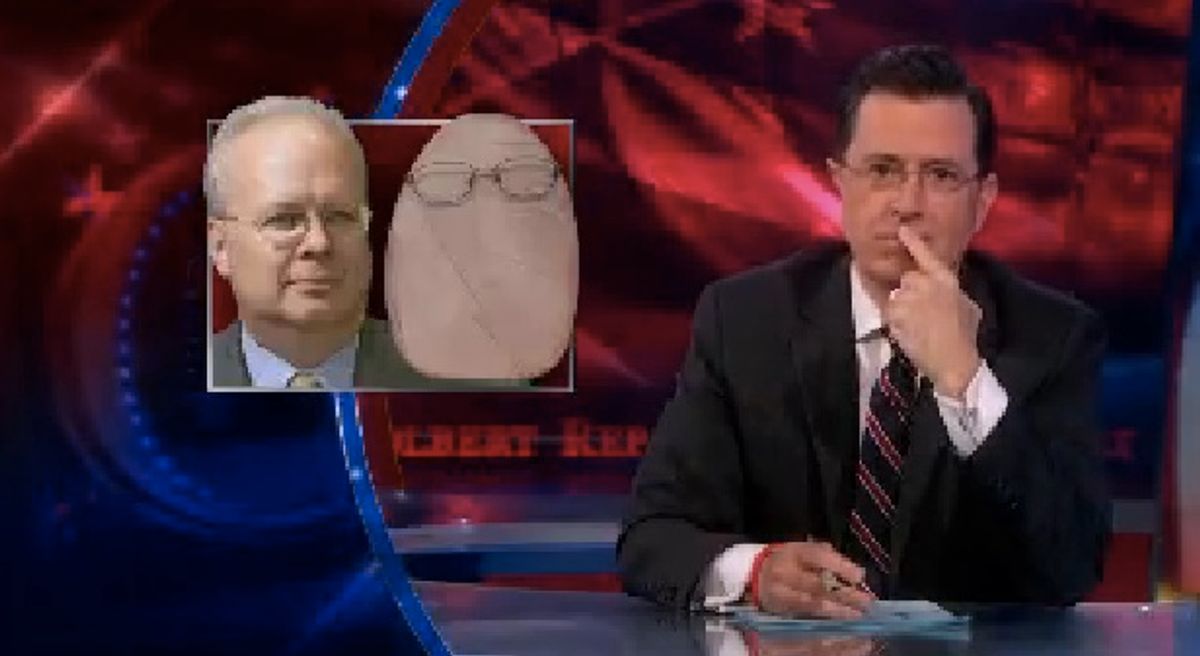 Karl Rove thinks that Stephen Colbert may have "anger management issues," but Colbert assured him on last night's "Colbert Report" that no one is trying to stab and eat him.

Rove had responded to "Ham Rove," the "dearly digested" ham version of himself, who served as Colbert's chief strategist for his Super PAC - and who Colbert stabbed to death last year.

“I don’t know whether that was working out his inner feelings, or encouraging maybe someone to maybe mimic him or just sort of being funny. But there was a little bit of anxiety in his stabs there," Rove said in an interview with ABC News on Sunday.

"Karl, there is no need for anxiety," Colbert said Monday. "I am in no way encouraging anybody to stab Karl Rove. There is a big different between Karl Rove and Ham Rove." But, he added, Easter is coming up, so "Karl, to avoid any confusion with Ham Rove, for the next week or so please avoid the urge to cover your face with pineapple rings."