Readers debate: Is the story anti-woman, or pro-not being a terrible person? 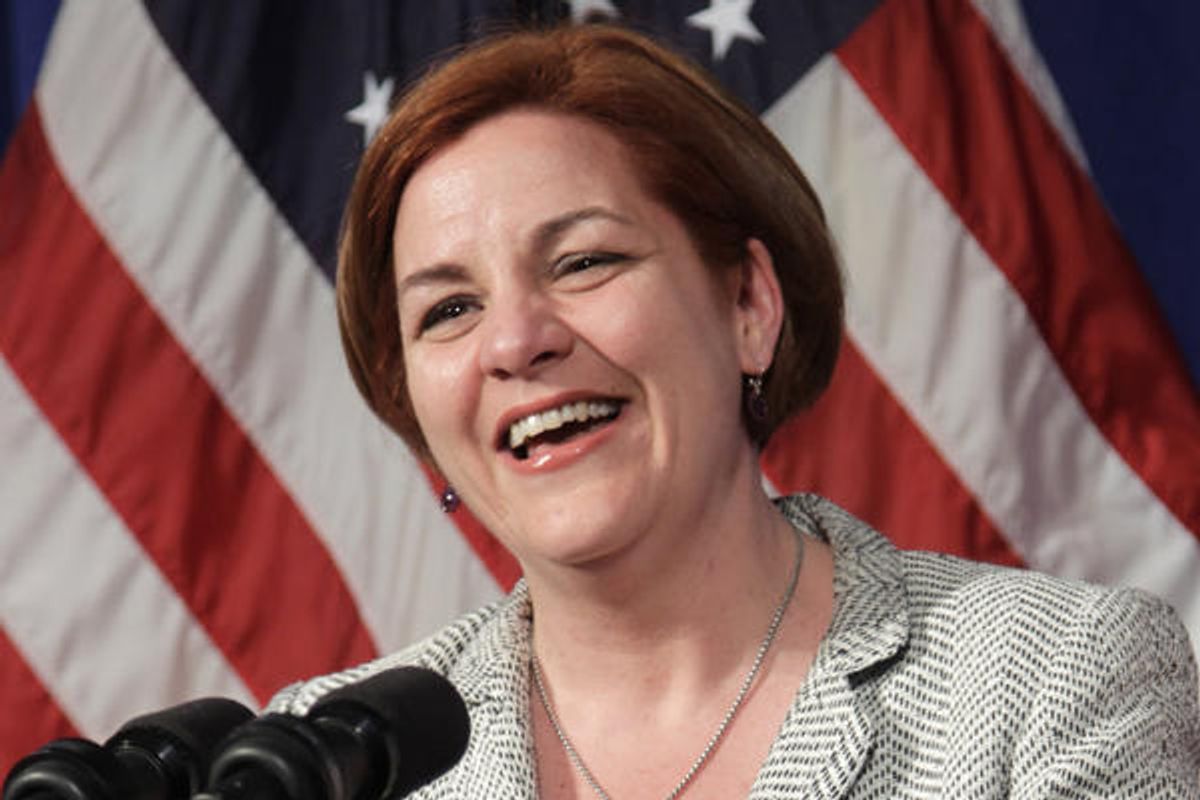 In a 1,668-word article sparking an array of reactions, the New York Times on Tuesday digs deep into New York mayoral candidate Christine Quinn's temper. (It is a very, very bad temper, the article explains.)

Reporters Michael Grynbaum and David Chen provide a few lines in the front-page story to explain that Rudy Giuliani was also a political hothead and that Republican mayoral candidate Joseph J. Lhota once challenged a 77-year-old Holocaust survivor to “be a man.” The rest of the piece includes passages like this:

A session of the New York City Council had descended into chaos, and lawmakers were openly questioning her leadership. Ms. Quinn, the Council speaker, decided there was one person to blame: Betsy Gotbaum, then the city’s public advocate, who had been presiding.

The response was sudden and fierce. Ms. Quinn summoned Ms. Gotbaum to an office nearby and, with little warning, began shouting at her in increasingly angry tones about appearing weak in front of other lawmakers.

“You were like Bambi in there!” Ms. Quinn exclaimed, slamming her hand on a table for emphasis, according to Ms. Gotbaum, who was on crutches at the time.

More than two dozen current and former city officials, lobbyists and political operatives recounted being berated by Ms. Quinn, but few would speak for the record, citing a fear of retaliation. They offered nearly identical accounts of their altercations, describing a rapid escalation of voice and vitriol, occasionally laced with vulgarity.

“Her eyes get really wide, she points her fingers,” one official said. “She gets really close to you. It’s really in your face.”

For her part, Quinn herself doesn't try to hide her aggressive tendencies, explaining that she can "open up the bitch tap and let the water run” and admitting to regularly threatening her colleagues with castration:

In strategy sessions, Ms. Quinn can speak colorfully of other lawmakers, often saying, “I’m going to cut his balls off.”

In Ms. Quinn’s parlance, the phrase can apply to women, as well: in the interview last week, she volunteered that using that phrase with a gender-neutral pronoun -- “their” -- is “a good way of doing it, so you don’t have to wonder about the gender.”

Now, hurling abuse at staff and others around you isn't laudable behavior from a political candidate -- or anyone, really -- but some are alleging that Grynbaum and Chen's portrayal of Quinn's temper is sexist. The Nation's Bryce Covert tweeted: "A woman in power has emotions and the Times is ON IT," and Gothamist's Jen Chung suggested an alternate title for the piece: "Ladies who get mad are SCARY."

But Paul Waldman's take at the American Prospect neatly summarizes the Quinn paradox: She may receive more criticism for her temper because she is a woman, but should still be called out for what is unquestionably abusive behavior. Waldman argues, regardless of your gender or rank in society: "If you treat people around you abusively, especially if they're people who are lower in the hierarchy than you, then you're just not a good person."