"Revolution" returns, lazy as ever

The hit show returns from a four-month break 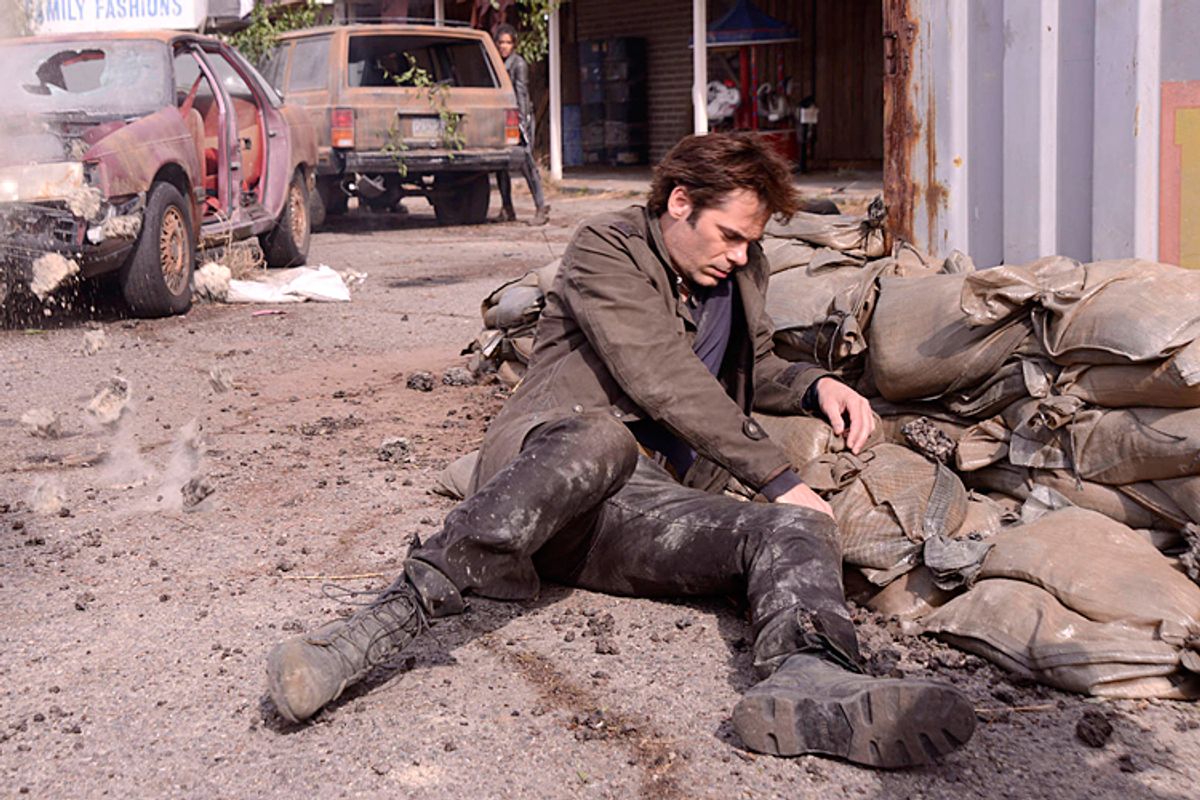 “Revolution,” NBC’s hit drama about what happens when all the electricity in the world goes out, returned from a four-month hiatus last night. “Revolution” took its break after airing  just 10 episodes. NBC said it didn’t want to string very few episodes out over a four-month gap — and four months would give the show some time to up its quality level.  “Revolution” had an audience and an interesting premise, but as I lamented when it first premiered, it put that premise to boring, anodyne ends, making one dull blond girl do stupid things while hunting for her dull blond brother while everyone wore a clean, muted-color Henley shirt in an environment not as specific or strange or scary as a post-apocalyptic, electricity-less world would really be. (And don’t get me started about how QVC the mechanisms that can turn the electricity back on look.)

Alas, the four-month break doesn’t seem to have done much to fix the creative issues. Last night’s episode killed one character (one of those blonds) and refocused the main character's mission. Instead of “rescue and reunite with various blond relatives,” that mission is now “get revenge upon the Monroe and his army,” the man and his forces who control the Northeast, and, thanks to their access to some electricity, plan to take over all of the former United States, which is now split up under the rule of various militias. This is still not quite “get electricity back for the entire world,” which should and will eventually be the survivors' goal, but it is marginally better than “get my dull brother back.”

What’s really alarming about the hiatus, however, is that this episode was lazily written— and it's what they came up with when they had some time! The dialogue was flatter than a top sheet, even though Eric Kripke, who created “Revolution” (and the late “Heroes”) for J.J. Abrams' company, has written better dialogue than this (as has Abrams, obviously). “Lost’s” Elizabeth Mitchell, who is more or less reprising her role as Juliet in “Revolution,” playing a character named Rachel who has all the hyper-restrained, mysterious stillness of Juliet, was shown in flashback telling her son, “I love you to the moon and back,” over and over in what was supposed to be a touching display of affection, but is really just a hackneyed cinematic phrase.

Mitchell’s Rachel at least registers, character-wise: All that quietness draws one’s attention. But both she and Billy Burke's Miles still had to speak in a stilted, awkward way so as not to reveal too much about the past, because doing so would ruin future episodes in which that past is "revealed." "It's a long story," Rachel tells someone asking what happened to her. "It's all my fault," Miles vaguely tells Mitchell about their past. Then they almost kiss.

The dialogue in “Revolution” is the equivalent of white noise: no jokes, no details, nothing to hang on to, just unremarkable sounds that you could sleep through, sounds that get the characters from one conflict to another, from one place they can use their fists to a place where they can use their guns.  The most memorable dialogue in last night’s episode came when the rebels asked for help with what amounted to a suicide mission: going up against a much stronger, electrified force. The rebel leader appealed to the volunteers' patriotism. (The rebels want to bring back the United States, naturally.) “If we go down, we go down as Americans,” the rebel leader explained and so, of course, everyone signed up. The lights may have gone out, but the clichés are still on.