A lost dog, a psychic guru, a poop-hunting detective and severe sexual confusion combine in the demented "Wrong" 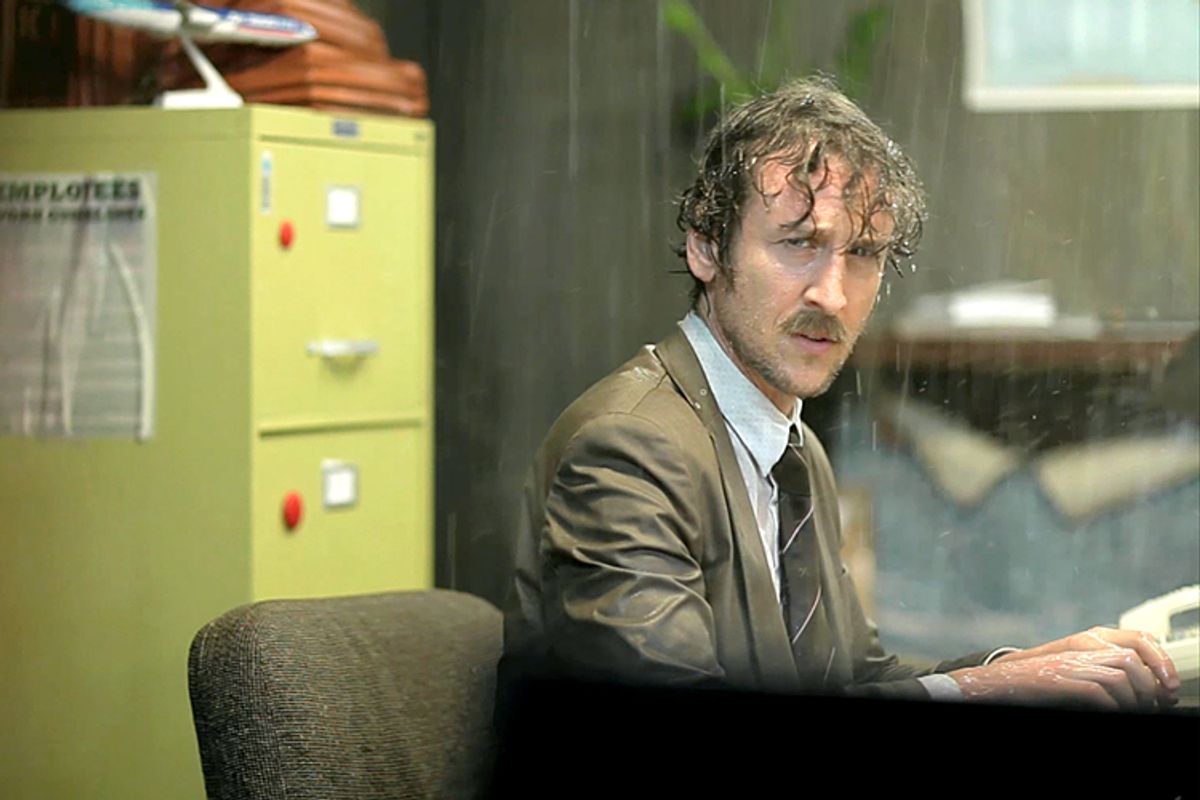 Surrealism is one of those terms that gets thrown around a lot, often without much sense of what it originally meant. Any movie or TV show that includes a dream sequence or fantasy where the laws of physics are suspended or impossible events occur is described as surrealist, and we more or less get the point. What distinguishes Quentin Dupieux’s profoundly strange movie “Wrong” is that it’s surrealist in the old-fashioned sense, the sense employed by Luis Buñuel and Salvador Dalí and the sense applied to Buster Keaton, who might not have thought of himself in those terms but was a surrealist pioneer nonetheless.

If you haven’t heard of Dupieux, that’s because almost no one outside the film-festival circuit (and the electronic-music underground, where he records as Mr. Oizo) has so far. That may soon change. Formerly a successful director of commercials and music videos in France (along with one little-seen feature), Dupieux relocated to America in the late 2000s and altered his trajectory dramatically. While “Wrong” is a very different movie from his 2010 underground hit “Rubber” – a mock exploitation flick about a psychopathic and telepathic killer tire roaming the highways of the Southwest – both use elements of lowbrow pop cinema and TV comedy to make films that border on experimental art. In just two movies (with two more reportedly finished and ready to go), Dupieux is trying to singlehandedly destroy the barriers between grindhouse-style genre movies and art-house cinema.

“Wrong’s” title is almost entirely descriptive: It tells the mundane story of an unemployed man who loses his dog, set in an absurd universe that is almost identical to present-day Los Angeles but subtly (and not so subtly) wrong. Keaton is a major influence here, especially in the deadpan performance of Jack Plotnick (he of “Reno 911!” fame) as Dolph, whose grief-stricken search for the missing Paul – and why is it so funny that the dog is named Paul and the guy Dolph? – entangles him with a dog-psychic guru named Master Chang and a “top-level private detective” whose office is in the back room of a neighborhood pharmacy and who uses high-tech equipment to read the “memories” of an object that dog owners generally pick up with a recycled grocery bag.

There are also echoes of early Coen brothers films, especially “The Big Lebowski,” in “Wrong,” along with echoes of “Groundhog Day,” an example of mainstream surrealism if ever there was one. (Every day before Dolph wakes up, his ‘80s-style digital alarm clock flips from 7:59 to 7:60.) But if you’re thinking hilarious laff-riot, stop right there. As those who have seen Dupieux’s zero-budget Godardian satire “Rubber” will attest, there are chuckles aplenty in his work, but only after you adjust yourself to his sometimes uncomfortable wavelength and accept that he’s not trying to make a conventional comedy.

Sure, the alarm-clock thing is a wacky, farcical gag of a familiar variety. But what about the unexplained fact that it’s always raining inside the travel agency where Dolph works? Or rather, the travel agency where he used to work, since he was fired weeks ago and keeps coming to work anyway. (His perky but vicious ex-boss is played by Arden Myrin, in a brief but memorable turn.) Or the guy who’s going around town painting people’s vehicles different colors without their permission? Or the irritating pizza-parlor girl named Emma (Alexis Dziena of “Entourage”) who falls in love with Dolph after one phone conversation, but doesn’t seem to notice that sometimes her paramour is scruffy, neurotic Dolph and sometimes his ultra-buff French gardener, Victor (Eric Judor)? Emma gets pregnant, presumably by Victor, and gives birth on the beach the next day, to a bespectacled child who looks to be 7 or 8 years old. Unless none of that is really happening, because … oh, never mind. Spoiler alert!

Meanwhile, the official plot of “Wrong,” if you want to call it that, is straightforward enough but full of detours worthy of Diderot or Flann O’Brien. Paul has gone missing, Dolph’s best friend can’t help because he’s on a solo car trip into the void (literally), and the ponytailed Master Chang (the always enjoyable William Fichtner, with an unclassifiable Anglo-German-Indian accent) informs Dolph that he has kidnapped Paul in a tough-love scheme gone awry, but has foreseen in a dream that all will end well. And so it does!

Along the way Dolph must struggle with Master Chang’s two-volume course of study on forming psychic connections with your dog (the Master has repudiated and denigrated Volume One), deal with the red-herring quest and anger management issues of Detective Ronnie (Steve Little of “Eastbound & Down”) and his excreta-probing devices, and face the capricious and baffling behavior of the LAPD. (That, at least, is not surreal at all.) He ends up with an alarming head injury, a car that’s now a different color and possibly a new girlfriend and stepchild, although I can’t claim that’s entirely clear. But the dog is fine. As this wry, dry and glittering near-masterpiece proclaims, life is full of wrongness, but also full of mystery and wonder.