In 1967, the Supreme Court tested the definition of matrimony -- and helped pave the way for the current battle 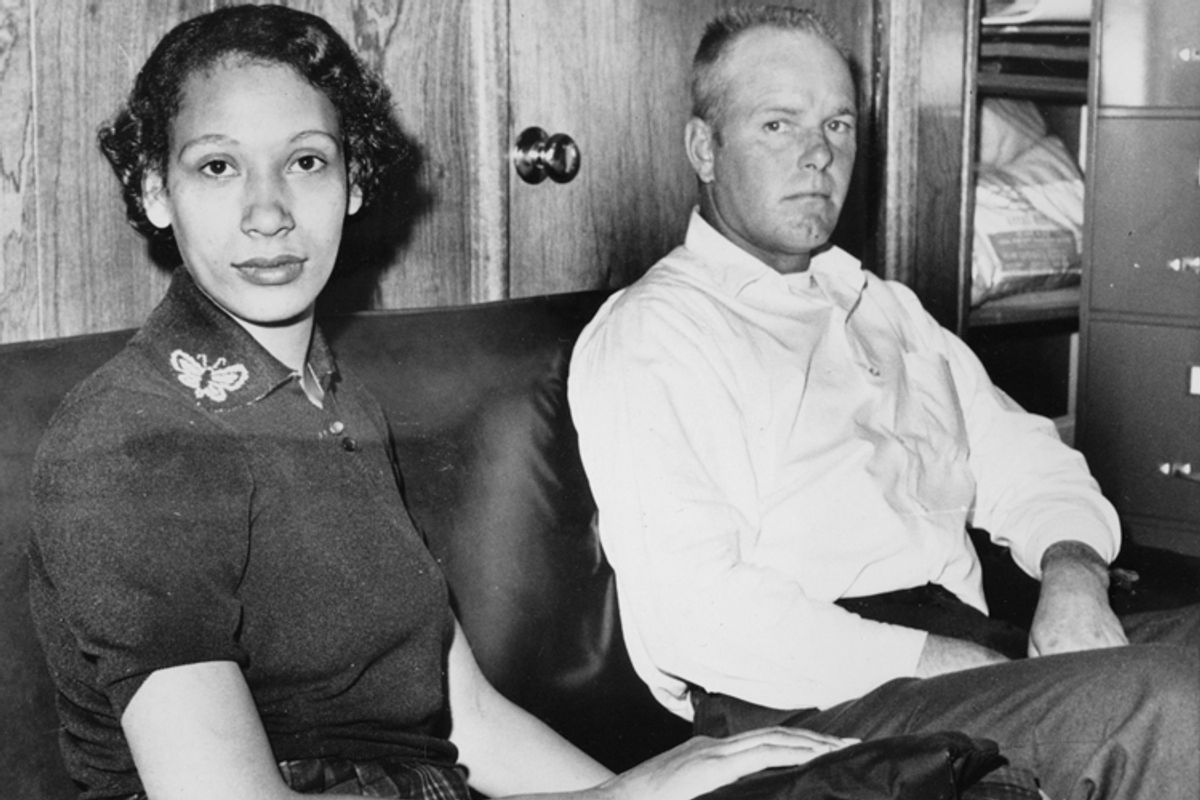 They were just two young people in love, so they got hitched and started a family. But in the eyes of the law, they were cohabitating "against the peace and dignity of the Commonwealth." They were, in the words of Judge Leon M. Bazile, "guilty of a most serious crime." Until they took their fight for the right to live as a legally married couple all the way to the Supreme Court.

The landmark 1967 decision in favor of the white Richard and his African-American and Rappahannock spouse Mildred Loving – a ruling that struck down the prohibition against interracial marriage in America – has been much referenced in recent days, as the Supreme Court once again grapples with the issue of marriage equality. On Tuesday, attorney Ted Olson told the justices, "The label 'marriage' means something … You could have said in the Loving case, you can't get married, but you can have an interracial union. Everyone would know that was wrong. Marriage has a status, recognition, support."

The late Mr. and Mrs. Loving never imagined themselves as trailblazers -- and they certainly couldn't have foreseen that they would one day be role models in a different kind of fight for marriage equality. It was back in 1958 that Dr. Martin Luther King declared, "When any society says that I cannot marry a certain person, that society has cut off a segment of my freedom." But in that same year, the Lovings set in motion a revolution that would put that ideal to the test – and they did it with their eyes shut. They were home sleeping in their bed when a county sheriff and two deputies burst into their home. When one of them asked Richard, "Who is this woman you’re sleeping with?" Mildred answered, "I'm his wife." And with those three words, the couple found themselves branded as "known felons" under the Racial Integrity Act -- and began a nine-year odyssey for the right to live as a married couple in their own state.

In his indictment of the Lovings, Judge Bazile cited "the awfulness of the offense," stating, "Almighty God created the races white, black, yellow, malay and red, and he placed them on separate continents. And but for the interference with his arrangement there would be no cause for such marriages. The fact that he separated the races shows that he did not intend for the races to mix." Years later, as the couple prepared to take their case to the Supreme Court, Loving gave his attorneys his simple, elegant rebuttal. "Tell the court I love my wife," he said, "and it is just unfair that I can’t live with her in Virginia." In its ultimate decision, the Supreme Court agreed, and reiterated that "Marriage is one of the 'basic civil rights of man,' fundamental to our very existence and survival."

The whole thing seems insane now, ridiculous and petty. Yet it was a battle that was fought within the lifetimes of many of us. And it's helpful to remember that we currently live under a president whose own parents' marriage would not have been legal in 18 American states when he was born. Our country has been on the wrong side of justice before, and for a very long time -- a justice that's being put once again to the test. That's why, citing Loving, Solicitor General Donald Verrilli noted Tuesday, "I think the Court recognized that there is a cost to waiting, and that that has got to be part of the equal protection calculus."

Mildred Loving was a private individual, especially after the death of her husband in 1975. But a year before her own demise, on the 40th anniversary of the decision that changed the national conversation about marriage, she said, "I am still not a political person, but I am proud that Richard's and my name is on a court case that can help reinforce the love, the commitment, the fairness, and the family that so many people, black or white, young or old, gay or straight seek in life. I support the freedom to marry for all. That's what Loving, and loving, are all about."