How the Monsanto Protection Act snuck into law 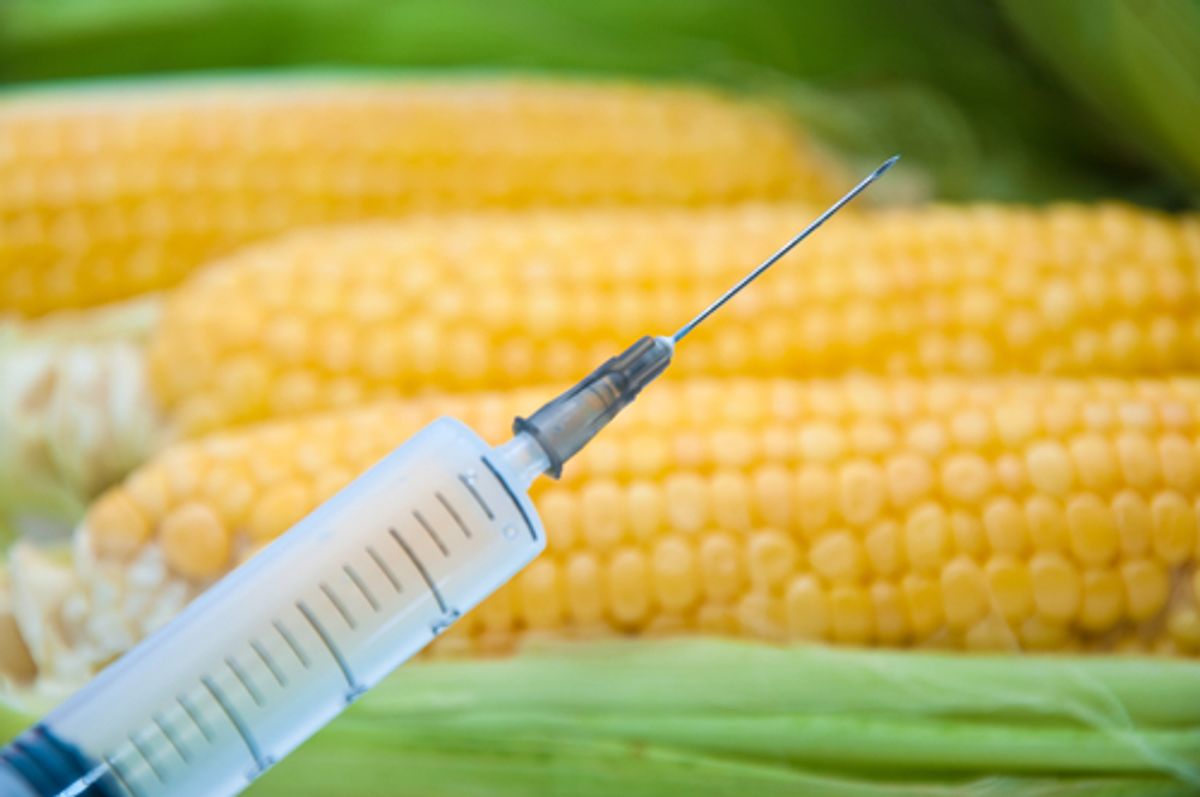 Updated, March 28: A number of readers have requested to know exactly where in the HR 933 they might find the provision dubbed the "Monsanto Protection Act." It is Section 735 in the bill, the full text of which can be read here.

Original post: Slipped into the Agricultural Appropriations Bill, which passed through Congress last week, was a small provision that's a big deal for Monsanto and its opponents. The provision protects genetically modified seeds from litigation in the face of health risks and has thus been dubbed the "Monsanto Protection Act" by activists who oppose the biotech giant. President Barack Obama signed the spending bill, including the provision, into law on Tuesday

Since the act's passing, more than 250,000 people have signed a petition opposing the provision and a rally, consisting largely of farmers organized by the Food Democracy Now network, protested outside the White House Wednesday. Not only has anger been directed at the Monsanto Protection Act's content, but the way in which the provision was passed through Congress without appropriate review by the Agricultural or Judiciary Committees. The biotech rider instead was introduced anonymously as the larger bill progressed -- little wonder food activists are accusing lobbyists and Congress members of backroom dealings.

The Food Democracy Now and the Center for Food Safety are directing blame at the Senate Appropriations Committee and its chairman, Sen. Barbara Mikulski, D-Md. According to reports, many members of Congress were apparently unaware that the "Monsanto Protection Act" even existed within the spending bill, HR 933; they voted in order to avert a government shutdown.

"It sets a terrible precedent," noted the International Business Times. "Though it will only remain in effect for six months until the government finds another way to fund its operations, the message it sends is that corporations can get around consumer safety protections if they get Congress on their side. Furthermore, it sets a precedent that suggests that court challenges are a privilege, not a right."