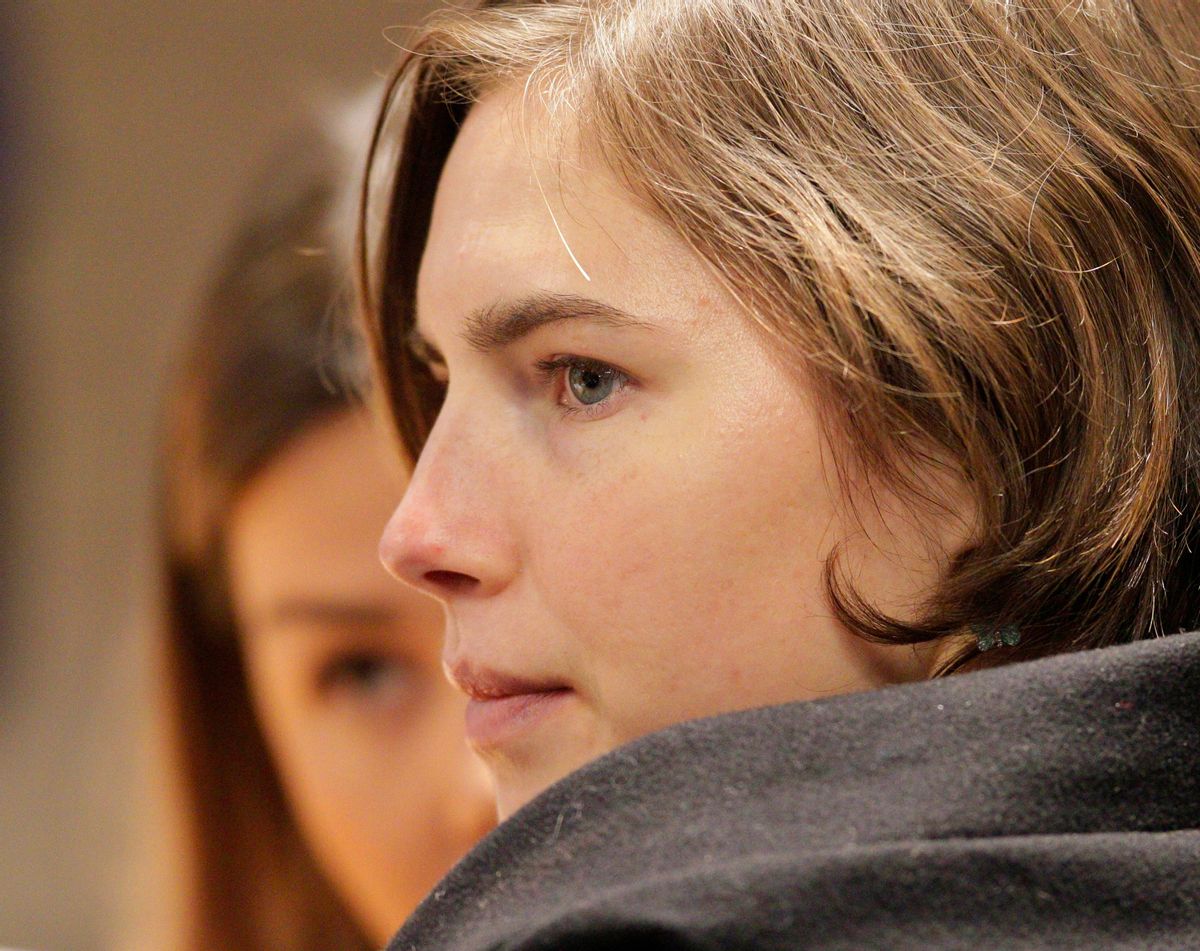 That's how the country's No. 1 newspaper summed up Italy's slow-moving, and at times inconclusive, justice system.

The decision by Italy's highest criminal appeals court to overturn the acquittals of American student Amanda Knox and her former Italian boyfriend, and order a new trial in the 2007 slaying of her British roommate, is once again raising concerns both at home and abroad about how justice works in Italy.

It's a system where people cleared of serious crimes can have the threat of prison hanging over them for years, while powerful politicians such as former premier Silvio Berlusconi can avoid jail sentences almost indefinitely by filing appeal after appeal until the statute of limitations runs out.

"Lots of confusion and contradictions," said restaurant chef Angelo Boccanero, giving his impression of the Knox case as he sipped his morning espresso.

And it's not just the criminal courts that raise eyebrows.

The back log on civil cases is so severe that it hampers desperately sought foreign investment to Italy. Divorces can take years to process, meaning that couples who've had enough remain legally tied. And forget about getting quick compensation in a fraudulent property deal — it can take ages (if ever) before you'll see any money.

Successive governments have pledged to streamline proceedings but have so far failed to do so. That's largely because powerful people in politics, business and the judiciary have repeatedly fended off reform to protect their interests and the people close to them.

One criticism of the system is Italy's high number of lawyers. Milan, for example, has more attorneys than all of France. In civil cases, it takes an average of seven years to reach a verdict.

Defenders say that Italy's legal system is one of the world's most "garantista" — or protective of civil liberties. Defendants are guaranteed three levels of trial before a conviction is considered definitive and both sides are granted the right to appeal — although prosecutors often don't appeal minor acquittals. It's a system that sprang up in the postwar era to prevent the travesties of summary justice seen under fascist dictator Benito Mussolini, but in reality it means that justice can be delayed until it's denied as cases move at a snail's pace through the bloated legal machine.

Italy is also one of the leading voices in the world in campaigns to abolish capital punishment. In 1996, Italy refused to extradite one of its citizens wanted for murder in Florida, saying it did not receive sufficient guarantees he would not risk execution if convicted. He was tried in Italy, convicted and sentenced to 23 years in prison.

For Knox, the system allowed new evidence in the appeals trial that led to her 2011 acquittal. But it also is exposing her to a third trial — which in all likelihood will be followed by another round at the supreme court. Knox is not expected to attend her retrial. If she is convicted — and the conviction is upheld by highest criminal court — Italy could seek her extradition. The United States law allows extradition of its citizens.

Another key aspect of the Knox case: The Italian system does not include U.S. Fifth Amendment protection against a defendant being put in double jeopardy by government prosecution.

"Our judicial system, like all judicial systems, is fallible," said Stelio Mangiameli, a constitutional law expert at Rome's LUISS University, but added: "It's not worse or better than the United States."

He said that, in addition to guarantees for the defense, Italy takes pains to protect the rights of the victim.

"You need to consider when there is a crime, there is also a victim," said Mangiameli. "In the Amanda Knox case, there is a dead girl and someone needs to respond for this death, no matter if American or French or any other nationality."

But the process, which in some cases runs over decades, can leave people like Knox in judicial limbo.

In September, an Italian civil court ordered the government to pay 100 million euros in civil damages to relatives of 81 people killed in a 1980 air disaster whose cause has been attributed alternately to a bomb on board and to being caught in an aerial dogfight. The court held that the transport and defense ministries had concealed the truth, even though a criminal court acquitted two generals for lack of evidence five years earlier.

It would seem natural that after three decades, the September decision meant the case was closed. Instead, appeals are pending.

For two decades, Berlusconi has been moving from trial to trial on charges that include corruption, tax fraud and sex-for-hire. He has described himself as an innocent victim of prosecutors he routinely slams as communists.

The ex-premier has so far never had a conviction upheld by the highest court and never served any time in jail. His lawyers employ vigorous defense techniques that have included laws — one struck down as unconstitutional — blocking top government officials from prosecution. As premier, Berlusconi himself has enacted legislation that is widely seen as tailor-made to shield him from legal difficulties.

Sometimes, however, justice is served.

Parmalat founder Calisto Tanzi is serving an eight-year sentence on market rigging related to the stunning 2003 collapse of his dairy empire despite his advanced age. Tanzi, now 74, has been jailed since 2011 for his role in the scandal that defrauded thousands of small-time investors, despite arguments by his lawyer that his health is failing and that he should be granted house arrest under a law allowing it for convicts over age 70.

Tanzi faces even more jail time — nearly another 18 years — on a conviction of fraudulent bankruptcy and criminal association in the euro 4 billion bankruptcy. There is one more appeal on that sentence.

Whether the 25-year-old Knox, who spent four years in prison during the investigation, trial and first appeal, ever returns to Italy to serve more prison time depends on a string of unknowns.

Should she be convicted by an appeals court in Florence court, she could appeal that verdict to the Cassation Court, since Italy's judicial system allows for two levels of appeals — by prosecutors and the defense. Should that appeal fail, Italy could seek her extradition from the United States.

In defending Italy, some experts say the system cuts both ways.

"If she had been wrongly convicted," said criminal lawyer Manrico Colazza, "she would have been happy there was a court to reverse it."