Can elder abuse be stopped? 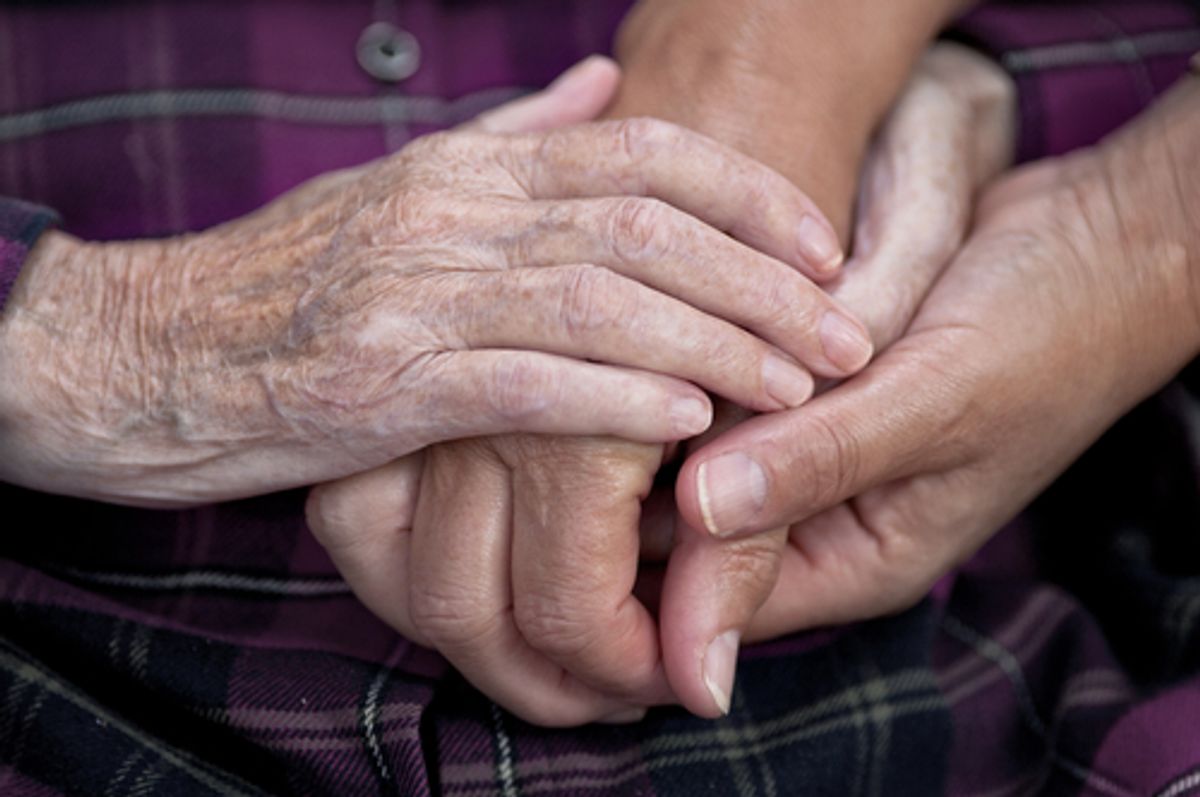 Americans aged 65 and older are the nation’s fastest growing demographic group, according to the 2010 U.S. Census. And although crimes committed against the elderly are increasingly a matter of concern, advocates say too little is being done to address the problem.

“It’s the dirty little secret no one wants to talk about,” said Robyn Grant, public policy and advocacy director for the National Consumer Voice for Quality Long-Term Care in Washington, D.C.

“We’ve got to give it the attention that child abuse and domestic abuse are given in this country.”

In interviews with The Crime Report, experts said one of the key obstacles to dealing with the broad variety of crimes that affect the elderly—ranging from financial fraud to sexual, mental and physical abuse—is the lack of coordination between law enforcement and medical and social service professionals who work with the aged population.

But this may be changing.

A handful of “elder abuse forensic centers” around the country are pioneering an innovative approach that brings together police, social workers, geriatricians, accountants, psychologists and others who previously tackled the issue from the separate perspectives of their fields.

“By collaborating, we can come up with strategies to really deal with the cases in a more focused way,” says Los Angeles County prosecutor Belle Chen, who supervises the elder abuse unit of the Los Angeles district attorney’s office.

Chen is among those conferring with other elder abuse workers during regular meetings at the Los Angeles County Elder Abuse Forensic Center, launched at the University of Southern California Davis School of Gerontology in 2006 and housed at USC’s California Medical Center.

The University of California at Irvine established the first forensics center in 2003. Today, six such centers are operating: three of them in California, one in Texas and two in New York.

By summer 2013, the New York City Elder Abuse Center’s Manhattan contingent will start its multi-disciplinary reviews of suspected elder abuse cases. The Brooklyn arm of that endeavor, created and run by the Project on Elder Abuse and Neglect at Weill Cornell Medical College, has been reviewing cases since 2010 and meets three times a month.

A study published in a May 2012 issue of The Gerontologist concluded that, as a consequence of the USC center’s probe of suspected financial abuse of the elderly, the Los Angeles district attorney’s office registered an eight-fold spike in the number of such cases it prosecuted between April 2007 and December 2009.

That is a natural outgrowth of the center’s targeted, consultative strategy, according to Dr. Diana Homeier, director of the Los Angeles forensic center.

“I started working as a geriatrician 13 years ago, and one of the things I very quickly learned is that there was very little communication between the agencies in this field,” Dr. Homeier told The Crime Report.

“Adult protective services would do an investigation. Law enforcement would do a separate investigation. And they would go to court and no one really knew exactly what the other agency was doing. No one had a full grasp of what was going on.”

But the forensic center model lets professionals with one set of skills gain essential insight from others with different workplace protocols and proficiencies in handling elder abuse.

“Any partner at the table can bring a case,” Dr. Homeier says.

“The whole process increases the probability of agencies working together to achieve our desired goal of better protecting the elderly… This model is on the cutting edge. It’s a whole new way of looking at elder abuse cases.”

“The responses tend to be much more robust” through that collaboration, says Weill Cornell’s Risa Breckman, the New York City center’s executive director.

“The cases are discussed thoroughly and efficiently because we have all these people looking at it from different perspectives.

“If I was sitting alone, I might not understand the criminal angle, but if a prosecutor is there, they may say, ‘Gee, this is a case we need to investigate it further.’”

If there’s a paucity of such centers across the country, that’s partly because programs tackling elder abuse have been underfunded historically, advocates for the elderly contend.

President Barack Obama’s landmark Affordable Care Act, for example, includes provisions aiming at paring on elder abuse, but so far no funds have been allocated to pay for them.

Elder abuse can be physical, emotional, financial and sexual in nature. Some obvious signs, according to Dr. Homeier of the Los Angeles center,  include “malnutrition, dehydration, pressure sores, poor care, poor hygiene, a delay in seeking care when a person falls and injures themselves.”

“It can be deliberate,” she adds. “But it also can be a lack of resources and a lack of understanding. If, let’s say, somebody is caring for their mother who becomes bedbound, they might not have an understanding that their mother is at higher risk for pressure ulcers and turn them from time to time.

While the full magnitude of elder abuse is not precisely known, the U.S. Administration on Aging’s National Center on Elder Abuse has cited studies suggesting that only one in 14 cases is reported to the proper authorities.

New York is the only state to conduct such a survey.

The numbers, however imprecise, suggest that the handful of forensics centers around the country barely meets the need.

Dr. Homeier says her teams include a social worker and occasionally even a detective, if warranted.

The ability to share perspectives and understanding, she adds, is a ”very powerful tool.”