Not without our apostrophes!

Punctuation gets a reprieve in England 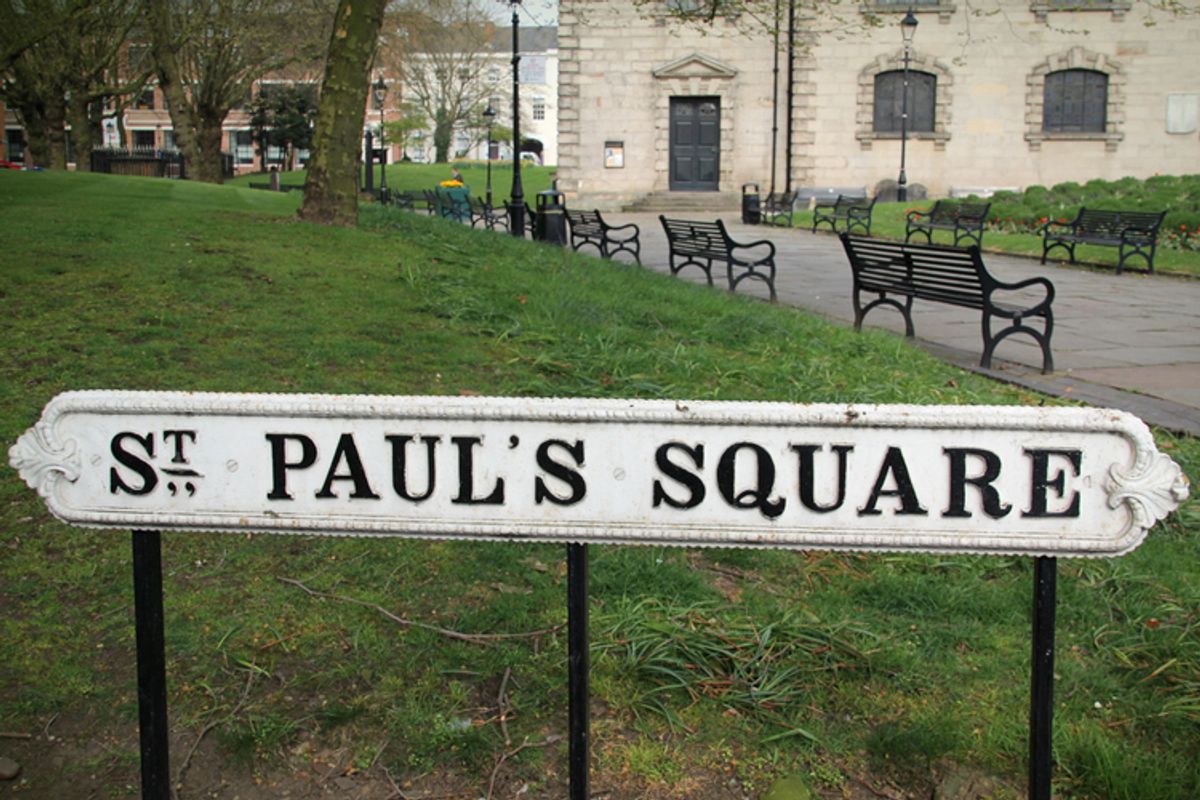 After a lengthy era of superfluous punctuation running wild through our shop signs and tattoos, who'd have thought we'd ever come to the day when the apostrophe might become an endangered species? But over the past month, a ferocious battle has been going on over in the U.K., with nothing short of the fate of the possessive mark at stake.

It began with local officials in southwestern England's Mid Devon District moving to streamline street signs to avoid "potential confusion." Chillingly, the council went so far as to propose, "All punctuation, including apostrophes, shall be avoided." So incendiary was the plan that it made outraged headlines around the globe, culminating Thursday in the issue being put to a vote. Picture it: A King's Road rechristened "Kings Road." And as you hold that image in your mind, you will begin to understand that there are two kinds of people in the world: those who don't see what the big deal is, and those who are currently making strangled, gasping cries from the backs of their throats. How many of these "Kings" are we talking about here? The people demand answers!

Members of the Mid Devon District's local council must have assumed most people fall into the former category — especially when the world is becoming an increasingly hostile environment for apostrophes. Four years ago, Birmingham banished them from its street signs to achieve a "consistent" standard and "help emergency services who rely on computerized databases and satellite navigation to find addresses quicker." Apostrophes do not suit themselves to URLs, which is why Papa John's and Friendly's and Arby's and Wendy's and Mrs. Butterworth's don't have them on their Web addresses. There's a reason that "Monty Python's Flying Circus" is known on the Internet as just pythonline.com and "Pee Wee's Playhouse" is just peewee.com. Last year, the venerable British bookseller Waterstone's dropped its apostrophe for the new sleek moniker Waterstones. At the time, its managing director called it, "in a digital world of URLs and email addresses, a more versatile and practical spelling." And if you don't think there's any distinction to be made between the possessive and the plural, THAT'S JUST GREAT, WHATEVER.

But English patience for these things has a limit. Stefan Gatward became an outlaw hero when he went on a campaign to correct — or deface, as the magistrate's court saw it — the street signs in his neighborhood that were missing apostrophes by adding them. The self-appointed protector of St. John's Close told the Telegraph, "It's the cavalier attitude to language I can't abide," adding that the persons responsible for the street sign reading "All Saints Rise leading to All Saints Road" "should be flogged." And before the apostrophe elimination vote this week, Mid Devon's own council leader, Peter Hare-Scott, issued a statement saying, "Personally, I'm not happy about using English that's incorrect and don't find this acceptable."

Ever the devil's advocate — or devils if you don't care about anything, I guess — Baltimore Sun columnist John E. McIntyre argued earlier this month that when it comes to names, "neatness is not everything" and that the apostrophe preservationists are just making "a feeble effort to grasp at a sense of superiority." And writing in the L.A. Times this week, Henry Chu pointed out the willy-nilly way the apostrophe is already applied in England — Why is it Earl's Court but Barons? Why is it Regent's Park, except when it's Regents?

Yet awkward and inconvenient though it may be, the apostrophe has ultimately won a small stay of execution. On Thursday, local officials decisively tossed out the proposed change in its street signs. A jubilant Peter Hare-Scott told the L.A. Times, "We made absolutely clear we wouldn’t accept any policy that does away with apostrophes or indeed any other punctuation marks. As a public body ... we have a duty to promote good English." And that's good English for you. It's frequently messy and inconsistent, but it's still able to distinguish whether a lane is Locksey's or a bunch of Lockseys, with one tiny stroke.