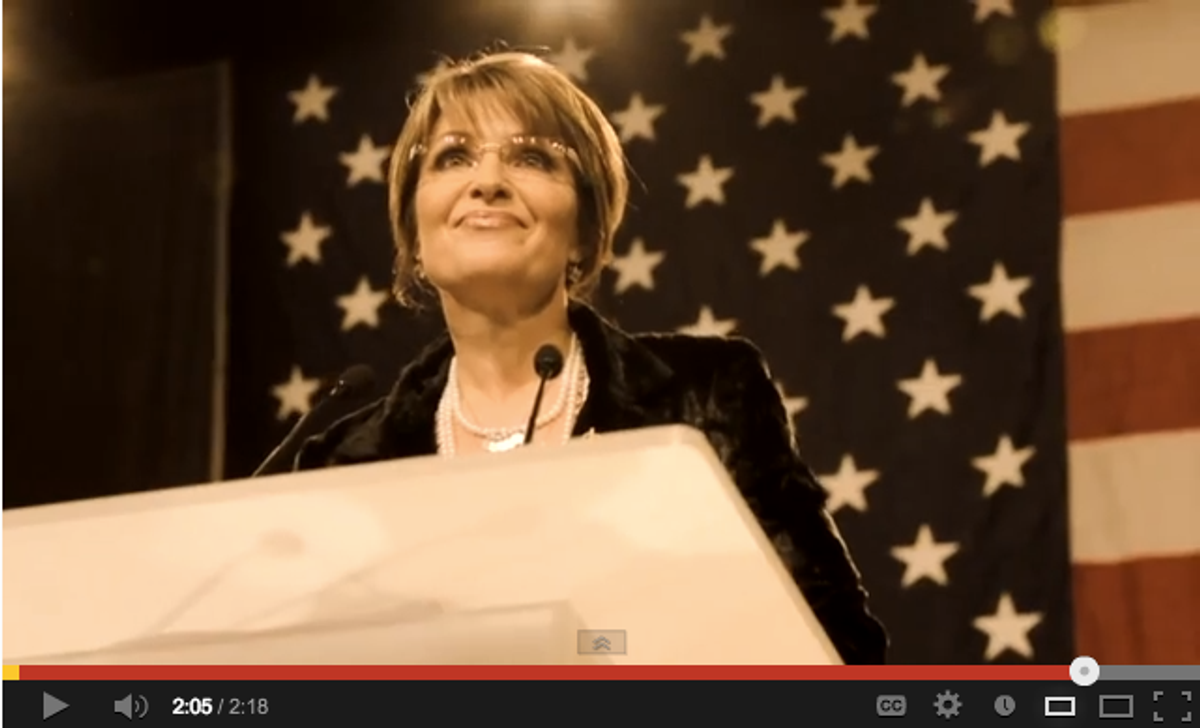 Sarah Palin relaunched her political action committee on Thursday, the adorably named SarahPAC, with a rousing video slamming "the big consultants, the big money men, and the big bad media" fueling our elections. But as John Alvon at the Daily Beast reports, Palin is using SarahPAC to raise a political war chest ahead of the 2014 elections -- money she will spend, handsomely, on conservative political consultants.

Alvon went through SarahPAC’s Federal Election Commission filings; his findings may surprise you. (Or not. It is Sarah Palin we're talking about, after all):

Seen through the lens of the invaluable Center for Responsive Politics, Palin’s PAC spent $5.1 million in the last election cycle (more than it raised in that time period, raising some questions about Palin’s claims of fiscal responsibility).

But the real news comes when you look at how donors’ money was actually doled out: just $298,500 to candidates. The bulk of the rest of it, more than $4.8 million, went to -- you guessed it -- consultants...

Palin’s chief PAC consultant, Tim Crawford, pocketed more than $321,000 this election cycle in direct payments alone, according to the documents. Aries Petra Consulting was taking in between $6,000 and $8,000 a month for speechwriting and “grassroots consulting” -- something that sounds like an oxymoron, but ended up costing north of $160,000.

In fact, Alvon had difficulty finding a single, non-administrative budget item that consultants weren't somehow involved in, leading him to note wryly:

So when Palin thundered at CPAC that “Now is the time to furlough the consultants, and tune out the pollsters, send the focus groups home and throw out the political scripts, because if we truly know what we believe, we don’t need professionals to tell us” -- it was a riff written by speechwriters and informed by all tools she tried to diss.

You can watch Palin's action committee relaunch video "Loaded for Bear" below.

And for those confused about what the heck "loaded for bear" means, a definition can be found here. (Spoiler: It kind of implies paranoia.)