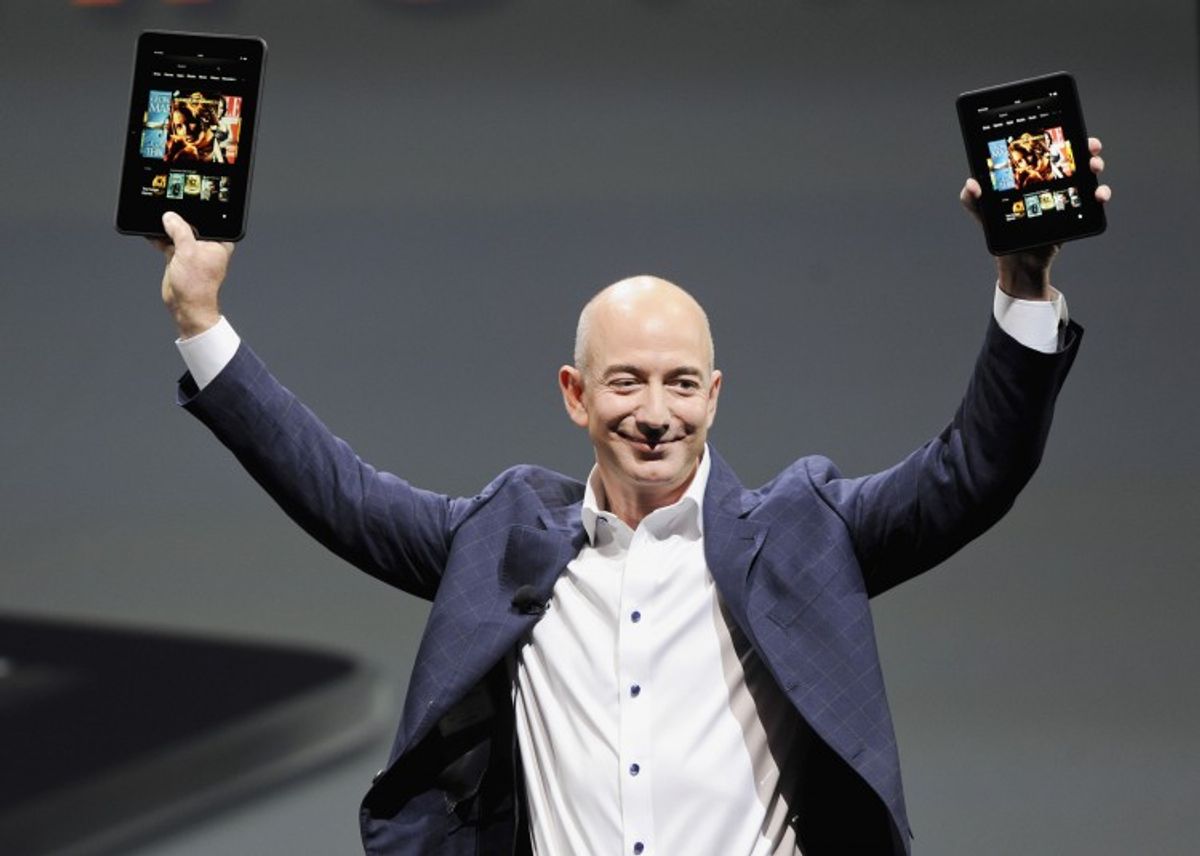 On Thursday, Otis Chandler, the CEO of Goodreads, cheerily posted, “Today I'm really happy to announce a new milestone for Goodreads. We are joining the Amazon family. We truly could not think of a more perfect partner for Goodreads as we both share a love of books and an appreciation for the authors who write them.”

Many of the 16 million Goodreads users probably thought of different analogies than “joining the family.” How about “being swallowed by an anaconda after being squeezed to death”? Or my initial response on Twitter: “`Joins’ Ha. Ha. Good one. Like Poland `joined’ The Third Reich.”

On the Goodreads Facebook page, sentiment about the acquisition is running 10-to-one against it. Many members felt proprietary about the site and posted with surprising venom that they felt betrayed and were going to delete their accounts. A typical response: “You screwed us over. Take your money and run. You know the site you worked so hard on" will be corrupted by Amazon.”  More measured voices implored Goodreads “please don't compromise the integrity of the best online community of book lovers.”

In just five years Goodreads has grown into the largest outlet for armchair reviewers and readers to share their opinions, as well as a safe space for author-reader interactions. Most members saw Goodreads as an unbiased haven for books, a place where they could profess their bookish love free from the ugly noise of commerce. And the noise has certainly been ugly the past few years, with the closing of Borders and many independent bookstores, the consolidation of the corporate publishers, the e-book pricing wars. In the background of all this ugliness has been the rise of Amazon and their unabashedly thuggish way of doing business.

The Amazon-Goodreads news came as a shock to many of us. But what were we thinking? Did it never occur to us Goodreads members that what seemed like a book-lover’s paradise was actually a fantastically valuable chunk of pure data just ripe for the mining? Businessweek, using past valuations of other acquisitions like LinkedIn and Pinterest, puts the deal’s worth at $880 million to $1 billion, or a minimum of $55 for every user. Even if they are off by a factor of 10, $88 million to $100 million is a staggering amount of money for the two San Francisco co-founders and their team of 40 employees.

It is naïve to believe that Otis Chandler, the affable co-founder of Goodreads, didn’t realize very quickly the value of the beautiful data universe he created. Why would he settle for revenue generated through advertisements and promotions? Still, the common refrain among shocked users is “Why did it have to be Amazon?” Why couldn’t it have been Apple, Barnes & Noble, or any other seemingly less rapacious suitor? Monsanto or Dow would probably have been more welcomed by users. Was there no interest from other quarters? Suzanne Skyvara, Goodreads VP of communications, told Salon the company would have no comment about this.

I can only assume that no one else was willing to compete with Amazon. The acquisition, from a pure business point of view, is simply brilliant, and I’m sure they were ready to spend whatever was unreasonable for so much wonderfully pure data. Once again, Amazon is a step ahead of their competition.

While the move is no doubt good for Amazon and for the Goodreads team, the common assumption among Goodreads members, however, is that Amazon will continue to be Amazon—famously ruthless and exclusionary, basically everything that the crowd-sourced Goodreads is not.

The reaction from writers I’ve spoken with has also been mostly negative. Most writers I know have author pages on Goodreads, and for years they have been benefiting from Goodreads promotions and the vibrant interactions with fans the site has fostered. However, when asked to comment for this piece, few were willing to go on the record, citing their fear of retaliation from “Big Brother.” A typical response: “Amazon is a mighty beast, and a famously resentful one. I'm sorry to see Goodreads, a previously neutral zone, get swallowed in this way. I won't use it again.”

It’s not a universal opinion. A few writers had positive things to say about the acquisition, and more specifically Amazon, like Matt Briggs, a Seattle author who told me, “from a writer's perspective Amazon is an amazing and powerful tool. It is essentially transparent and makes money by facilitating direct contact with readers. Amazon is hostile toward the middle layer of the industry from booksellers to acquisition editors. This middle layer of the industry, as a writer, has been nearly impossible for me to work with and I can't say I'm sorry to see them go.”

The “middle layer” is exactly what Amazon is trying to eliminate. It is hard not to view their mission as the eradication of all competition, where they are the sole producer, distributor, and even reviewer of what we once called “books.”

The Goodreads brain trust realizes that they are going to have to work hard to reassure its members that they are not going to become a marketing arm of Amazon. When I asked Skyvara how she felt about the negative response on their Facebook page, she said, “Our members feel very involved in our site. This is one of the strengths of Goodreads and it’s why we have such a great community here. Change always brings uncertainty and makes people nervous.  We understand that. Our job is to prove to our members over the coming weeks and months that we are still the Goodreads they know and love and that this move is going to allow us to introduce tools and features that make Goodreads even more useful and rewarding for them.”

It is hard not to read “tools” and “useful and rewarding” as having to do with Kindle integration and “Buy” buttons. Some hopeful observers point to previous Amazon acquisitions like IMDB (the Internet Movie Database) and the shoe sales site Zappos, where Amazon has let those companies operate as before. Yet, Goodreads is very, very different. It fits perfectly within Amazon’s plans to control every aspect of the book-consumption business, including how we talk about books.

I, for one, am not waiting around to be reassured. Minutes after hearing the news, I closed my Goodreads account. Even so, my paranoid self can’t help but imagine that Amazon already has my data in its claws.

I sincerely hope that I am wrong. I hope that the cheery Goodreads folks don’t get squeezed to death by Amazon’s algorithms.

But even if Goodreads succeeds in keeping a semblance of independence, the era of naively posting one’s preferences is over. We collectively were under the delusion that Goodreads was different than the data-mining machine that is Facebook, when in fact we’re all just data waiting to be harvested.