Bra-clad "zombie ex-girlfriend" target bleeds when you shoot it

The ad for the target brags: "Hell hath no fury like a woman scorned but a man scorned is nothing to mess with" 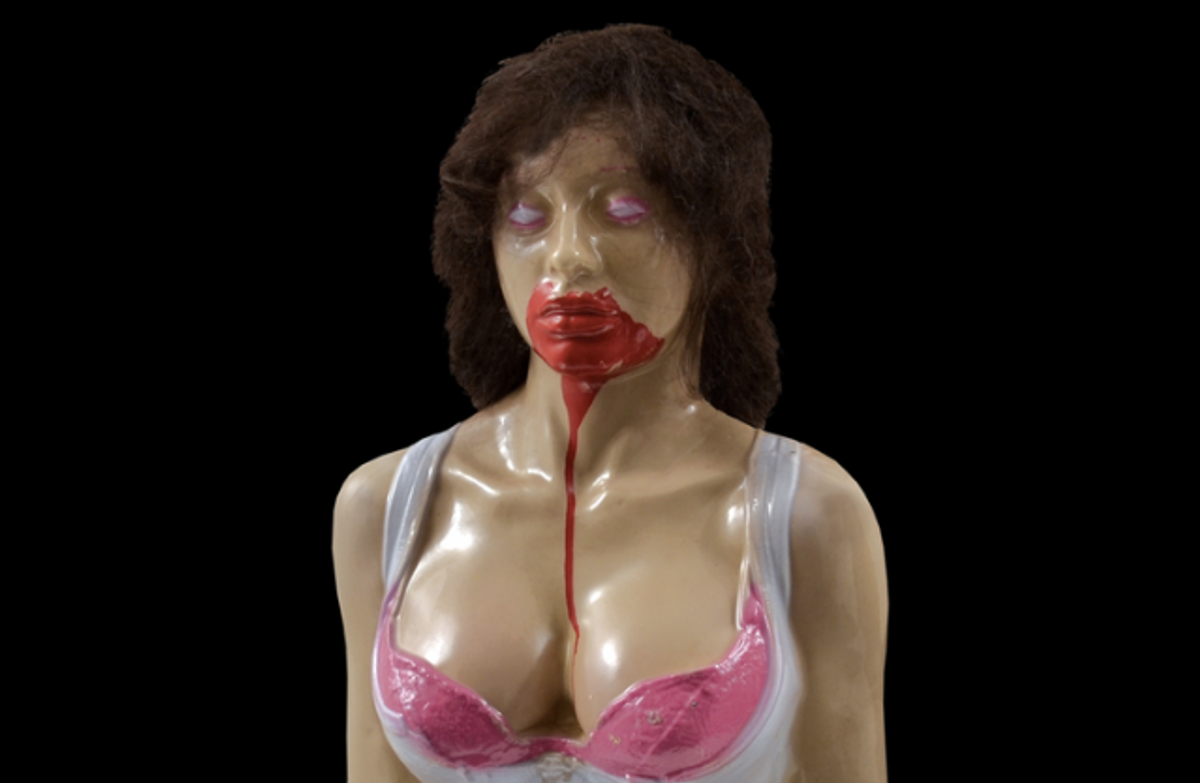 Target manufacturer ZMB Industries is selling a bra-clad "zombie ex-girlfriend tactical mannequin target" that bleeds when you shoot it. How do you know it's a "zombie" and not just a bleeding woman wearing a half-torn shirt?

Because ZMB Industries says so, that's how.

The description for the target (which its manufacturers will predictably defend as "all in good fun" and "in no way condoning violence against women):

Be warned, hell hath no fury like a woman scorned but a man scorned is nothing to mess with! A young gent from Louisiana, we’ll call him Andre to protect his identity, was deeply committed to his one true love and her to him, or so he thought. While partying with her friends during one particular Mardi Gras, she took several suitors over the course of the festivities. Andre felt something odd indeed, so he paid a visit to his great aunt, Marie, who helped him see the truth. With a few eggs, candles lit and kiss upon his forehead, her voodoo curse was set in motion. Late each night while lying in bed, a smile would appear across his face, for a slight breeze would travel through a cracked window bringing with it, a faint whiff of decay and a unnatural cry of regret.

ZMB promises that each target has "that realistic look so you really feel the hate" against  zombie ex-girlfriends.

The dark haired one looks like my bitch ex-wife, who I HATE! I can't wait to shoot her face off for taking my shit.

This Zombie Bitch is awesome, reminds me of a girl I knew in High School.

I love that this target looks like Britney Spears and it bleeds when I shot it.