Cardinal Timothy Dolan: Gays and lesbians are "entitled to friendship," not equal rights

On marriage equality, Dolan says the church isn't "anti-anybody" but remains "in defense of what God has taught us" 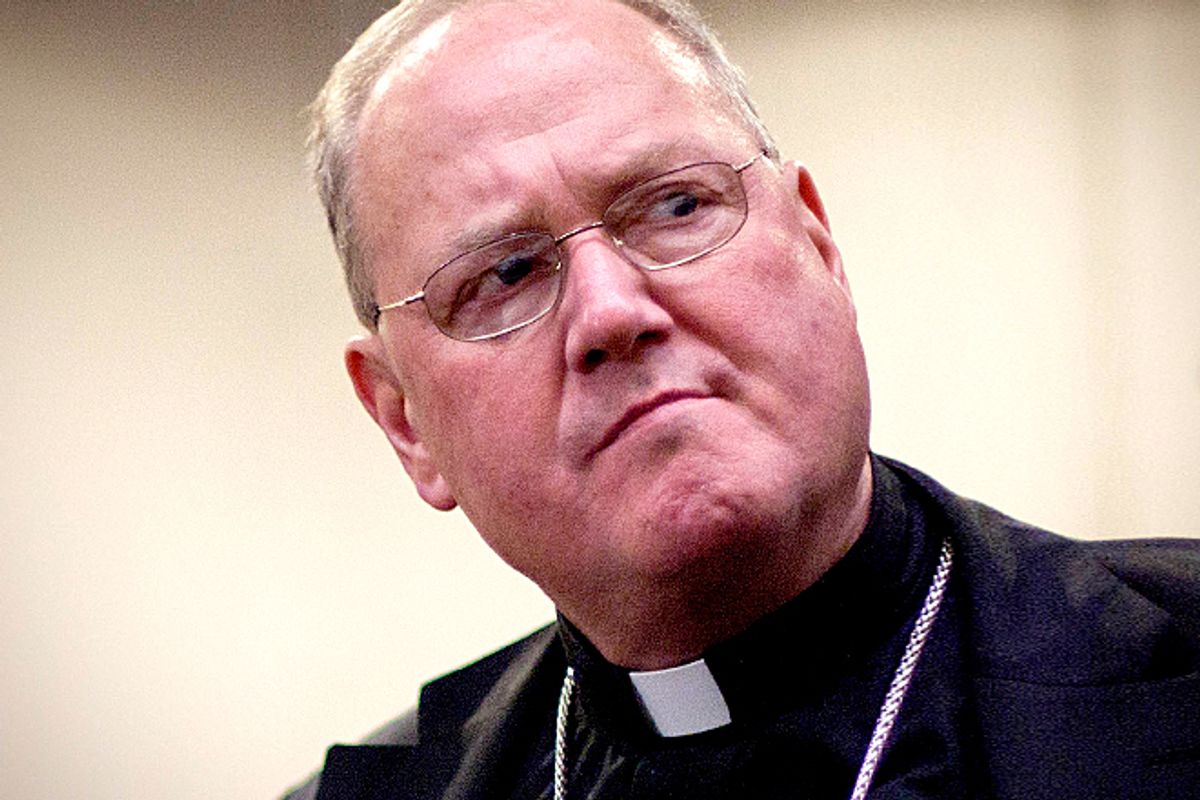 New York Archbishop and president of the United States Conference of Catholic Bishops Timothy Dolan was on "This Week" with George Stephanopoulos to talk about the current state of the Catholic Church.

When asked what he would say to a gay couple who told him: "We love God. We love the Church. But we also love each other, and we want to raise a family in faith," Dolan replied (emphasis mine):

Well, the first thing I'd say to them is, "I love you, too. And God loves you. And you are made in God's image and likeness. And – and we – we want your happiness. But – and you're entitled to friendship." But we also know that God has told us that the way to happiness, that – especially when it comes to sexual love – that is intended only for a man and woman in marriage, where children can come about naturally.

When asked how he feels about 60 percent of Catholics reporting that they feel the church is out of touch with the public (on marriage equality and contraception, among other issues), Dolan replied: "Sometimes by nature, the Church has gotta be out of touch with concerns, because we're always supposed to be thinking of the beyond, the eternal, the changeless, okay?"