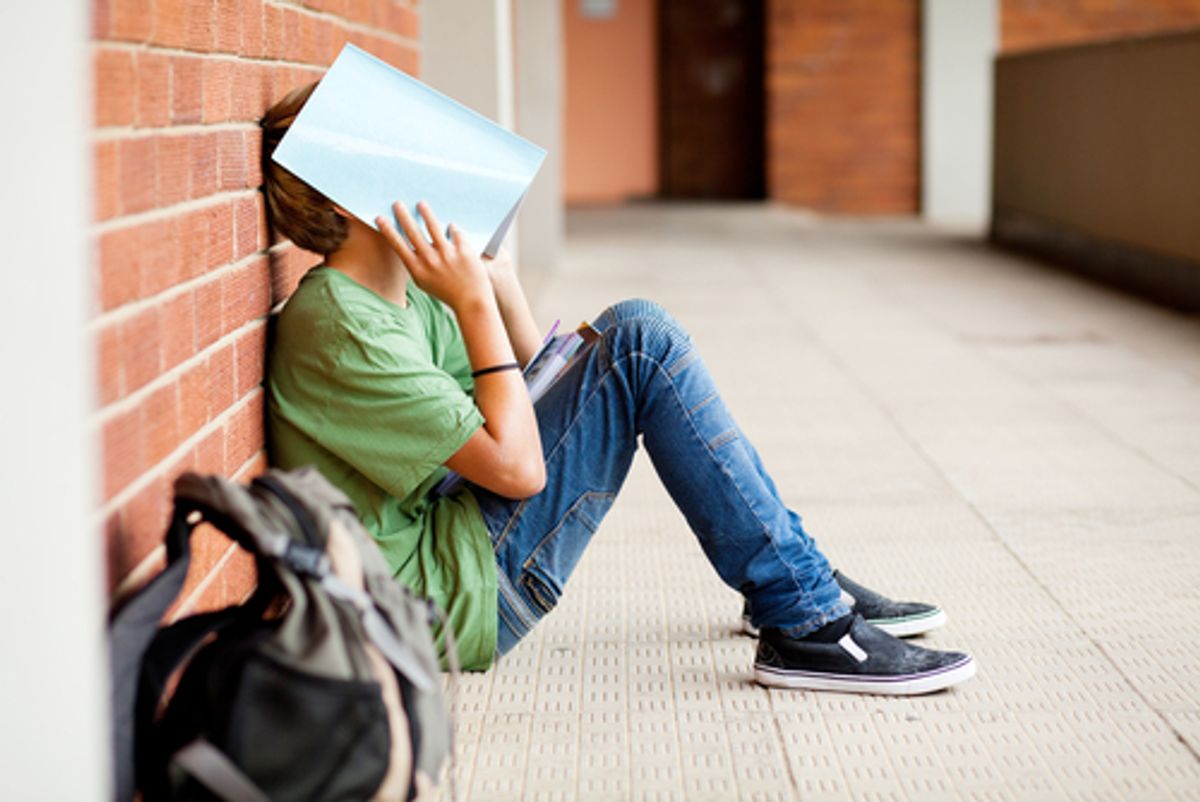 As someone who didn’t have, ahem, a wealth of opportunity to explore the high school dating scene, my interactions with female classmates came primarily in the form of AOL instant messages and orchestra bus trips. By senior year, I’d received the “let’s just be friends” talk so often that I knew it by heart.

Was it any coincidence that I didn’t touch a drop of alcohol till my freshman year of college, and underlined my English texts with colored pencils and a ruler? According to a six-year longitudinal study that looks at teenagers’ dating patterns, partying habits, and study skills, the simple answer is: no.

The study, published online last week by the Journal of Research on Adolescence, followed 620 students—half male, half female—from sixth grade through their senior year of high school. Once a year, researchers from the University of Georgia’s School of Public Health interviewed the students, asking them about their romantic lives, as well as their drug and alcohol use. From teachers, researchers collected academic evaluations — how organized and hard-working was the student? How often did they turn in their homework and complete the assigned reading?

From their interviews, the researchers found that students fell into one of four groups: “low” daters, “increasing” daters, “frequent” daters, and those who dated often in middle school but less in later years.

Low daters, comme moi, had study skills that far outstripped those of frequent daters. The former saw their academic performance climb steadily through middle and high school, while the latter’s took a perilous plunge between sixth and ninth grade; frequent daters were also two-and-a-half times more likely to drop out of school than their luckless classmates. “Increasing” daters, meanwhile, suffered a steady downward academic march the older they got. (By high school, to paraphrase one famously concerned father, homework was apparently no match for girls and “rolling doobies in a van down by the river.”)

Indeed, dating habits also correlated with substance abuse. In middle school, highly amorous students were twice as likely to have tried alcohol, been drunk, smoked cigarettes, and toked up than members of the lonely hearts club. That gap narrowed in high school—hey, you’ve got to dosomething on a Friday night—but it was still pronounced.

The authors propose that a kind of “risk-taking” feedback loop is at work, in which students who act out in middle school—making out behind the bleachers, say—see their academics spiral and begin to run with a like-minded crowd. One risk leads to another, and pretty soon, well, you’re living in a van down by the river.