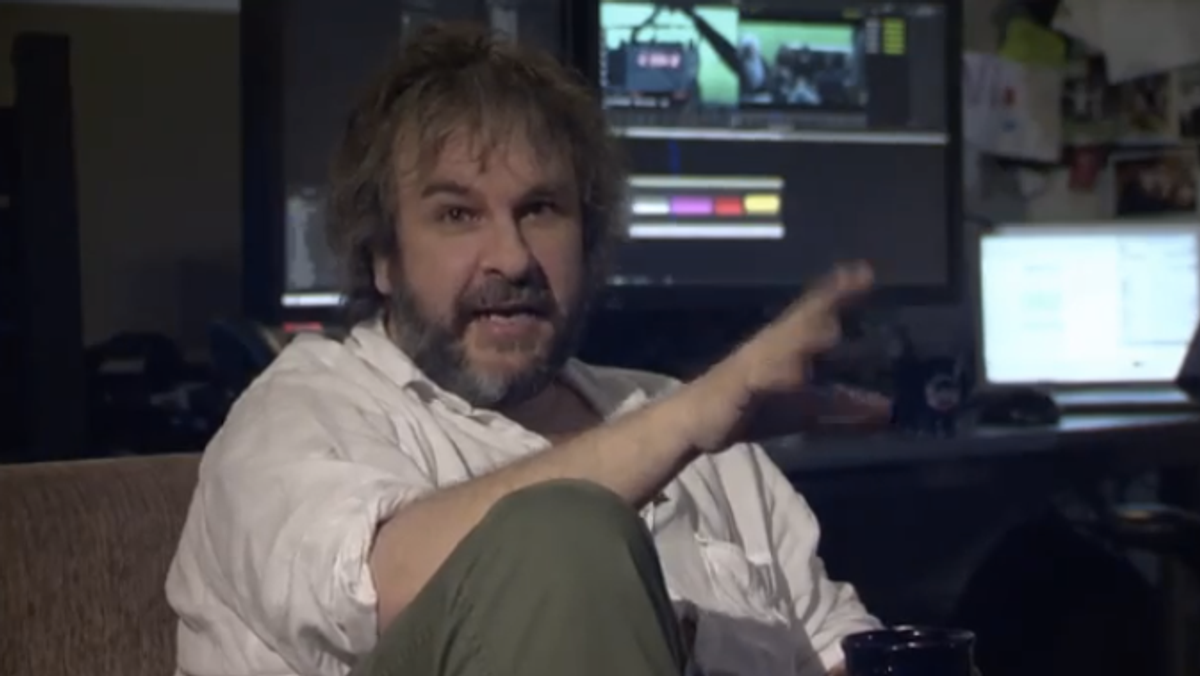 In March, Warner Bros. and director Peter Jackson held a live event from New Zealand in anticipation of the second film in "The Hobbit" trilogy, "The Desolation of Smaug." On Monday, Jackson posted a 6-minute clip from the event to his Facebook page, writing:

If you saw it, it was a pretty accurate picture of what life is like at the moment. Jabez and I sit in that editing room all day, every day, editing the second Hobbit movie, and we actually start on the third next week! A lot of that movie was shot nearly a year ago, so I'm looking forward to seeing it come alive, shot by shot in the cutting room. It's like assembling one of those complex 2000 piece jigsaw puzzles.

He reveals that unlike the first film, which had a linear plot, the second film "starts splitting into multiple story lines and we follow different characters as the story intensifies and the stakes go up" -- similar to the second film in his "Lord of the Rings" trilogy.