Colbert to hold two fundraisers for his sister's campaign 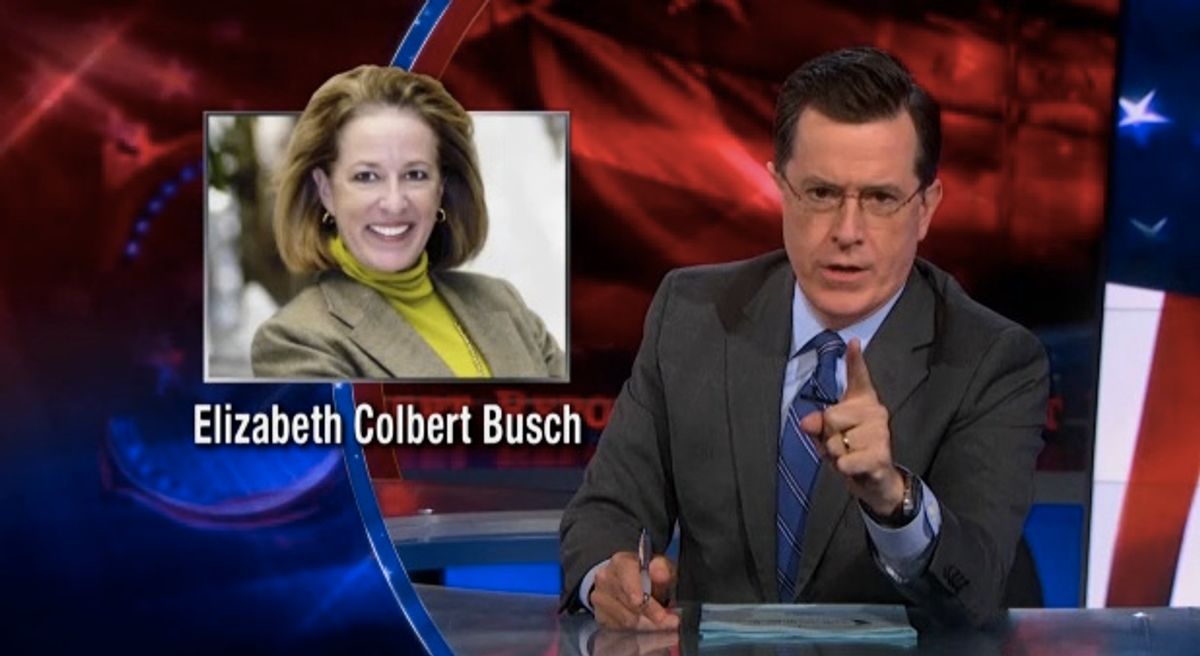 Stephen Colbert will hold two fundraisers to raise money for his sister's campaign for Congress in South Carolina, in which she will likely face former Gov. Mark Sanford.

An event in Washington featuring the Comedy Central host is scheduled for April 15, while Colbert and former investment banker Sallie Krawcheck will host a New York City event April 23; that event will be at Krawcheck’s home.

For the D.C. event, a minimum donation of $2,600 is required to attend the private reception, while general admission tickets to the fundraiser cost $500.

According to recent polling, Colbert-Busch is neck and neck with Sanford, who is poised to win his runoff election Tuesday night. An internal poll released by Colbert-Busch's campaign shows her leading Sanford, 47-44 percent. A poll by the Democratic-leaning PPP last month also showed Colbert-Busch with a slight lead among likely voters, by a margin of 47-45 percent.