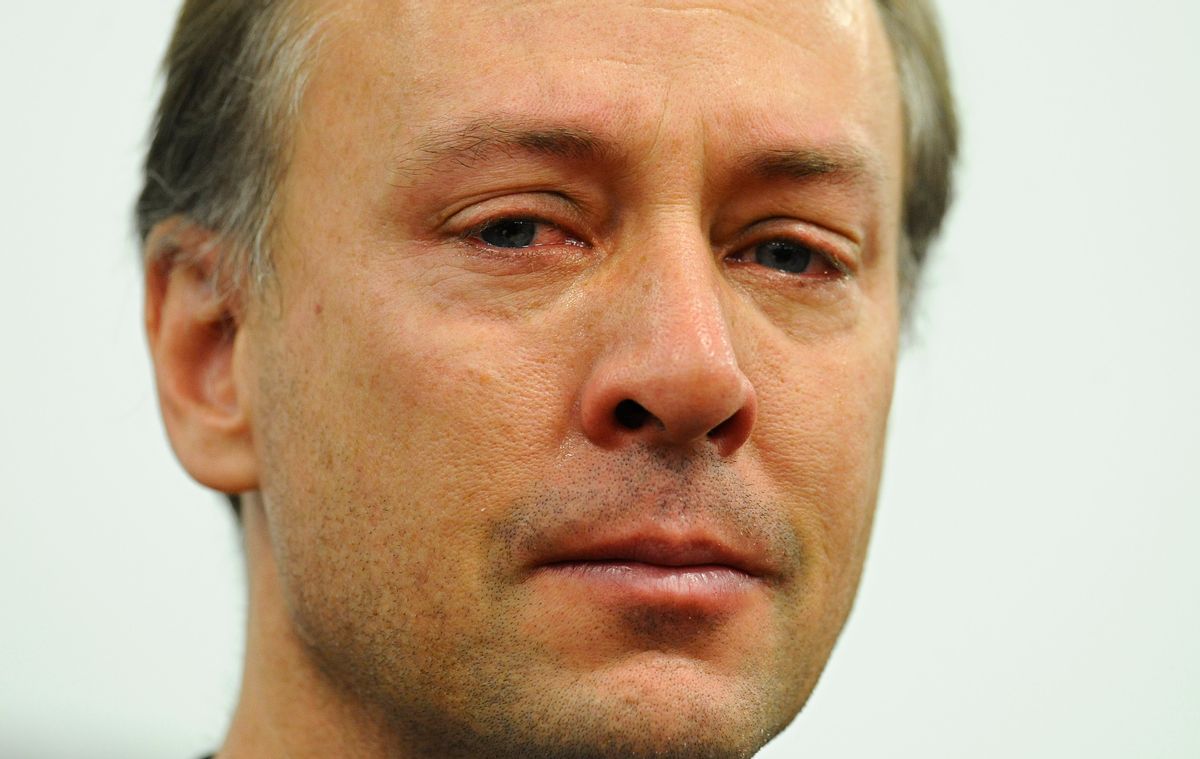 HARTFORD, Conn. (AP) — Connecticut lawmakers announced a deal Monday on what they called some of the toughest gun laws in the country that were proposed after the December mass shooting in the state, including a ban on new high-capacity ammunition magazines like the ones used in the massacre that left 20 children and six educators dead.

The proposal includes new registration requirements for existing magazines that carry 10 or more bullets, something of a disappointment for some family members of Newtown victims who wanted an outright ban on the possession of all high-capacity magazines and traveled to the state Capitol on Monday to ask lawmakers for it.

The package also creates what lawmakers said is the nation's first statewide dangerous weapon offender registry, creates a new "ammunition eligibility certificate," imposes immediate universal background checks for all firearms sales, and extends the state's assault weapons ban to 100 new types of firearms and requires that a weapon have only one of several features in order to be banned.

The newly banned weapons could no longer be bought or sold in Connecticut, and those legally owned already would have to be registered with the state, just like the high-capacity magazines.

The shooting Dec. 14 at Sandy Hook Elementary School reignited the gun debate in the country and led to calls for increased gun control legislation on the federal and state levels. While some other states, including neighboring New York, have strengthened their gun laws, momentum has stalled in Congress, whose members were urged by President Barack Obama last week not to forget the shooting and to capitalize on the best chance in years to stem gun violence.

Connecticut should be seen as an example for lawmakers elsewhere, said Senate President Donald E. Williams Jr., a Brooklyn Democrat.

"In Connecticut, we've broken the mold," he said. "Democrats and Republicans were able to come to an agreement on a strong, comprehensive bill. That is a message that should resound in 49 other states and in Washington, D.C. And the message is: We can get it done here and they should get it done in their respective states and nationally in Congress."

The proposal was revealed to rank-and-file lawmakers Monday after weeks of bipartisan, closed-door negotiations among legislative leaders. A vote was expected Wednesday in the General Assembly, where Democrats control both chambers, making passage all but assured. The bill would then be sent to Gov. Dannel P. Malloy, who has helped lead efforts to strengthen the state's gun laws but has not yet signed off on the proposed legislation.

Earlier in the day on Monday, Malloy voiced support for the Newtown families and their desire to ban the possession of large-capacity magazines.

Ron Pinciaro, executive director of Connecticut Against Gun Violence, said his group will live with the lawmakers' decision not to ban them as other states have done. He said the leaders made their decision based on what was politically feasible.

"We have to be satisfied. There are still other things that we want, we'll be back for in later sessions," he said. "But for now, it's a good thing."

Robert Crook, executive director of the Connecticut Coalition of Sportsmen, contended the bill would not have changed what happened at Sandy Hook Elementary School, where the gunman fired off 154 shots with a Bushmaster .223-caliber rifle within five minutes. He went through six 30-round magazines, though half were not completely empty, and police said he had three other 30-round magazines in addition to one in the rifle.

"They can register magazines and do all the rest of this stuff. It isn't going to do anything," he said.

Gun owners, who've packed public hearings at the state Capitol in recent months, voicing their opposition to various gun control measures, are concerned they've been showing up "for virtually nothing" after learning about the bill, Crook said.

"Clearly we've made our point," Crook said. "But I don't know what anybody can do at this point in time."

Six relatives of Newtown victims visited the Capitol on Monday, asking lawmakers to ban existing high-capacity magazines. Some handed out cards with photographs of their slain children.

Allowing magazines that carry 10 or more bullets to remain in the hands of gun owners would leave a gaping loophole in the law, said Mark Barden, whose 7-year-old son, Daniel, was killed in the shooting.

"It doesn't prevent someone from going out of the state to purchase them and then bring them back. There's no way to track when they were purchased, so they can say, 'I had this before,'" Barden said. "So it's a big loophole."

Barden and other victims' family members who visited the statehouse earlier on Monday did not immediately respond to messages seeking their reactions to the agreement.

Jake McGuigan, a spokesman for the National Shooting Sports Foundation, which is based in Newtown, said he wouldn't comment on the proposal until he saw it in the writing, but he questioned the mechanics of a registry for magazines.

"How will they register a magazine? It seems a little weird," he said.