I was hoping to become the next indie success story. Instead, I got a tough lesson in vanity 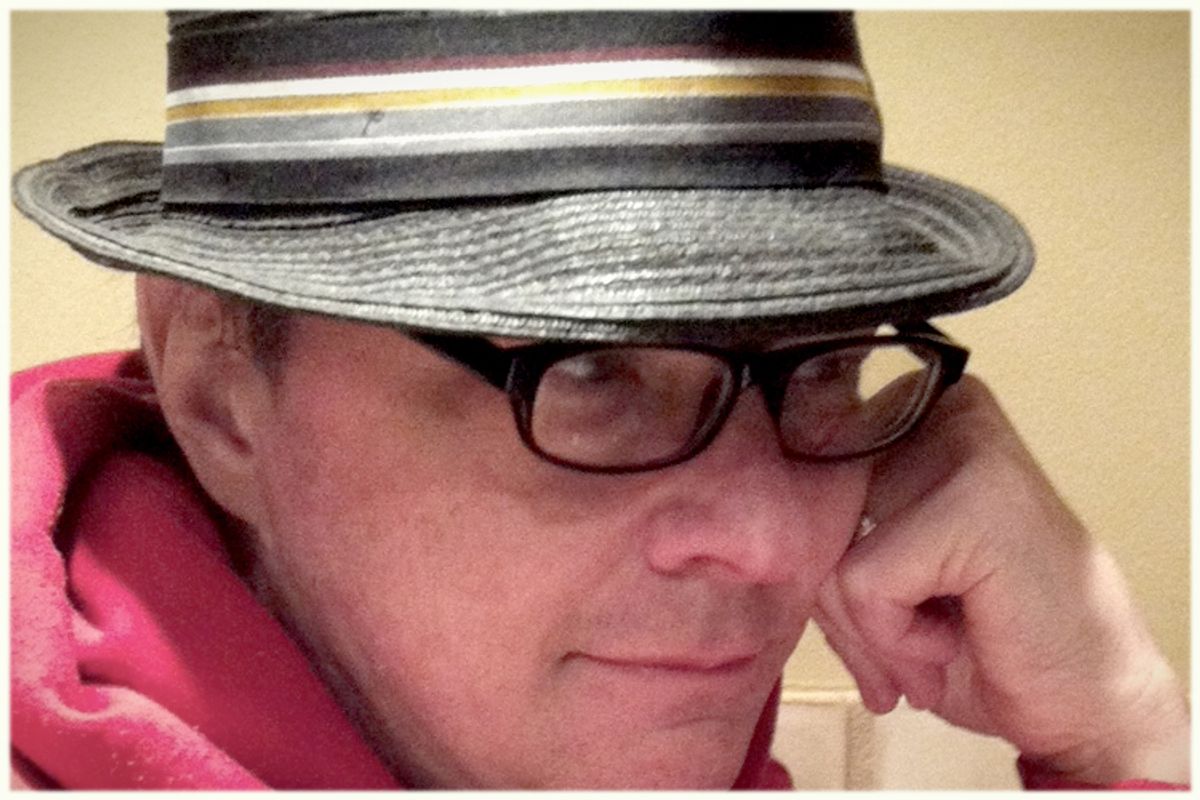 I am contorting myself in front of the bathroom mirror, iPhone in hand, a porkpie hat on my head and a pair of black-framed Jonathan Franzen glasses perched on my nose. I am trying to capture an image of myself that does not look like me. Sans these accouterments, I am balding and thin faced with perpetual bags under my eyes – sort of like the father on “That ’70s Show” in need of a nap. Conversely, the look I’m going for is “intellectual cool.” I have a long way to go.

I share the photo with some friends, and the verdict is universal. “A slightly more effeminate version of Truman Capote,” is perhaps the best summation. I stick with the picture, post it, and release my new website to the world. No one notices, though I fear lawyers from the Capote estate may one day send a cease-and-desist order.

Thus began my life as a published author.

An article in the New York Times claims that 81 percent of us believe we have a book in us. This sounds painful – both anatomically and for the readers of this potential deluge. In fact, extrapolated across the entire U.S., this 81 percent equates to 200 million books. Most of them no doubt about beloved dogs or written by celebrity chefs. I confess I was long among these wannabe authors. My cabinets and drawers are littered with more pages of fiction than the archives of the Nixon Library. However, recently I completed my first novel and subsequently set out after that dream of every writer: publication, followed by royalty checks of the six-figure variety.

I shopped the manuscript around and there was some mild interest from an agent or two, but mostly I collected rejection slips, which I set afire like I imagined Hemingway would, nearly burning the curtains in my writer's garret. Ultimately, I consoled myself that the publishing world was in such a state of flux these days agents were taking chances on nothing less than works of the highest literary quality, like the latest from Snooki or books by celebrity chefs.

It was about this time I considered joining the hundreds of thousands of writers who in recent years have self-published their work. Hence the website and Capote photo, as well as the hundreds of dollars and many hours about to go down the drain.

Self-publishing is the literary world’s version of masturbation, except the results are quite often less thrilling, and you usually end up with a mess. However, despite its reputation for producing amateur dreck or your crazy uncle’s genealogical findings, self-publishing has a long history that includes such luminaries as Marcel Proust and Lewis Carroll. As of late, the practice has been supercharged thanks to the Internet, which enables the production and promotion of a book by almost anyone. Since 2006, the number of self-published books, print and electronic, is up 287 percent – that’s more than 235,000 titles, according to Bowker, the company that handles ISBN numbers. In 2011 alone, nearly 150,000 print books were self-published.

Yet despite this jump, the chance of a self-published author hitting it big are as slim as the odds of a “Fifty Shades” reader getting a Mensa card. (Yes, yes, yes, I wish I’d written those books, so save your angry comments.) And while it is an extreme long shot, there have been a handful of self-published books that have transcended their humble origin to join the ranks of the critically and commercially successful. The fact remains, however, that half of self-publishers make less than $500 for their efforts, according to an article in the Guardian.

Be that as it may, self-publishing is easy. Turning my 111,000-word document from a file on my computer to a title on Amazon took relatively no time at all, and before I could say, “Thank you for having me on the show, Terry,” my mini-opus was available around the world in paperback and e-book.

So how did I go from this moment of such promise to becoming the black hole of publishing? Let’s just say this is where my ego began to rear its ugly head. At first I was content to simply put my work out there and just forget about it. My feeling being that if it found an audience, great. If not, I could at least say I’d written a book and could then proceed to check one major item off my bucket list (next item: never, ever use a term as lame as “bucket list” again). However, somewhere in the dark recesses of my mind, the part that often slips off to dream about piles of money and the occasional rendezvous with a well-read supermodel, I envisioned a world of book signings, “how-I-did-it” lectures, and advances large enough to make my accountant do back flips. The ego won out, and I decided to promote my book for all I was worth, with the website, postings around the Web, social media, you name it.

Then one day, just like that, 11 copies of the paperback sold. It looked as if my book was finally catching fire. Had those Times Square billboards I’d imagined actually materialized? Perhaps the “Real Housewives” all decided to gang tweet about my book? Regardless of the reason, I imagined a worried Stephen King looking over his shoulder. However, before I could plan my summer at Yaddo, sales once again stalled. The bubble had burst. My sales went back to flat-lining and I decided I’d had enough of this roller coaster called literary fame.

Then something miraculous happened, I got a five-star reader review on Amazon, about the best publicity one can hope for this side of a half-hour on the couch with Oprah. My book had been reviewed by someone named “Mykala,” and this reader gave it five stars, writing: “This was a very well written mystery novel. I couldn’t put it down. I can’t wait for John Winter’s next book. If you like this genre, buy this book.” So what if she despoiled my name with a misplaced apostrophe and her hyphenating was lax at best? At last I finally had confirmation of an audience, and at least one reader who wasn’t a friend or blood relative.

And just like that, I was back in the publishing business.

Fast-forward a week. My wife’s body lies a few feet off a wooded path in the forest behind a local cemetery. Her right shoe hangs half off and her legs are twisted as if an act of violence has befallen her. This time I am using my iPhone to make a very handcrafted video. I swoop up the path and capture my wife’s lower half lying amid the undergrowth, and then ask her to hold the pose for another minute while I swoop and shoot from the other direction. My wife is a good sport, but I fear this late-afternoon Hitchcocking may test the limits of our marital vows.

I am making a trailer for my novel. The Internet is full of tips on how to market your self-published book, and a trailer is high on the list. By midnight the video was edited and posted. I am pleased by the quality of this no-budget production and send it to my friends. Some are amazed that it’s even in focus, while others tell me to delete it and stop embarrassing myself. Blinded by my newfound status as a well-reviewed author, I even spent money with Google to promote the trailer. I set a budget of $100 to cover the minuscule cost per click, and watched the numbers roll up. The results after about a week were mixed, at best. Sure, 751 people clicked on the link for my trailer; however, the analytics revealed that most of these curious folks were in Russia or Mexico. I paid the $86 due and stopped the promotion. Since then, I’ve had zero views: Evidently, even my Russian fans have responded to my filmmaking with a loud and clear “Nyet!”

Books sold since the “video-trailer fiasco” (as I’m sure it will one day be referred to in front of a marriage counselor): zero. If you’re beginning to catch on that by this point I had completely turned my life over to alternately promoting my book and obsessively checking the online sales reports, you’d be right.

There was one more avenue I’d yet to try in my pursuit of literary fame: give it away. That’s right; many self-published authors simply give the e-book version of their novel away in hopes of building word-of-mouth interest that will in turn result in sales. Roughly 800 people took advantage, and afterward there was even a sale or two.

I tried a second giveaway, this time with a Facebook ad. The results? For every one of the hundreds of thousands of appearances my postage-stamp-size ad made on someone’s page roughly .006 percent clicked on it. Upshot? Ultimately, another 100 or so people downloaded my free e-book, costing me about 50 cents per. I felt like I was subsidizing the reading habits of a small portion of the American public.

The total number of giveaways was now near 1,000, and there’s no telling if most of them were up the street or on the other side of the globe. This time, I was truly finished, even going so far as to cancel my website and consider trading in my Franzen specs for contacts.

Somewhere along the line, an agent had told me that a book like mine would be easiest to market as part of a series. Recently, I sat down and began a sequel.

In Stalingrad, I’m told, they wait with bated breath.

John Winters is a Massachusetts-based writer and adjunct faculty member teaching writing and literature at a local university. His resurrected novel is titled "Murderhouse Blues." He blogs at http://johnwinters01.blogspot.com/.