A lawsuit claims officer on subway platform pepper-sprayed a mother, father and their three small children 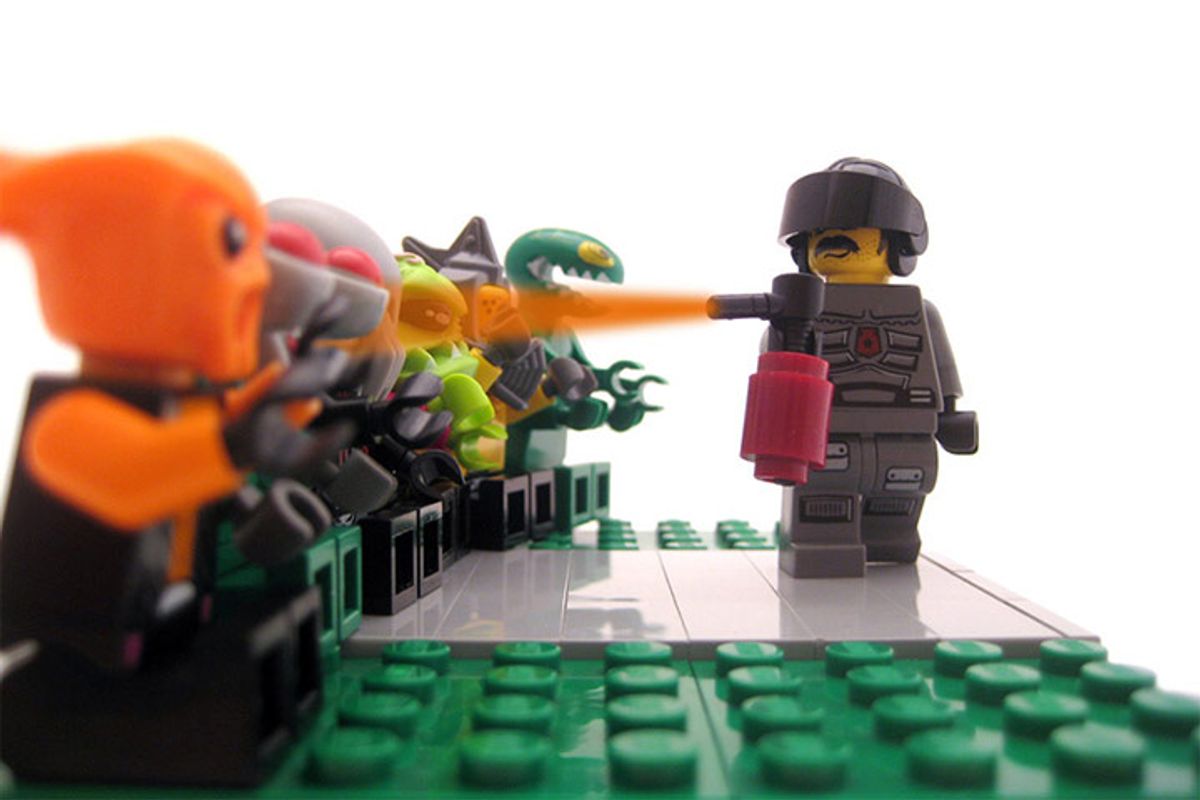 According to allegations in a lawsuit filed last month against the NYPD, there may be some new Pepper Spray Cops in town. As Gothamist reported, a Bronx woman has claimed that three NYPD officers used excessive force when an officer "needlessly and without warning pepper-sprayed a mother, father, and their three small children," as the lawsuit alleges. According to the lawsuit, the cops approached the woman, suspecting her of having evaded a fare when using the service entrance to reach the platform with her stroller. The lawsuit claims that an officer sprayed the woman and her children when she bent down to reassure one of them during the police stop. Via Gothamist:

The pepper spray struck all three children—ages four, two, and five months—causing them to "scream and cry in fear and pain," the lawsuit alleges. The two-year-old started vomiting from the pepper spray, which also struck Taylor's husband Dehaven McClain. Meanwhile, Taylor was handcuffed and dragged out of the station—the lawsuit alleges that she was pushed down the stairs on the way out, injuring her wrists and lower back.

When she appeared before a judge, Taylor agreed to an "adjournment in contemplation of dismissal." But the lawsuit alleges that NYPD officers continued to harass them whenever they tried to use the Atlantic Avenue station, and they were forced to avoid the stop.

According to Taylor, her children were severely traumatized by the incident, with her four-year-old daughter crying herself to sleep for weeks. And both Taylor and her husband claim they continue to suffer from ongoing eye injuries requiring medical treatment.