One thing we don't know about Hillary 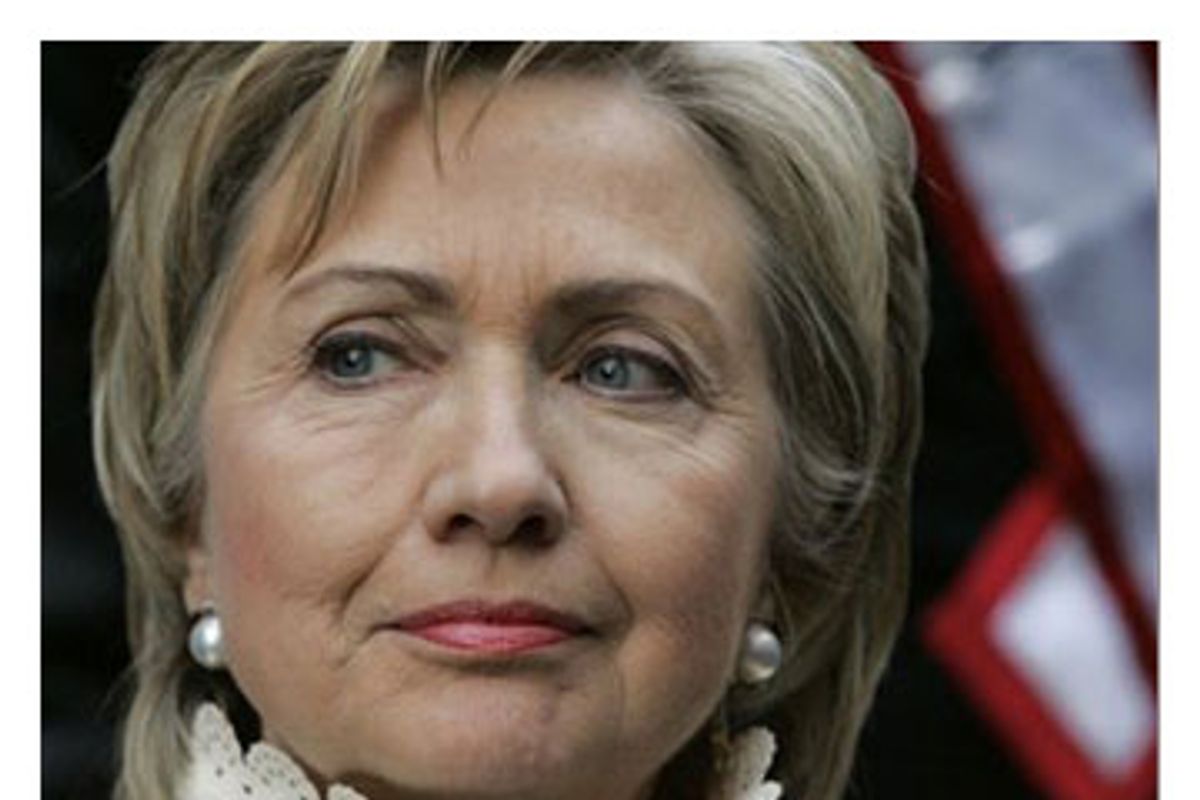 Hillary Clinton made her first public speech since leaving the State Department last night, addressing the Vital Global Leadership Awards at the Kennedy Center. She did not say she is running for president in 2016. But this week, at least, she seems very much like she is. A super PAC staffed in part with former Clinton campaign aides is up and running and sending out press releases. Clinton made a show of support for gay marriage in a Human Rights Campaign video, and will make a whole host of speeches at venues across the country over the next few months. (She's on the lucrative private speaking circuit as well.)

There is a series of clichéd caveats you have to get through when you write about this stuff: 2016 is a long ways away. Making predictions is an invitation to mockery in a few years' time. At this point in 2006, the 2008 election was supposedly going to pit Mark Warner against George Allen.

But this time, Clinton really is a prohibitive favorite. She's probably never been more popular, she's already got a network of major donors and supporters, and there's really no more exciting alternative. (Sorry, Gov. Cuomo.) As for her probable Republican opposition, it looks like the most formidable candidate might seriously be a member of the Bush family. (Sorry, Sen. Paul.) It would almost be stupid not to run, having put in this much work already.

David Frum says she'd be bad for the party, which is silly: If a party that has occupied the White House for two terms has a candidate available who is already nationally recognizable and broadly popular, they are in decent shape. (And she's out of the administration, so even if Obama's numbers tank in 2015, she won't be held responsible.)

Mark Penn is a pollster and political strategist and amoral P.R. creature who is generally wrong about everything. To find out how incompetent Mark Penn is at campaign strategy and how personally toxic he is in a campaign working environment go to your local library and check out literally any book about the 2008 presidential race. For the basics, check here and here. In short, he had no clue how the primaries actually worked and constantly pushed for the campaign to go as nasty and negative as possible, and everyone hated him and he was bad at his job and eventually he was fired.

Fired, but still well compensated. Since Clinton's 2008 campaign ended, she has milked her donors -- and Obama supporters -- for millions of dollars to pay off her campaign's debt. $5.4 million of the debt -- all of it, that is -- was owed to Mark Penn's firm Penn, Schoen & Berland. Anyone donating money to Clinton since 2008 has essentially been paying off the man who did more than anyone outside the Obama campaign to prevent her from becoming president. The debt was only just paid off in full in January, just as Clinton left the State Department and shortly before the new pro-Clinton super PAC began operating.

Mark Penn is just the worst example of the general Clinton family habit of associating with the most repulsive party hacks the Democrats have to offer. Her campaign was a dream team of generally useless hacks, from sweatered communications director Howard Wolfson to charmless fundraiser Terry McAuliffe to ill-tempered Harold Ickes (who, unlike the rest of the campaign, at least seemed mostly competent). These are the same Clintons who are responsible for the national stature, such as it is, of Dick Morris. In general, the Clintons run with a pretty lousy crowd. (And this is not even getting into Bill Clinton's many gross rich man-child "friends," like Ron Burkle.)

So, in 2016, will Hillary Clinton surround herself again with longtime Democratic National Committee and Clinton administration veterans whose primary qualification for their positions is knowing the Clintons? Or will she hire people who understand that the Democratic Party coalition, and the ways to appeal to its many members, have changed?

The other question, of course, is what a Clinton 2016 campaign would do to The Right. The anti-Clinton machine would have to crank itself back up, though it's been dormant for so many years now that the default position among right-wingers since 2007 has been basically to proclaim unalloyed admiration and love for Hillary Clinton, as a means of insulting Obama in comparison. Anyone with a vague recollection of the age of Whitewater and Vince Foster and Travelgate and all the other weird shit that consumed both the fringe right-wing and the mainstream press for much of Bill Clinton's terms in office knows what made the Clintons and their inner circle so paranoid and hypersensitive to attacks.

For years the standard Republican talking point on Hillary Clinton was that she was a socialist lesbian harridan castrating bitch-queen puppet-master. If the conservative media goes down that road again -- and I see little to suggest that they wouldn't, honestly -- it would tragically undo so much of the important image rehabilitation work the conservative movement has been engaging in since last November. And the impotent raging backlash mentality that still powers the movement would have one more thing to be pissed about. (This is obviously the best argument for Clinton in 2016.)