How to talk about white people

Discussing America’s soon-to-be-newest minority with care and respect, not stereotyping and scorn 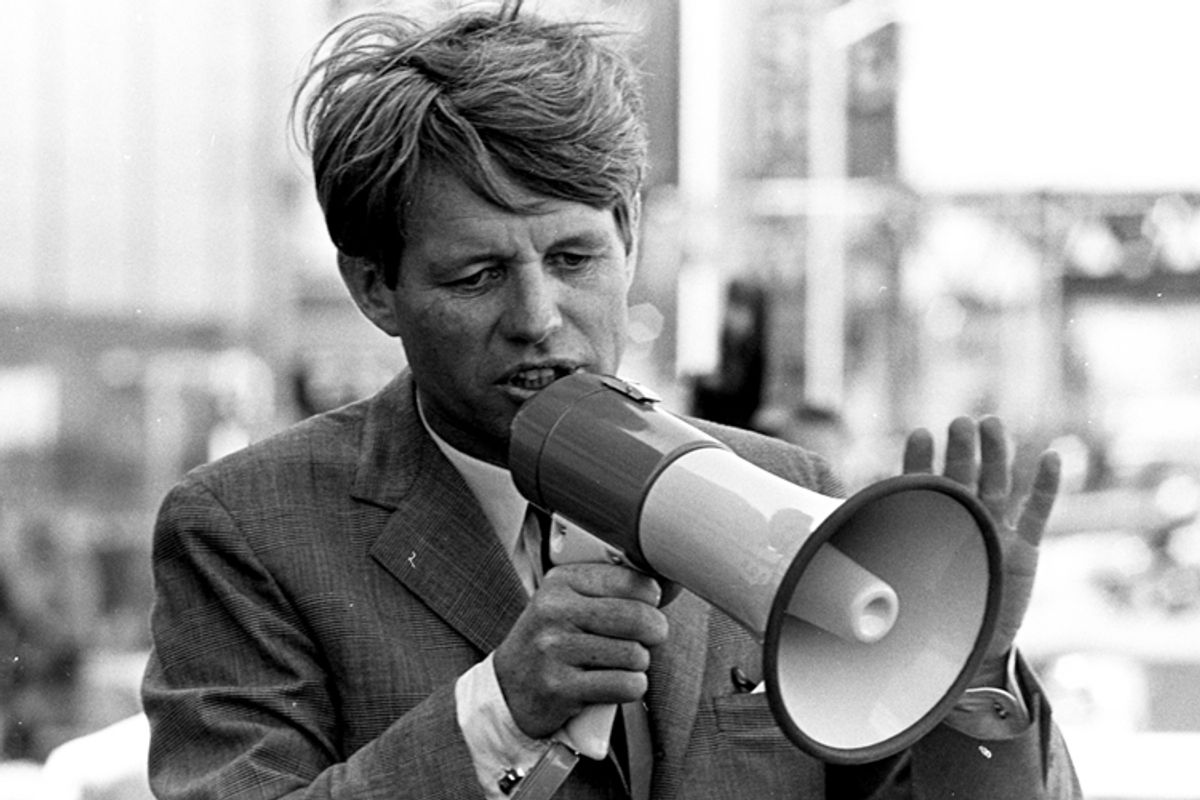 When I wrote “What’s the Matter With White People?” I chose the title for its many meanings. Talking about it during last fall’s election season, when 90 percent of Mitt Romney’s voters were white, however, only one meaning came through: What’s the matter with the GOP, that it has become, essentially, the party of white people? Less attention focused on the flip side of that question: Why were Democrats having a harder time with white voters, and what, if anything, could they do to change that?

With President Obama embarked on his second term, and Democrats seeing their future in the alliance of African-Americans, Latinos, Asians, college-educated women and young people he assembled, I sometimes find myself asking “What’s the matter with white people?” in a different way – as in, “Don’t they have a place in this new multiracial coalition?” As whites become just one of several American minorities in the near future -- brown babies already outnumber white babies in the nation’s nurseries – I’ve been thinking more about the ways language can ease our transition to a multiracial America. The paperback version of my book comes out April 16 – you can pre-order it here --  and I got to take on a lot of these post-election thoughts in an afterword.

Let’s start with one term used occasionally for the Obama alliance: the “coalition of the ascendant,” as the National Journal’s Ronald Brownstein calls it. That’s fine for a journalist, but when used by Democrats it sounds like a snub to white voters: “We’re the future and you’re not.”

Democrats still need white support. The party did well with Obama at the top of the ticket in 2008 and 2012, but in the midterms of 2010, they received what the president called “a shellacking.” Key members of their coalition stayed home, and that “coalition of decline” – older white voters – renewed its habit of voting en masse, and voting Republican. That could happen again in 2014.

Some Democrats get it. The Center for American Progress just launched the Robert Kennedy Project, to look at strategies designed to pull more white voters into the Obama coalition, post-Obama. And among the chief targets here is the white working class, just as it was for Bobby Kennedy in 1968. The goal is “not just to mobilize the Obama coalition but to expand it,” John Halpin and Ruy Teixeira wrote.

The project will focus mainly on policy, and that’s exciting. I want to focus here on language. Because if they want to widen their coalition in the post-Obama age, Democrats, and all of us, ought to think about how to talk to America’s newest minority with care and respect. Here are three tips:

Don’t assume that whites are Republicans. Politics is at least partly a game of projection. Strong campaigns work hard to create an air of momentum, even inevitability; even struggling campaigns insist their own polls show things are better than Nate Silver says they are. So why did Democrats, in the run-up to the 2012 election, go along with the media contention that their party, and their president, had “a problem with white voters”? As I tried to argue at the time, Obama had a problem with certain groups of white voters.

Although the president lost the white vote by 20 points, those numbers look different when you take out the South. Mitt Romney won a staggering 89 percent of white voters in Mississippi, according to CNN exit polls, and 84 percent in Alabama. But Obama won or tied among white voters in a lot of blue states; you can't win overwhelmingly white Iowa, New Hampshire, Maine, Vermont or even Wisconsin without doing so.

To put it another way: An estimated 93 million whites voted in 2012, and if Obama won almost 40 percent of them, that's 37.2 million white supporters. The president got a total of 66 million votes, meaning 57 percent of his voters were white. Why risk losing more white voters by stereotyping whites as anti-Obama?

Don’t assume that whites are wealthy. In a recent New York Times “Room for Debate” feature on college admissions, writers repeatedly used “white” as a synonym for “wealthy” when discussing the racial impact of legacy policies, which give preference to the children of alumni and thus too often shut out blacks, Latinos and Asians. Indeed, most legacy admissions are white, but they’re a particular shade of white: the affluent. The vast majority of white kids are disadvantaged by legacy admissions, too.

Whites no longer have the highest family incomes of all racial groups; that distinction belongs to Asian-Americans, who also lead whites in college attendance and completion today. That’s due to hard work, not any kind of artificial advantage. Of course, Asians themselves are as diverse as the nation: While some ethnic groups are doing well, others, particularly Southeast Asian immigrants, are not. We need to learn to talk about class, rather than using race as a proxy for disadvantage. But in the U.S., it’s possible that the only topic more awkward than race is class.

Don’t assume that whites are racists. Just as social justice-minded people have learned not to generalize about African-Americans, Latinos and Asians, we'll have to learn the same thing about whites. In my work over the years, I’ve heard “white” used, without a modifier, as a synonym for clueless, out of touch, even racist. Complaining about “white teachers” or “white funders” or, yes, “white voters,” you don’t even have to say what’s the matter with them – it’s enough that they’re white.  During both the 2008 and 2012 elections, the reluctance of many white working-class people to vote for President Obama was routinely ascribed to their racism, rather than legitimate doubts about whether his policies would address their problems.

CAP’s Robert Kennedy Project believes that policies focused on both equity and growth “can successfully unite a multi-racial, multi-ethnic, cross-class coalition.” There’s growing evidence that rising inequality is inhibiting the growth of the American economy, while programs that broaden opportunity and reduce inequality pay off for the non-wealthy of every race. Such policies may be “the glue that can finally join a critical segment of the white working class to America’s rising demographic groups,” Halpin and Teixeira write.

None of this is to deny white privilege. Not enough white people recognize the colorless, odorless oxygen of advantage they enjoy due to this country’s grim history of slavery and persistent discrimination. But there are other forms of privilege. Too often, our rhetoric around white privilege suggests to the white poor and working class that their problems aren’t the concern of the movement for social justice. In fact, that movement has always been concerned about the perceptions and treatment of minorities. One day soon, that will have to include our newest one.