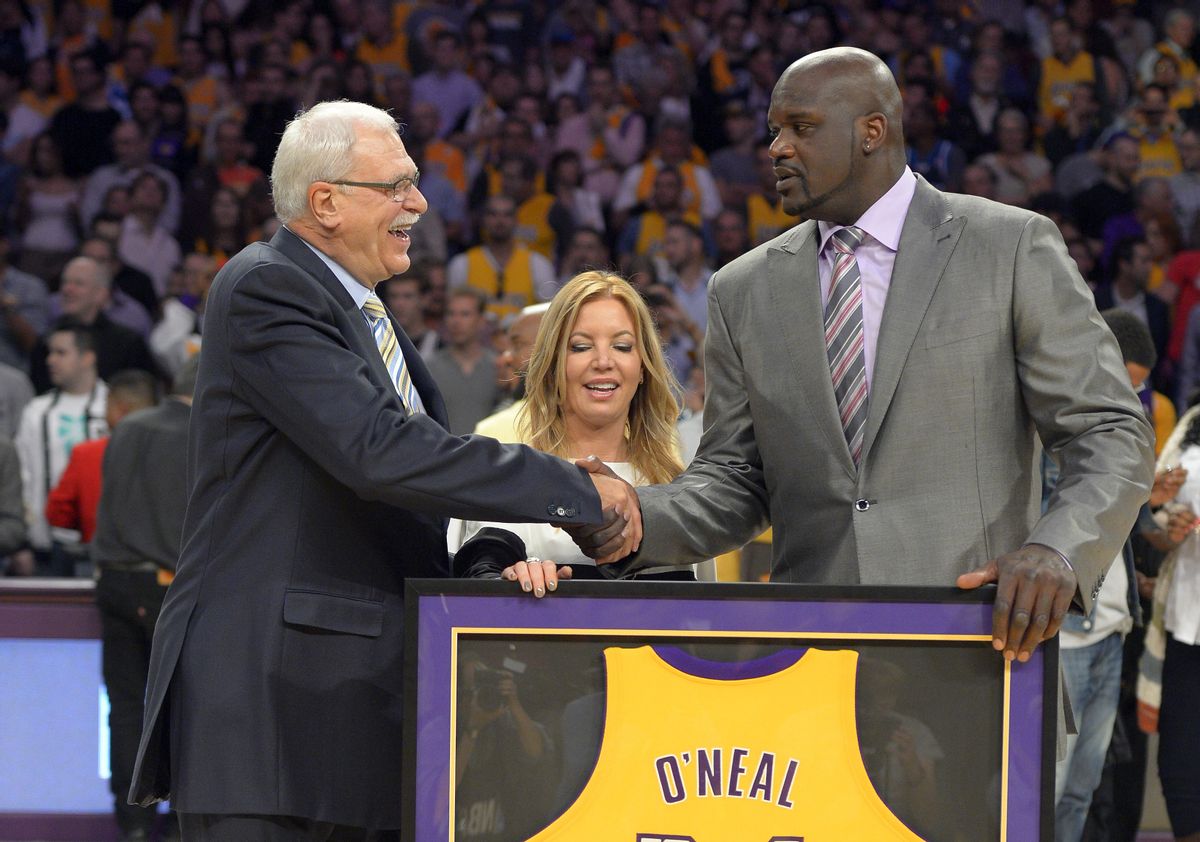 In honor of the Los Angeles Lakers retiring Shaquille O'Neal's No. 34 tonight, HuffPost Live hosted a conversation today with Shaquille O'Neal, Kurt Rambis and The Big Aristotle himself. About halfway through the conversation, a viewer posed a question about homosexuality in sports:

"I'm wondering if you think that organizations and players and athletes could be or need to be more inclusive of gay athletes and more welcoming to the gay community in general."

Host Marc Lamont Hill, best known for playing Bill O'Reilly's foil on Fox News, tried to distance himself from the question with a dismissive, "Who wants to take that one?"

"That's a ridiculous question. I mean, none of us have probably seen it in all of our careers. There's no inclusiveness to be had. ... I've never run into it in all my career."

"I have NOTHING but respect for Shaq, Kurt Rambis and especially Phil Jackson," Amaechi said, "but Phil spoke to me on the phone on a number of occasions and even had breakfast with me in LA after my really great season with Orlando when he was trying to get me to come to the Lakers and I would not have been the first gay player on one of his teams.

"I just can't fathom that people like Phil who is clearly a smart man, could think the question 'ridiculous.' He has coached more than several gay (or "bi") players over the years by my count... players who were not out publicly, but who had "managers who came to every game and lived with the players and certainly players who were more discrete than that, but still inspired 'that conversation' with some of their teammates and significant rumours in the in-the-know media - at least to the level I did when I played."

Sadly, this old-school coach's mentality that questions like this are off-limits can rest in even the "coolest" of Zen masters.

Watch the video at HuffPost Live. The "gay" conversation starts at 20:30. Amaechi is scheduled to be on HuffPost Live on Wednesday to talk about all of this.