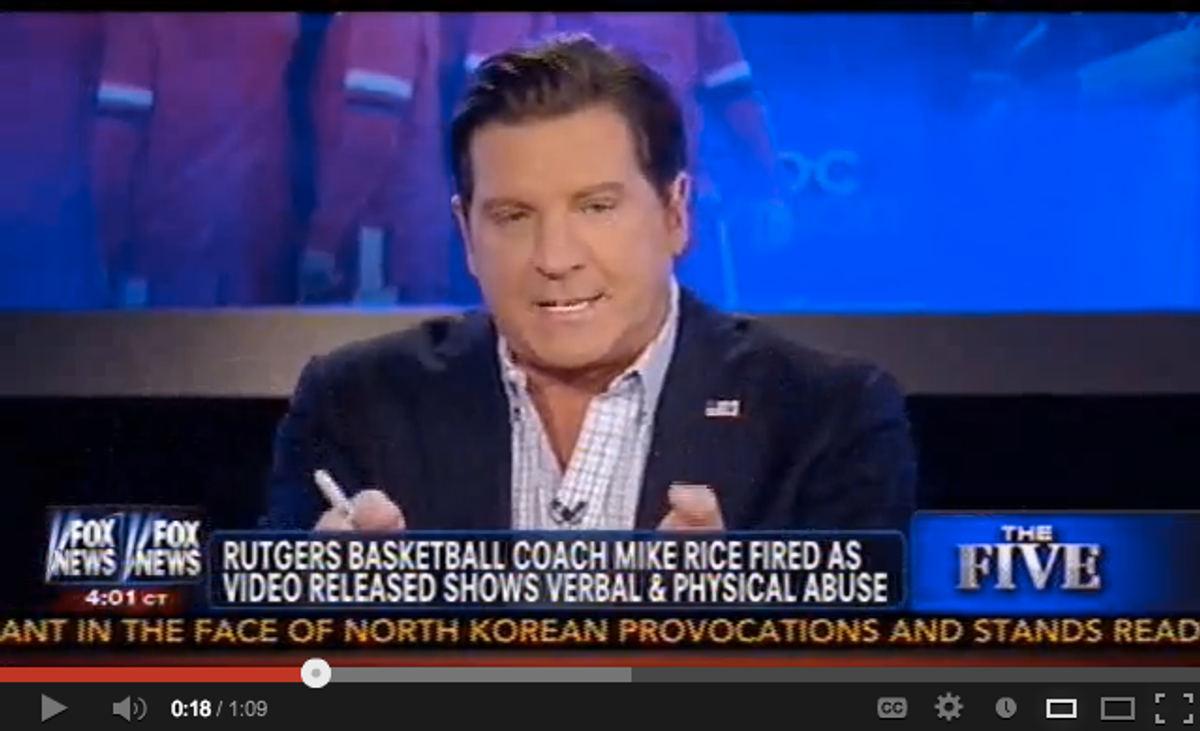 Bolling went on to complain:

This story kind of infuriates me. We’re in the midst of political correctness crushing our ability to teach kids, to discipline kids, to disagree with people or one another or kids. Our culture is in decline, but this is an example of our culture in free fall. And I’m saying this because he got fired, not because of what he did... Listen, it's time to toughen up. Talk about the wussification of America, the wussification of American men.

"The Five" co-host then proceeded to wax nostalgic about the days when his own high school teachers would physically abuse him with a wooden paddle.