From guns to Social Security to FISA, the real majority party prevails while liberals lose out again 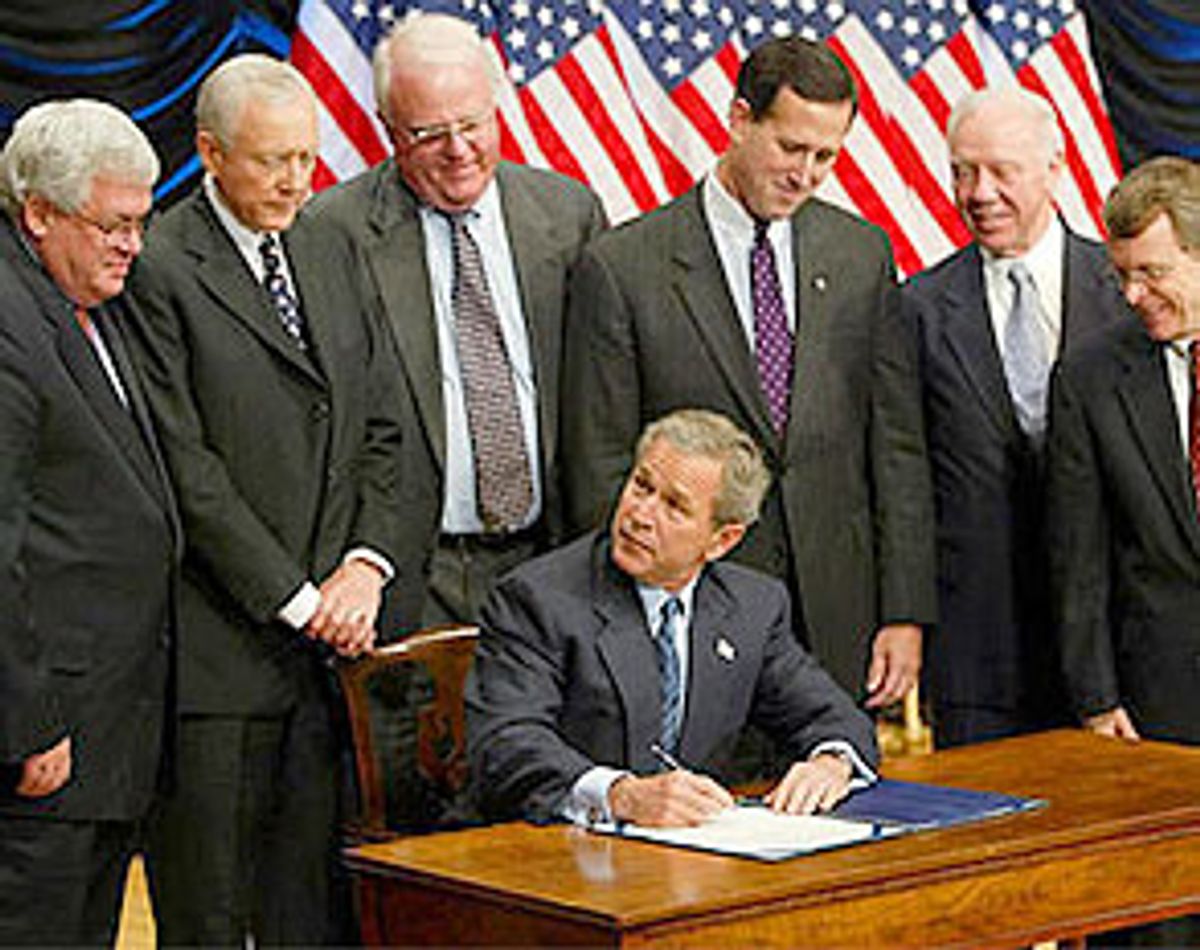 There is more than may appear in President Obama’s plan to cut the social safety net in his new budget proposal. The offer, on the face of it, reflects a significant violation of a major liberal creed, discarding the strongest liberal political card and Obama’s peculiar negotiation style of making major concessions at the opening of a give-and-take session. But it also reflects the sad but true fact that the dynamics of American politics cannot be understood in terms of Democrats vs. Republicans. Party labels aside, the nation is still being ruled by what I call a majority “conservative party.”

If Democrats and Republicans were the true divide, the meager gun control measures recently introduced in the Senate would have the majority needed to pass. After all, there are 53 Democratic Senators (and two Independents who generally side with them). Moreover, this time, the threat of a GOP filibuster is not to blame. Yet the Democratic majority leader, Senator Harry Reid, removed the assault weapons ban from the draft bill because some 15 Democratic senators, in effect, supported the conservative pro-gun position, making up — with the Republican senators — that majority “conservative party.” Thanks to this party, the same legislative defeat is about to befall liberal proposals to curtail high-capacity magazines. This leaves only better background checks on the table, but these, too, will inevitably be rendered ineffective by the conservatives via the underhanded gutting of enforcement (more about this shortly).

Social security and gun safety are but a couple of the numerous issues on which conservatives in Washington get their way and the minority liberal party loses out. Most recently, every Republican and 33 Democratic conservatives came together to repeal a tax on medical devices, a major source of funding for Obamacare. And on Dec 28, the conservative party — 42 Republicans, 30 Democrats and 1 Independent senator — voted to extend the foreign intelligence law known as FISA, opposed by civil libertarians. We should further expect that the conservative party will keep winning on many fronts, from greatly limiting all new investments in education to unduly slashing social spending.

Some argue that the president is trying to build up a broad following so that, come the 2014 elections, the Democrats will carry the House and he will be able to push through a progressive agenda in the second half of his term. These doe-eyed optimists disregard the fact that, even if the Democrats hold both chambers, the additional Democrats elected in 2014 will largely be from so-called red (i.e., conservative) districts. The situation then will be much like it was in 2009 when the Democrats had a majority in the House, a filibuster-proof majority in the Senate and a president in the White House and yet still could enact very little progressive legislation. The reason? Very much the same: conservative Democrats voting with the GOP to extend the Bush tax cuts, cut social spending, weaken financial regulations and so on.

I must regretfully add that the situation in Washington is even bleaker than what I have laid out so far. While gun control legislation makes its way through Congress (we may get slightly stricter background checks), the conservatives in Congress have passed various measures that eviscerate the agency charged with enforcing these background checks, new and old, thereby ensuring that they will remain weak and ineffective. Liberals tend to focus on passing laws; conservatives, when they cannot block or weaken the laws themselves, see to it that they are not enforced.

Conservatives in Congress have a long history of undermining the Bureau of Alcohol, Tobacco, Firearms and Explosives (ATF), and new moves to this effect pile on top of old ones. The Firearms Owners' Protection Act of 1986 bans the ATF from inspecting gun dealers more than once in any 12-month period, even if violations are uncovered, and it reduces record-keeping violations from a felony to a misdemeanor offense, the result being that they are very rarely prosecuted. The 2003 and 2004 Tiahrt amendments, named for their sponsor Rep. Todd Tiahrt, require that records from the background checks of gun buyers be destroyed within 24 hours, bar requiring gun dealers to conduct inventory checks to monitor gun thefts, and prevent crime gun trace data from being used in court, even when a dealer has broken the law. In addition, Congress has barred the ATF repeatedly from creating a computerized database, so when a gun is recovered at a crime scene, agents must manually search through boxes of paper records to trace the firearm to dealer or purchaser.

Most recently, with the prospect of new gun-safety legislation on the horizon, the House and Senate appropriations committees — including both Republicans and Democrats — have tacked “riders” onto a short-term spending agreement that make permanent what had previously been a set of temporary, pro-gun provisions. The bill prohibits the Justice Department from keeping an inventory of gun dealers. It also prevents the ATF from refusing to renew the licenses of dealers “due to a lack of business activity,” thereby hampering law enforcement’s ability to clamp down on illegitimate dealers, and includes a requirement that the ATF disclose in its reports that gun trace data “cannot be used to draw broad conclusions about firearms-related crime.” The details of these amendments are “boring” — they rarely make headlines. However, they do tie the hands of the ATF and send a message to the dealers: We have your back. And the ATF agents would be foolish to ignore the implied warning: Take it easy or expect new obstacles. Case in point: In January 2013, President Obama sought to reinvigorate the agency by giving it a director (something it has not had in six years), but his nominee, B. Todd Jones, has yet to be confirmed because of conservative opposition. This further hamstrings the ATF, as there are many operations that agencies without a director are banned from undertaking.

A favorite line of the National Rifle Association is, “Why not just enforce the laws that are already on the books?” A very good question, and the answer is exceedingly clear: Because the conservative party won’t let us. Further, we will not progress in curbing gun violence — or on most other political fronts — until we correctly read the political layout.

We have a conservative majority and a liberal minority, not two more or less equal parties. How we may change this line-up is the political challenge of the generation. But one thing is for sure: Simply voting for Democrats will not do the trick.

Amitai Etzioni is the University Professor at The George Washington University, and author of From Empire to Community.