How to talk about a woman's looks

The president of the United States fails the test -- again 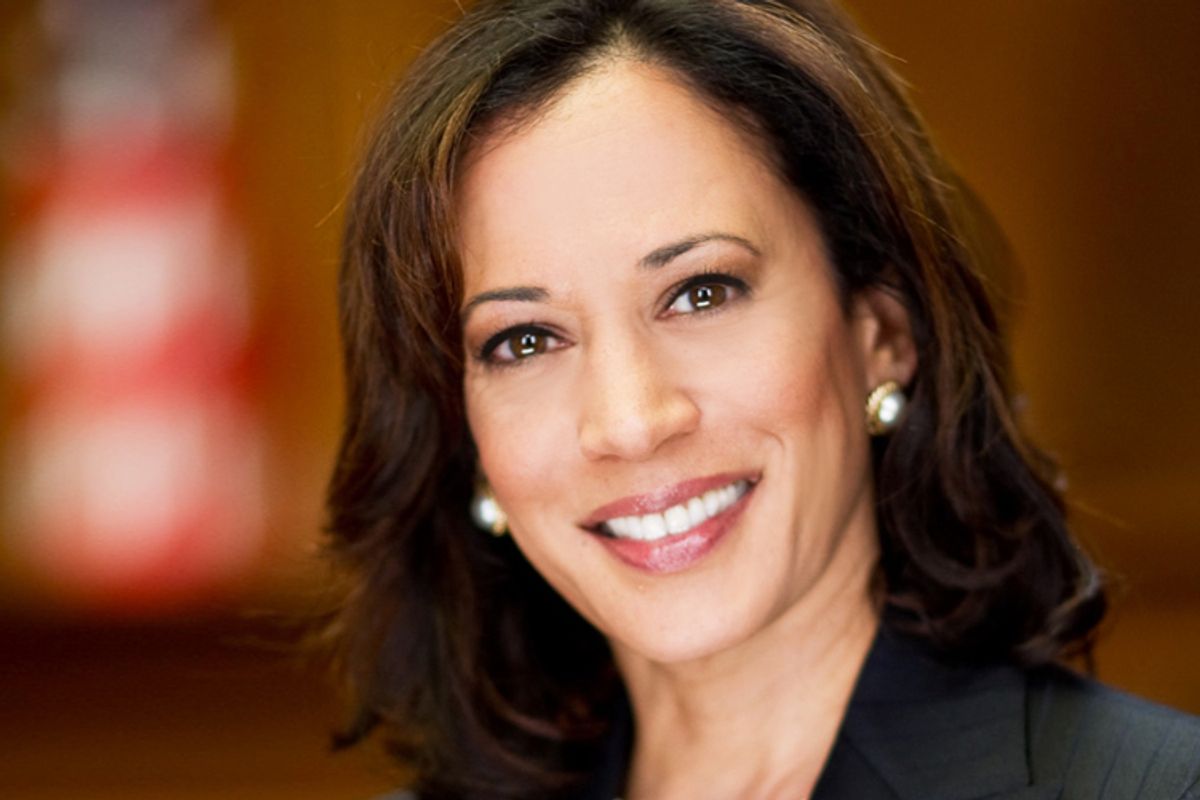 There were, perhaps, stupider things said recently than “How did it become so difficult to call a woman good-looking in public?” but I didn't happen to hear them. So congratulations, Dylan Byers of Politico. Your commentary on the president calling California Attorney General Kamala Harris “by far, the best looking attorney general" made my brain hurt.

It is not "difficult to call a woman good-looking in public," not in a world where women's looks are considered public property, to be commented on, uninvited, whether it's on the street, in a job interview, or in the press. Many people find it quite easy to do, many of them men, and many people who should know better, like Barack Obama.

This is hardly the first time Obama has been smarmily sexist under the guise of paying a compliment. In the same New York magazine story on Christine Quinn in which Mayor Michael Bloomberg was notoriously quoted saying, "Look at the ass on her," Obama got a pass for a more politely phrased brand of creepiness. According to the piece, Obama said to a Republican legislator, 32-year-old Nicole Malliotakis, that she didn't look a day over 23. Quinn promptly joked that Malliotakis should become a Democrat, and the president chimed in, “Come on, honey! I said you’re pretty! I said you look 23!”

Yes, women who seem young and are considered pretty by men obtain certain advantages in our society. That doesn't mean that the purportedly progressive president of the United States needs to do his part to enforce all that. (Don't get me started on "honey," or "sweetie." No, I can't take a fucking compliment.) Yes, people notice and appreciate attractiveness in men and women, which is not incompatible with being smart or successful. But women, above all, are subject to a can't-win calculus in which the desires of men, rather than their objective qualifications, determine how they're treated -- for better or worse. It applies wherever women exist in public, even when looks are entirely irrelevant to the issue at hand.

Almost as obnoxious as the men talking about how put-upon they are by p.c. harpies who aren't interested in the unsolicited feedback -- positive or negative -- were the supposed liberals talking about how we should all just chill out. This was the position of the Washington Post's Jonathan Capehart, who pointed out that Obama and Harris are friends, that this wasn't tantamount to "luridly cat-calling a woman he doesn’t know," and who finished up with an exhortation to "lighten up, people." (Pissed-off people love to be told to lighten up.)

It's also not enough to ask whether Obama would say the same thing about a man, or point out that he occasionally has or that others do. There is simply no comparison between how women's looks and men's looks count toward how society values them as humans. For every shirtless shot of Obama, there are probably 500,000 think pieces about the relative elasticity of Hillary Clinton's skin. If this concept is hard for you to grasp, turn on your television to any news program and ask yourself if a woman who looked like [broadcaster who is not Anderson Cooper] would have the same career.

And if, after all this, you have trouble with understanding what context is appropriate for a discussion of someone's attractiveness, let's break it down by borrowing a term from discrimination law -- BFOQ, which stands for bona fide occupational qualifications. Basically, it says that employers are allowed to discriminate only if the qualities in question are actually necessary and relevant to doing the job -- so yes, female models to advertise women's clothing, but no weight requirements for female flight attendants. Applying the BFOQ test for talking about women's physical attributes, you might ask yourself the following questions: Are you having sex with this person you want to tell everyone is attractive? Are you trying to get them to agree to have sex with you? Is attractiveness part of their job and thus a professional attribute to be discussed like any other? Are you, perhaps, the cheek-pinching great-uncle of this person and thus entitled to a little slack? (Joe Biden has gotten away with lots, apparently under that unspoken provision.)

So far as I know, Obama can't answer affirmatively to any of these questions when it comes to Kamala Harris. Fail.