Parental oversharing is a social-media nightmare. One woman declares war on cuteness, "mommyjacking" and poop pics 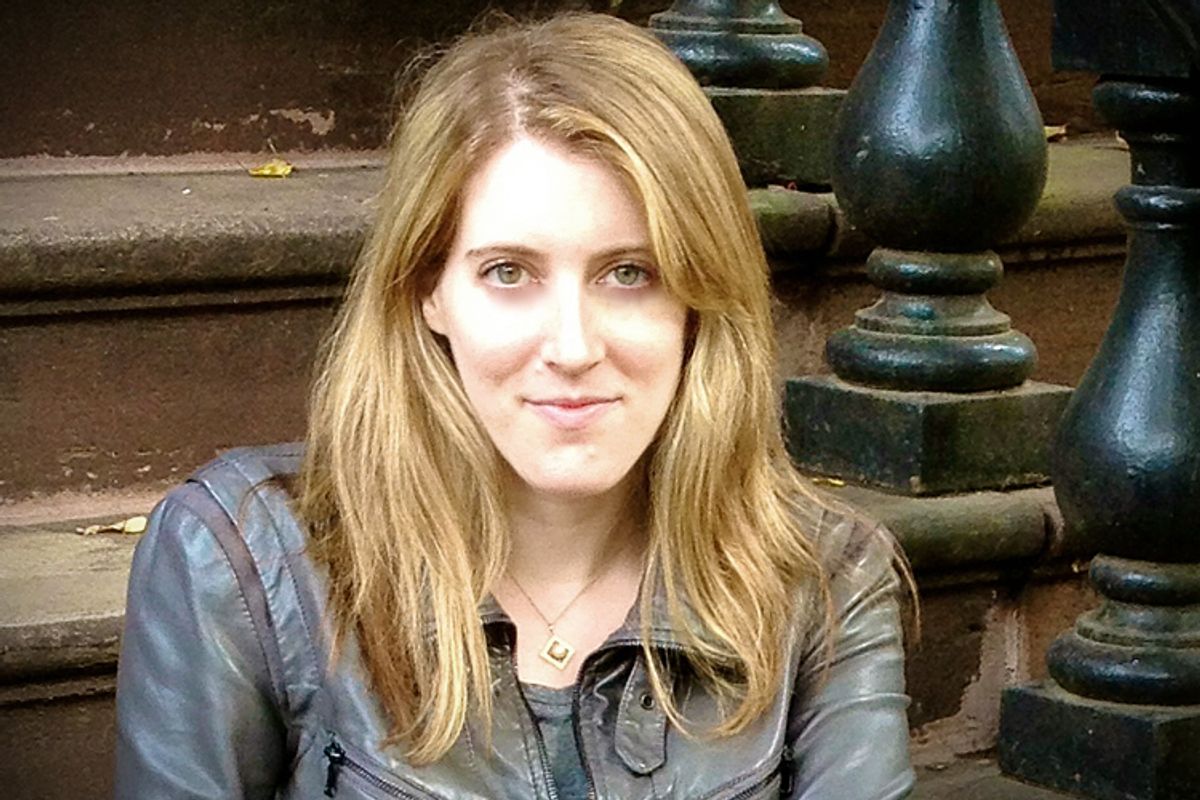 Blair Koenig is not the enemy, parents. Sure, she's been portrayed in certain whipped-up media venues as everything from "mommies' worst nightmare" to one of the scolding "sancti-childless." Earlier this week, "Good Morning America" helpfully introduced her as a "childless blogger" who has "a lot of moms and dads up in arms." And it's true, she does provocatively declare on her site that "You used to be fun. Now you have a baby."

Yet Koenig, in reality, is an eminently reasonable, very funny 30-something Brooklynite whose STFU, Parents happens to sum up the exasperation that plenty of us – the child-free and breeders alike – feel when dealing with the parental self-righteousness and oversharing that permeates our social media feeds.

I discovered STFU via a fellow mom, and ever since have been a devoted -- if often slack-jawed – fan of its chronicle of Facebook "crap hauls" (photos of obscene piles of holiday gifts and candy), "mommyjacking" (wherein a conversational thread is smothered to death by a "LET ME TALK ABOUT THE JOY AND DIFFICULTY OF HAVING CHILDREN" digression) and a whole lot of vomiting action shots.

Koenig, who this week released a book based on her immensely popular blog, talked to Salon about our online obsession with parenting -- and her astonishing collection of poop pictures.

How did STFU start?

I'd never blogged before, and I didn't want to just start another navel gazing-blog. I was searching for a topical idea and a larger conversation. I wanted to see if I could build a community. Right around the same time, I noticed a trend of my new parent friends posting a lot about their kids -- and it was all minutiae, like eight updates in one hour about a baby's fever. So I asked a friend who was a mom about it, and she immediately sent me back two screenshots of people posting about how perfect their kids were. I thought maybe other people were going through the same thing. I've now had about 15,000 submissions.

There's this media perception that you're antagonizing parents, when all the fans I know are actually parents themselves.

I don't want people to think it's me vs. moms. I think of everyone as a reader; I don't see them as parents or non-parents. Most of the people who read the site have kids or plan to have kids or they enjoy kids. Somebody asked me the other day where most of my submissions come from, and I'd say it's probably parents, because they come across this stuff more often.

This joke has been running for a long time. Years ago, you used to go to parties and see people break out the wallet stuffed with photos. But now the parents who are like that have this global audience.

And you give "Mom's Gold Star" awards for parents who post funny and clever stuff.

In addition to being positive and fun, it gets my point across – that if you consider your audience and have a sense of humor, you're good to go.

Some people see Facebook as a digital scrapbook. They don't care if they're entertaining you -- and they're aggressively telling you that they don’t care. It's very weird and entitled. I'm not saying you should only post one cute picture of your kid a year or that I only want to hear about the milestones. I don't think it's entertaining to post a bunch of pictures of your food either. The Gold Star posters, they're trying to entertain their friends, and everybody wins.

Is there any topic or submission you draw the line at?

I have a lot of submissions that are really inappropriate. I have a whole folder called "Depressing." For example, one person took a pic after her kid had climbed on the radiator and slept on it. She wasn’t saying he was in pain, but she'd taken a picture like, "Ha ha, isn't that funny he has these red marks all over?" There are things that I just don't feel comfortable with.

Do you ever have days when you think, "I just cannot look at any more gross stuff?"

I have this weird categorical system, and it was a sad day when I had to open a separate "Placenta" submissions folder. First I just had stuff that was gross like snot and vomit, and placenta was in there. But then it got to be too much and it needed its own folder.

The poop folder is really scary. There are whole separate categories for diaper blowouts and kids drawing with poop and eating poop and the like. Sometimes I feel like, I asked for this. I signed up for this, so I try not to overthink it. But I do see a lot of poop.

How do you respond to all the critics who say that once you have kids, you'll change your tune?

The people I've heard that from have been in the extremist side of the mom blogging community. It doesn't seem that we're ever going to share the same sense of humor. Of course I hope that if I have a child I feel the love that these mothers are talking about. But I don’t think that needs to cloud your judgment in how you use social media. I have a whole chapter in the book called "Loss of Identity." People have a baby and now the profile pic is of a baby and the updates are all about the baby. I hear people say all the time, "Where did my friend go?"

I'm trying to put my opinion out there, but I'm not trying to be antagonistic. There are things that I know everyone can agree on. It’s a no-brainer. Anything that comes out of your butt doesn't have to be put on the Internet. And if it comes out of your vagina, clean it up first.