Pick of the week: The year's most divisive wannabe cult hit

Pick of the week: Shane Carruth of "Primer" returns at last with the enigmatic and disturbing "Upstream Color" 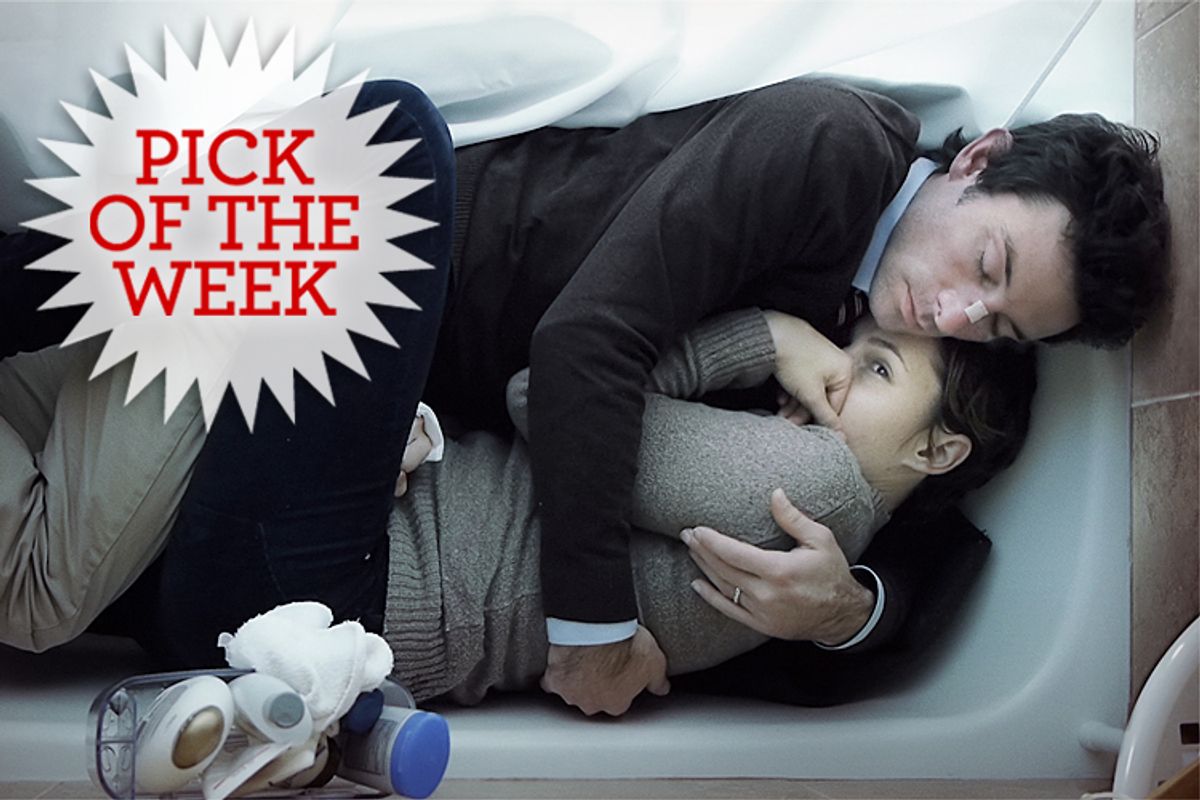 It’s definitely possible that Shane Carruth’s slo-mo science fiction allegory “Upstream Color” is total hokum, and there’s no doubt that many viewers will experience it that way. My own feeling after one viewing of this disorienting and fragmented fable of thwarted love and obscure interconnection, which caused a sensation at the Sundance and Berlin festivals, is divided and perhaps paradoxical. I was immediately drawn in by the mysterious, meticulous world of vision, sound and sensation Carruth creates, with its blown-out digital color scheme and intimate focus, which simultaneously seems to be contemporary America and also an alien zone of disconnection and isolation. Yet I emerged from that hypnotic dream state, 90 or so minutes later, feeling as if the story Carruth tells in that magical space doesn’t quite carry the transcendent resonance he intends.

Let’s back up: What in God’s name am I talking about? Carruth is a largely self-taught filmmaker and self-described control freak who emerged from North Texas suburbia in 2004 with the grimy DIY time-travel drama “Primer,” which was shot on actual motion-picture film for $7,000 and won a Grand Jury Prize at Sundance. Although it had a tiny theatrical release and made little money, “Primer” has accumulated quite a cult following in subsequent years, while Carruth struggled to get another movie off the ground. “Upstream Color” represents the culmination of that lengthy process, and maybe one reason it took so long is that Carruth is the ultimate micro-manager in a medium usually understood to be collaborative: He wrote, directed, produced, shot and co-edited the film, not to mention playing the male lead composing the electronic score. He has even bypassed conventional channels at the other end of the process, distributing the film himself and scheduling his own press interviews.

So “Upstream Color” is defiantly pitched in its own idiosyncratic key, but it bears the unmistakable influence of Carruth’s fellow Texan Terrence Malick and also of Steven Soderbergh’s early films. In one recent interview Carruth said that he’s watched Soderbergh’s 2002 “Solaris” numerous times, and that might sum up his oddness in a single fact: He’s exactly the kind of cinephile who prefers the clinical, atheistic beauty of Soderbergh’s film to the Russian mysticism of Andrei Tarkovsky’s better-known version. This movie also fits into a mini-trend toward abstraction and experimentalism on the ultra-indie fringe of science fiction. (See also: Zal Batmanglij’s “Sound of My Voice,” Kristina Buozyte’s “Vanishing Waves,” Quentin Dupieux’s “Wrong” and arguably Don Coscarelli’s “John Dies at the End.”)

So what’s this movie about? You will notice that I’ve ducked that question until now, and for good reason. It’s not that you can’t understand the plot of “Upstream Color,” although you may feel completely lost at certain points in the first hour or so. If you pay attention the whole way through, the general outline of what Carruth calls the “worm-pig-orchid cycle” (I am totally not kidding) will become clear enough. Arguably too clear, in a funny way: Carruth’s circular yarn of parasitism and hidden biological or ecological connections between individuals and species feels a little too much like a precisely worked-out crackpot metaphor for the entire cycle of existence. Think “The Tree of Life,” with pigs instead of dinosaurs.

It may also be fairer to start in the middle and work outward in both directions, partly because the less I make “Upstream Color” sound like conventional science fiction, the less hate mail you folks will send me after you see it. In many ways this is a highly familiar indie-film tale of dislocated romance, involving two drifting, semi-outcast characters who find each other amid a landscape of anomie and are drawn together by forces they don’t understand. We eventually learn that Jeff (Carruth) is a disgraced financial whiz, working off the books for some shadowy corporate employer, but the real protagonist is Kris (Amy Seimetz of TV’s “The Killing”), an intense, preoccupied blonde struggling to recover from her own personal calamity, which she doesn’t understand and can’t quite remember. Given the extreme difficulty of playing a real person in the dreamlike landscape of this film, Seimetz gives a remarkable performance. (I'm inclined to think that Carruth will eventually decide he's better off writing himself out of his own movies, on the other hand. As an actor, he's adequate but nothing special.)

I honestly don’t know if we learn Kris and Jeff’s names at any point inside the film; these are people cut off from their own pasts and families (if they have any) as well as from the larger society that is barely glimpsed and seems almost nonexistent. Their surroundings are a flat, anonymous North American city, rendered deliberately unrecognizable. If Kris doesn’t know what happened to her, we do (and let’s all take a deep, collective breath): Sometime earlier, she was abducted from a nightclub by a nameless assailant (Thiago Martins) and forced to ingest a parasitic worm that has powerful psychotropic qualities, like a juiced-up combination of sodium pentothal and LSD. While Kris is enslaved in a zombie-like state for several days, the thief systematically strips away all her money and property, leaving her destitute, jobless and bewildered.

Honestly, it’s not as goofy as it sounds, just laid out like that. For one thing, by that point in the film, we know a lot more than that, including the fact that “Upstream Color” is both a metaphorical and literal description of what’s going on. Neither the worm itself nor the vicious and disturbing crime (a literal identity theft, with undertones of sexual assault) is the real agent of change in a cycle that involves – yes! – wild orchids, mysterious blue currents in a river and a pig farm, not to mention disconnected episodes about an audio engineer who’s wandering around recording nature sounds and various people reading extracts from Henry David Thoreau’s “Walden.” As in “Primer,” Carruth veers from low-rent and often troubling sci-fi images, such as a trailer-park scientist who extracts the worms from infected people for his own purposes, and the somber naturalism of Kris and Jeff’s uneasy love affair.

There isn’t much dialogue in “Upstream Color,” and what there is of it is often misleading or indirect. What I discern here is the work of a unique visual stylist and collage artist who’s creating obsessive-compulsive allegorical puzzles, whose underlying philosophy is deliberately unclear. (Another likely influence or parallel would be Richard Kelly, he of “Donnie Darko” and “Southland Tales.”) You could read the film as the story of life on planet Earth, with some vague degree of mysticism but no default to spiritual or supernatural beginnings, or you could say (despite my claim earlier that human society is nearly invisible) that it’s a parable about life in a downward-trending economy. It would make a terrific double bill with Malick’s new “To the Wonder,” which is also a flawed, gorgeous and enigmatic love story. I’m still inclined to say that Carruth’s ideas don’t live up to his remarkable craft – but on this movie, the conversation is just beginning.