Courtrooms are inaccessible by design 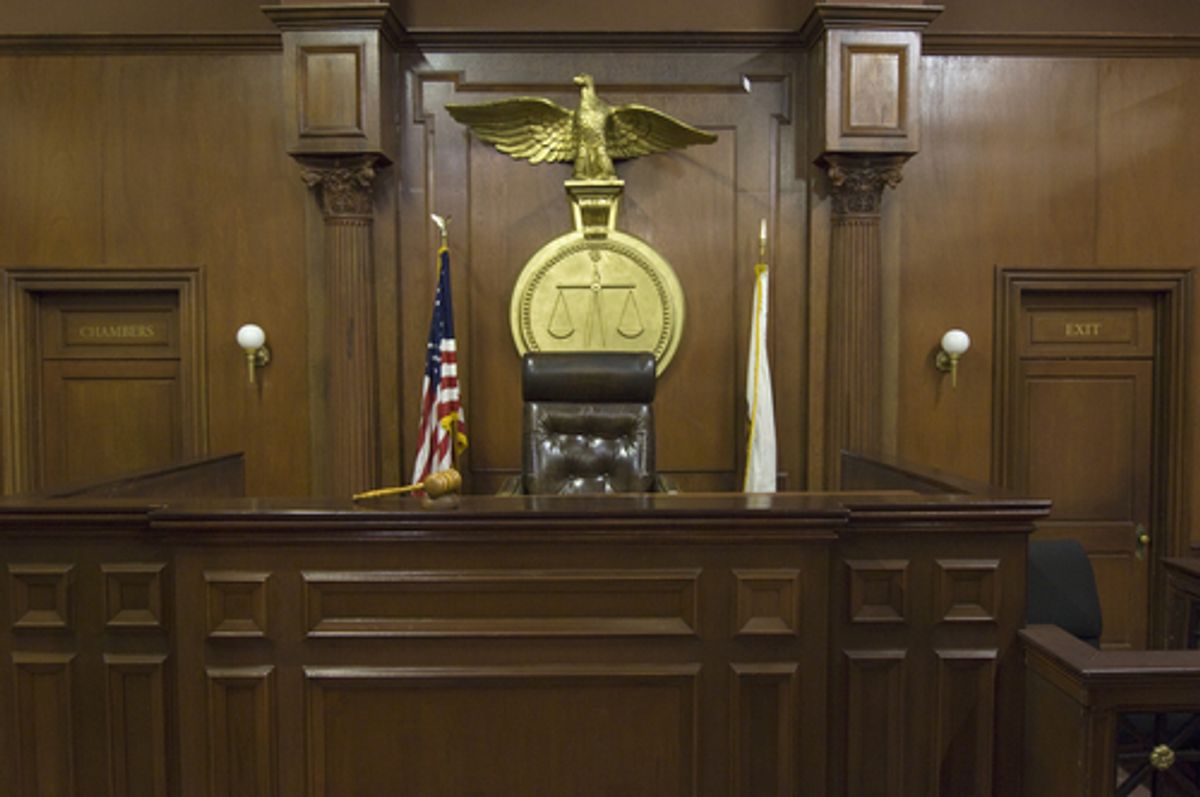 In a particularly memorable scene from Tina Fey’s now bygone NBC odyssey, "30 Rock," Liz Lemon dons a Princess Leia costume in an attempt to evade jury duty. “I don’t really think it’s fair for me to be on a jury, because I’m a hologram,” she calmly informs the jury clerk, who fails to dismiss her.  The length that Fey goes to to avoid jury duty is the natural conclusion to the average American’s aversion to serving and observing the courts system. The average citizen doesn’t relish the thought of spending time in a courthouse, and generally won’t, unless forced to do so by the state.

For those who work outside the justice system, the American courtroom can seem as much an inaccessible, nearly fictitious space as it can a repellant one, our perceptions largely limited to "Law & Order"-style television dramas, journalist’s accounts of oral arguments, or exaggerated novelizations of trial scenes. Those who do venture inside a courtroom are generally corralled behind a railing or partition of some sort, physically removed from the proceedings and judiciary and organized in pew-like benches reserved for observation. As scholar Linda Mulcahy writes in her article, "Architects of Justice," this physical arrangement could easily be interpreted as a reflection of “the fundamental principle that justice should be seen to be done.” This warm and inclusive idealism has obvious appeal, but Mulcahy argues that the current reality of the courtroom is increasingly far from the depoliticized space it once aspired to be.

While space for courtroom spectators is reserved and clearly demarcated, it is also heavily surveilled and policed. In most courtrooms, officers of the court pace back and forth, watching the spectators more intensely than the proceedings. Mulcahy explains that “expectations about ‘sightlines’ within the courtroom provide a particularly good example of the panoptic ideal; how the heaviness of the idea of law as physical compulsion can be replaced by the simple economic geometry of seamless surveillance.”

The topography that enables the judge to survey and control the courtroom from an elevated position is a deliberate architectural choice, as is the obstructed view of the public, placed behind the litigants and jury. As Mulcahy writes:

Since the only person a member of the public is sure to have a clear view of is the judge, it would seem to be the case that the observation of justice is now limited to observation of the adjudicator rather than evaluation of evidence and the weight which should be afforded it. It is process rather than substantive argument that the public are encouraged to observe. In this way observation has become distinct from participation and viewing from accountability.

The very floor plan of a courtroom puts the public in its place. Beyond the space itself, the intense formality of courtroom proceedings can feel more theatrical than grounded in reality, and the law itself is shrouded in banal mystery for the average non-lawyer, possessing its own highfalutin vocabulary. Between the “legalese,” the adversarial nature of these proceedings, and the physical divisions of the courtroom, it comes as no surprise these spaces feel increasingly unapproachable to the general public.

In recent weeks, justices of the U.S. Supreme Court have further amplified this inaccessibility by refusing to yield to the idea of placing cameras in their courtroom so that oral arguments might be televised for the public. While audio of hearings is available, the court remains a stubborn outlier when it comes to cameras. Despite her initial interest in introducing cameras, Justice Sonia Sotomayor has since adopted an elitist tune: “I don’t think most viewers take the time to actually delve into either the briefs or the legal arguments to appreciate what the court is doing … very few of them understand what the process is, which is to play devil’s advocate.” She’s right, on one hand – despite a broadly demonstrated national interest in providing federal benefits for same-sex couples married under state law, most of us have not slogged through the briefs before this week’s hearings.

But while many may gladly rely on reporters to translate the events of the day, the monumental impact this argument (and many more to come) will have on Americans leaves the suggestion that few of us “understand” as a weak argument. The Supreme Court is the most striking example of hierarchical American courthouse architecture, from the 44 steps leading dramatically to its entrance, to the massive red curtains that frame the courtroom itself. Given the weight of the historic legal decisions made here, and their subsequent influence, its grandeur and air of inaccessibility comes as no surprise. But as long as the large majority of Americans are unable to travel to the building itself to observe an argument, allowing cameras in the courtroom seems like a logical step toward the kind of transparency that the public should freely expect. A C-Span broadcast hardly seems like a bad place to start.