California businesses lead the charge to drop the penny 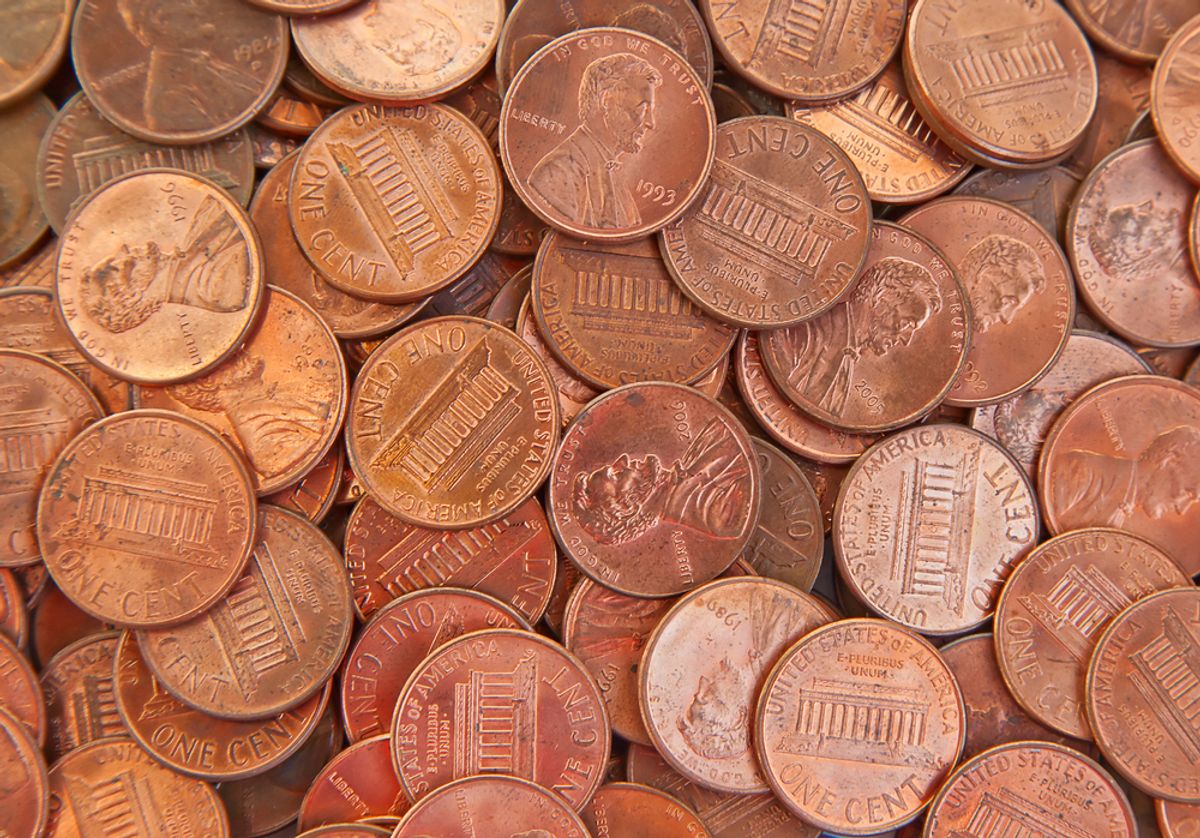 According to the United States Mint, pennies have become more expensive to make than they're worth. Literally. It costs two cents to produce a one-cent coin, the data suggests. And pennies are 97.5 percent zinc, which requires mining that damages the environment, critics are quick to add.

For these reasons and more, two California businesses have joined other local shops that have stopped accepting the coin. Perhaps energized by Canada's recent decision to stop manufacturing pennies, Cheeseboard Pizzeria and Mike's Bikes in Berkeley are part of a of a growing movement to ban the one-cent coin.

As Shelby Pope from the East Bay Express reports:

Although Mike's Bikes and Cheeseboard Pizzeria still accept pennies as payment, neither store hands them out in change. Instead, both stores round transactions down in the customer's favor to the nearest nickel. Although the stores lose a little from the rounding, Adams said it's ultimately worth it: "For us, it's a net savings. It's more convenient, and the time it takes to roll the pennies and deal with them makes it worth it."

Worker/owner Ridwan Schleicher of Cheeseboard Pizzeria said the eatery stopped using pennies in August 2012 because "we just got sick of dealing with them." (The Cheeseboard cheese shop and bakery next door still uses pennies, however.) "There's been no negative reaction. People are pretty excited."

But not everyone is on board with the movement to drop the penny, as Pope explains:

But according Robin Adams, policy director of Americans for Common Cents, pennies are getting a bad rap and they aren't as expensive to make as the US Mint contends. "The actual cost of producing the penny includes overhead from the US Mint," Adams said. "If you take the penny out of circulation, the proportion that Mint applies to overhead would end up going somewhere else — like, for example, the nickel."

Adams also argued that if the penny were to be retired, charities that rely on penny drive donations would be hit the hardest. Furthermore, he said there's no guarantee that businesses would round in the customer's favor, and, if they don't, it would harm low-income consumers. "The natural tendency is for people to round up," he said. "You can say [rounding] doesn't make a whole lot of difference, a couple of cents here and there, but it does for people who are on stringent personal budgets."