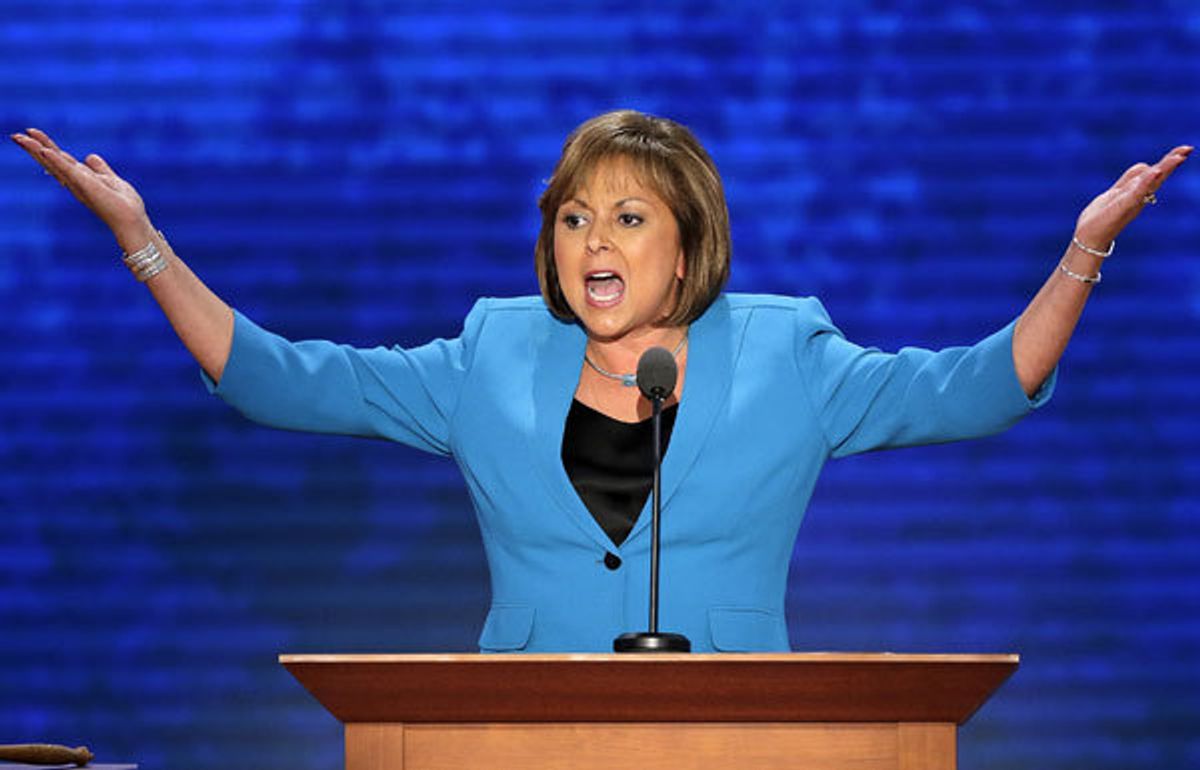 Republican governor and gay marriage opponent Susana Martinez has vetoed a Senate bill to help the families of gay service members obtain professional licenses in New Mexico. After issuing the pocket veto, Martinez signed an identical version of the measure that would only streamline the process for straight spouses.

In a statement on House Bill 180, Martinez said:

When military families and recent veterans move to New Mexico, we have to make it easier for them to support themselves and get to work. This legislation will end the burdensome process of requiring these already-licensed nurses, teachers, counselors, and other professionals to start over from the beginning when they are transferred to our state. I’m pleased that we are now removing this red tape and making it easier for our troops, veterans, and military spouses to get to work right away.

But that red tape will still delay same-sex spouses of active duty and veteran service members looking for work in the state, creating a two-tiered system for gay and straight spouses and igniting harsh criticism from gay rights and military family advocates.

“In the post-‘Don’t Ask, Don’t Tell’ era, openly gay service members are proudly serving and dying for our country.  And their partners back home bear the same burdens as their straight neighbors,” Pat Davis of ProgressNow New Mexico, a non-profit advocacy work advocating for LGBT equality and progressive issues in the state, said in a statement.

“The rest of the country has moved forward and understands the sacrifice our proud gay service members make.  There is no excuse in today’s age for signing a bill that intentionally thumbs one’s nose at our gay soldiers unless you believe that their service and sacrifice is somehow less important.”