What will the audience at Howard University make of a senator with a controversial record on civil rights? 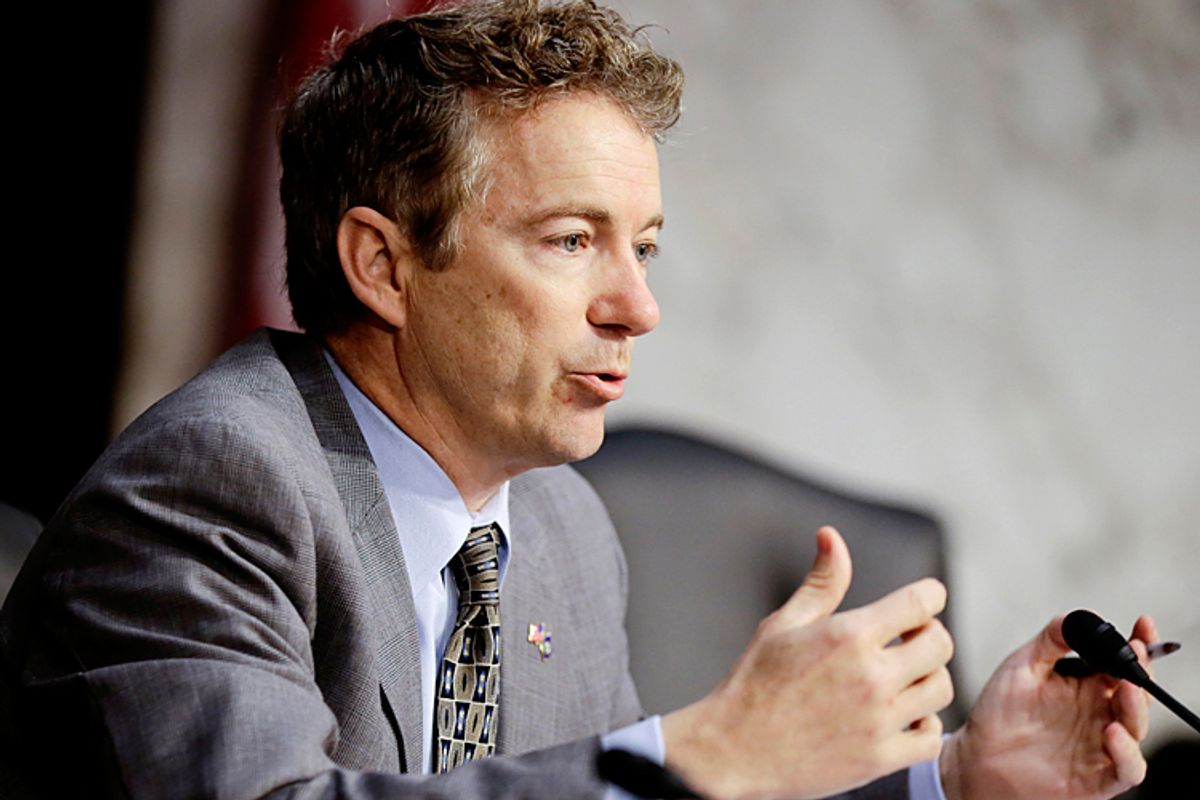 Republican Sen. Rand Paul will make a pitch to minority voters this week at Howard University, the historically black college in Washington, D.C. The potential 2016 hopeful's message Wednesday will focus on inclusion, according to a press release from the school:

Sen. Paul’s speech will focus on the importance of outreach to younger voters, as well as minority groups. He will also discuss the history of the African-American community’s roots in the Republican Party and current issues, such as school choice and civil liberties

It will be interesting to see what the audience at the school, which is still overwhelmingly African-American, makes of the speech from a senator who once said he didn't support the Civil Rights Act of 1964 on the grounds that it impinged on business owners' rights (he later walked back the remark).

Undergraduate student council president Anthony Miller told Salon he's excited to hear what Paul has to say and is interested to see what questions students ask of the senator, especially in light of his comments on the Civil Rights Act. "Some students did have some problems with that," Miller recalled of Paul's 2010 remarks.

"The Republican Party has realized that they're going to have to reach out to more minorities and cater their message more towards them," he said of Paul's decision to speak at Howard.

While Miller said "there are definitely some people that are not going to be as receptive to what he has to say," he expected most students will come with an open mind and be receptive to the speech, adding that he hopes Paul's appearance will be spark a "constructive dialog" on campus.