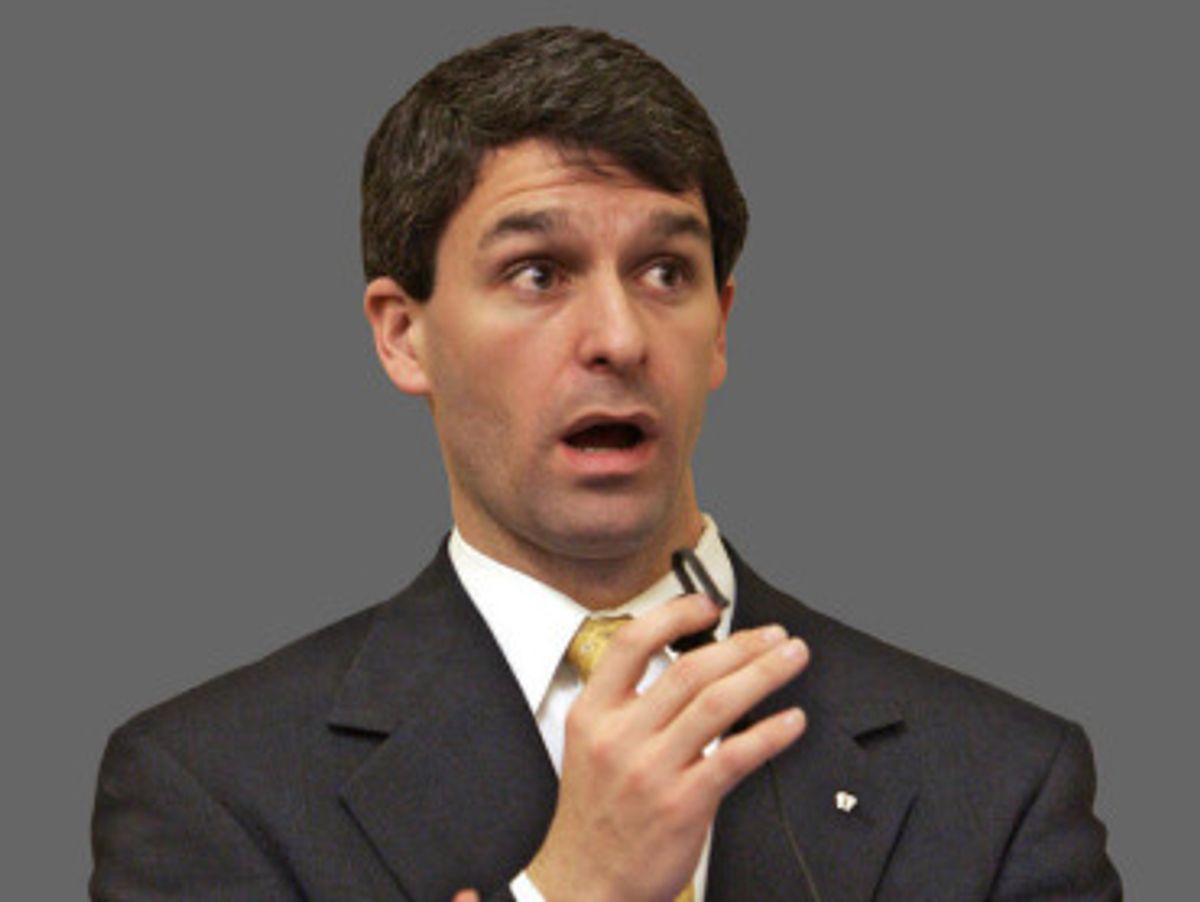 And, as Dana Liebelson at The Week notes, Cuccinelli isn't the only lawmaker -- and Virginia isn't the only state -- trying to legislate consensual sex.

In spite of the 2003 Supreme Court decision in Lawrence v. Texas that ruled sodomy laws were unconstitutional, many states still have them on the books and continue to selectively enforce them. According to Liebelson:

Carlos Maza, writing at Equality Matters, also argues that "the presence of sodomy laws can cause gays and lesbians to be dragged into humiliating, costly, and discriminatory legal disputes." He points to a 2008 case in North Carolina in which two men were arrested by the Raleigh Police Department for having consensual sex, and even though the charges were later dropped, one of the men said the "awful" ordeal "humiliated" him. The police captain in charge of the department at the time maintained that even though the Supreme Court had ruled sodomy laws unconstitutional, "The law is still on the book... What the D.A.'s office will do with it, I don't know."

So what gives? Are the remaining anti-sodomy statutes part of a top-down vanilla sex agenda to make missionary America's official position? No, probably not, says Gregory Nevins, an attorney for Lambda Legal: "The cynical explanation of why these laws are still around is that it keeps members of the LGBT community in their place."

While sodomy laws can legislate sex acts between heterosexual couples, they have been used most often to discriminate against LGBT individuals. Sodomy laws have been used to stop gay Americans from adopting and fostering children and gaining custody of their own kids. They have also been wielded in the workplace — like when Georgia's Attorney General rescinded a job offer to a lesbian lawyer because she was marrying a woman, and then successfully used the state's sodomy law to justify the discrimination.

In a 2011 report for Mother Jones, Tim Murphy mapped out the endurance of anti-sodomy laws in the United States. You can find where your state stands on sodomy here: