Bank stole your house? Have 10 pitchforks' worth of compensation 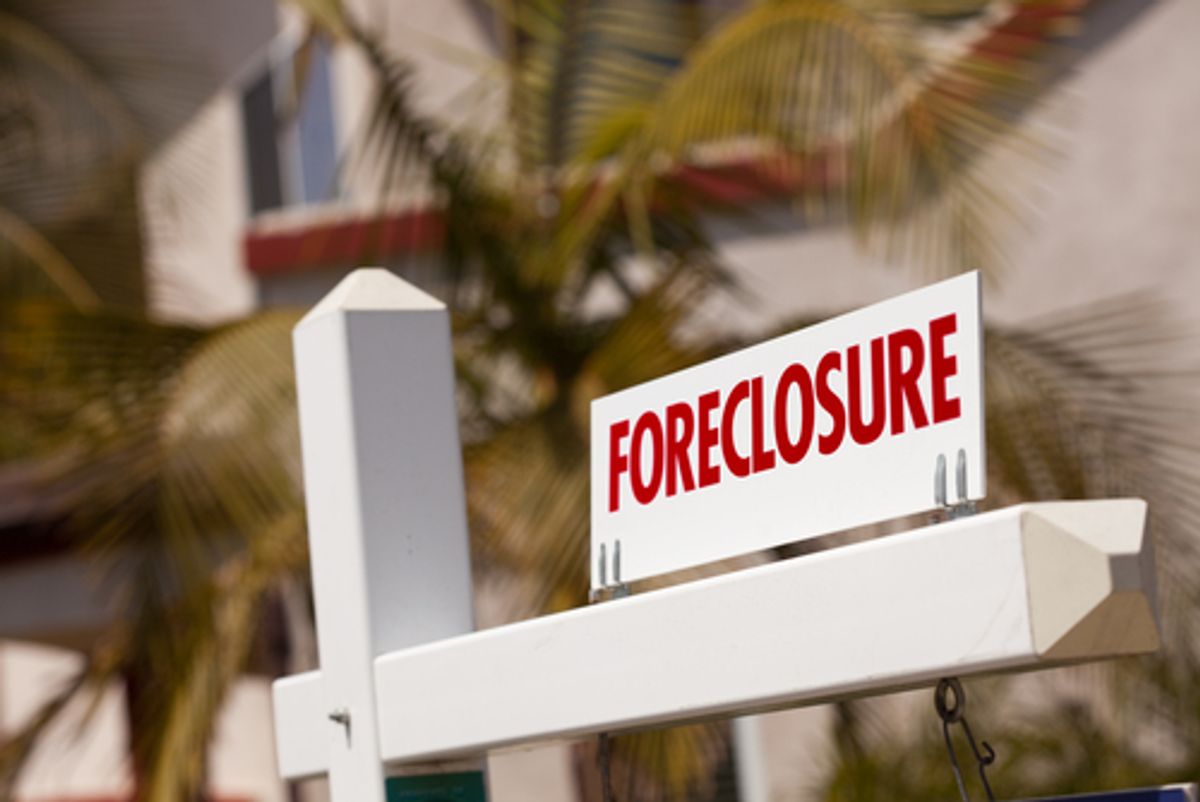 First as tragedy, then as farce. The Office of the Comptroller of the Currency (OCC) announced Tuesday details of how much money the banks will pay homeowners who were found to be wrongfully foreclosed on, or who suffered financial harm at the hands of the banks. Just as a sampling, individuals who had loan modifications approved by banks but were still foreclosed upon will receive a paltry $300. Six hundred seventy-nine people were faced with foreclosure even though they were never once in default; they will be compensated $5,000.

Former Wall Street V.P. and current Occupy Wall Street activist and member of Strike Debt Alexis Goldstein took it upon herself Tuesday to put the payouts in a little context. She created a site detailing "What You Can Buy for Having Your House Stolen," on which she lists a varied taxonomy of items the compensation can afford wrongfully foreclosed individuals -- all the items that are not your house back. Goldstein told Salon via email, "I'm hoping to (1) draw attention to the OCC, one of the lesser-known banking regulators who are completely captured by the banks. (2) point out how egregiously low these settlement numbers are."

We thought we'd pick out some of Goldstein's choice examples to drive the message home in the following slideshow. (All slideshow text from Goldstein's forhavingmyhousestolen.tumblr.com)