Sneer at his red-state anthems, fine -- but the country superstar's staking his career on a controversial new album 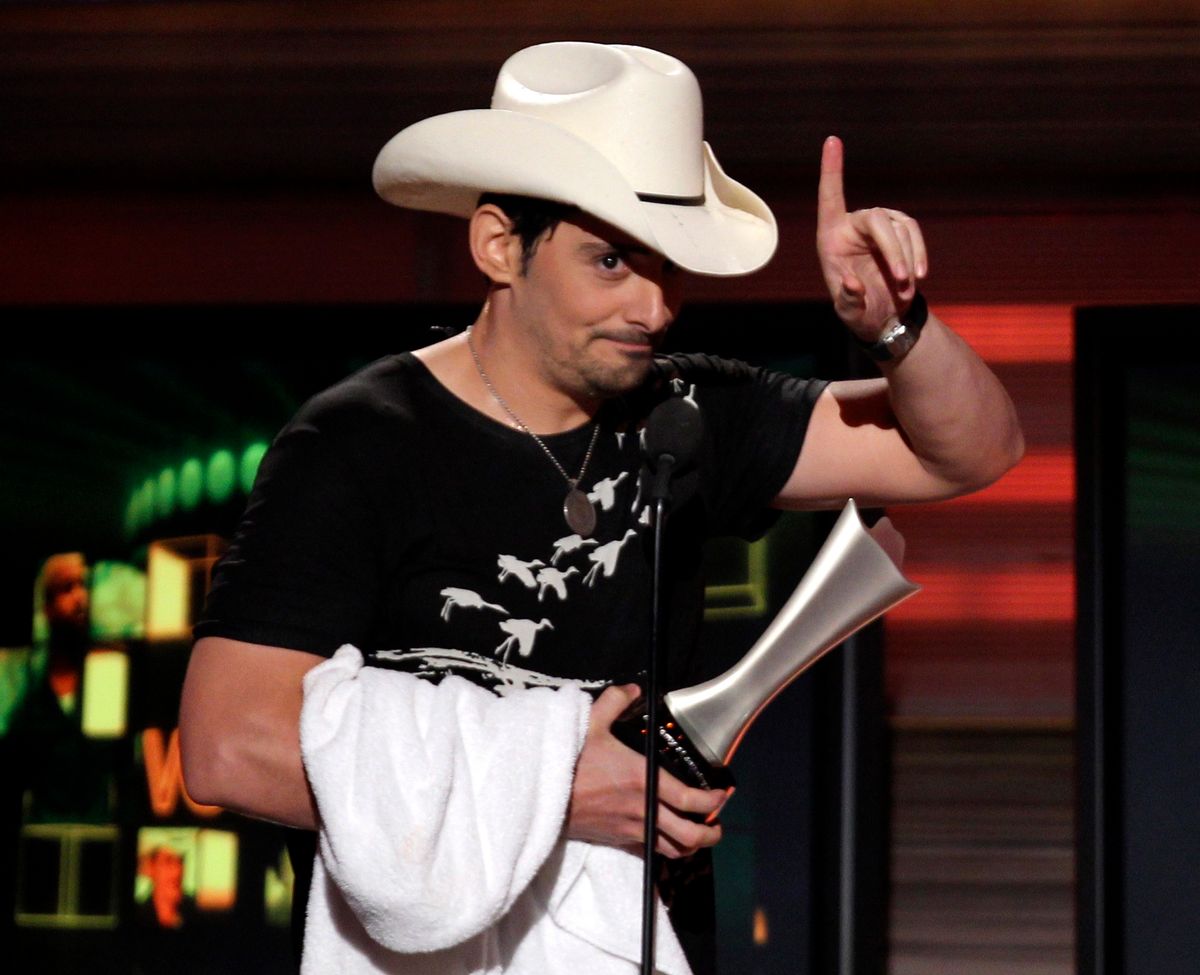 Lyndon Johnson once said of a fellow politician that he was “all hat – and no cattle.”

Well, Brad Paisley’s got the hat, and one right smart herd of creative cattle. Today marks the release of his ninth album of original material, “Wheelhouse,” and judging from the initial buzz, he seems to have stepped into the fecal residue of one of his cows.

Well, the Confederate flag, Reconstruction and a Civil War that, let’s face, it, never ended -- and worse, shows no sign of ending.

Just the subject one might expect from one of Red State America’s biggest stars. Maybe, Brad, you can explain why?

“The red flag on my chest somehow is like the elephant in the corner of the South.
And I just walked him right in the room.
Just a proud rebel son, with an 'ol can of worms
Lookin' like I got a lot to learn but from my point of view.”

Yep, with this record, Brad Paisley may just have bitten off more than he is supposed to chew, being a country music superstar and all, ya’ll. Even in the pages of Salon, the debate rages. People are now arguing their asses off over the political subtext and socio-historical implications and subtext of what promises to be a top-10 country hit.

Listen to “Those Crazy Christians":

This is not biting the hand that feeds you. This borders on traumatic amputation. A couple of albums back, Paisley co-wrote a top country hit celebrating the election of ... Obama? It ends with this picture of imaginary Southern life:

“I had a friend in school
Running back on the football team
They burned a cross in his front yard
For asking out the homecoming queen
I thought about him today, and everybody who'd seen what he'd seen.
From a woman on a bus.....
To a man with a dream.”

Just what does Paisley think he is doing? Not sure, but I recognize the sound of what Ol’ LBJ might have referred to as “Big Brass Ones” in the process of rattling.

Remember what happened to the Dixie Chicks?

Another song in point. A domestic violence revenge fantasy, where an abused woman gets even.

“She doesn't dare go in the place
With those bruises on her face
So she goes through the drive-through
and keeps her sunglasses on.

She didn't know when she married that man,
she'd get to know him like the back of his hand
But now she's had enough. And the battle lines are drawn.

He's in a bar chasin' Cuervo with Tecate
He doesn't know she's been taking Karate.
The way she figures it, about July
She'll finally have the belt to match her eye.”

And at the end of the song, with a little help from her karate teacher, and another Paisley duet partner, card-carrying Red State oracle Charlie Daniels, the abuser gets his.

But now, roles are reversed ...

“He doesn't dare go in that place
With those bruises on his face
So he goes through the drive-through
With his sunglasses on.”

Brad Paisley is doing something different here, and attention must be paid. He is putting his mass popularity on the line addressing and trying to bridge the red/blue divide in acts of brilliant lyrical tightrope walking – and yes, performance art. He has his core audience to lose if he gets it wrong, or is even perceived to be getting it wrong, which must be even scarier.

When Stephen Colbert mouthed off at the White House press dinner, he knew he had his core audience to come home to. When Springsteen gets political and fills stadiums with mournful anthems on the wrong American working man, well, ditto. When Quentin Tarantino made "Django" -- he crossed several lines, but that is in his job description as outrageous cultural warrior and provocateur .

But Brad Paisley is a beloved country star, a medium not known for encouraging complex internal debates. If he screws this up, he'll lose his bully pulpit -- a risk that Big Hat – or Big Ego superstars are not prone to take. In this, Paisley is now among the big boys. Bob Dylan’s made a career of shocking his audiences. Duets with Johnny Cash in 1969, going Christian in 1979, putting out unlistenable Christmas albums in 2009. But being contrary is part of Dylan’s brand. We expect no less. Neil Young is another ornery cuss who comes to mind. But neither of these esteemed gentlemen enjoys the kind of stadium-filling success that Paisley currently enjoys. There is nothing Paisley really has to gain by pushing his audience in these challenging directions – and non-country fans will probably just sneer anyway.

Let’s be clear. Paisley still spends an inordinate amount of time dealing with traditional country tropes. But even when he and his co-writers traffic in cliché they approach it, as Robert Christgau once wrote about Bob Dylan, in the way that “a butcher approaches a chicken.”

Confirming our worst fears.
I said he wouldn't make it six months.
Others, gave him a year.

And sure enough, last Saturday
We paid our last respects.
He left us here, still in this life
And he's gone on to the next.

I've never seen him wear a tie
But he looked so natural, almost lifelike.
The preacher spoke, his mother cried,
When he said "Son, you may now kiss the bride."

Kountry Kitsch? Sure. But would Randy Newman blush if he dashed those lines off? Nope.

But well-crafted ironic lyrics, brilliant guitar playing and garden-variety great singing are not unique to Brad Paisley, though he does possess all those skills in abundance. What makes Paisley unique is his quest to find a more universal choir to preach to. How many hugely popular commercial artists really, really risk pushing their audiences where they do not want to go? Again and again? Official Crazy Christian Michelle Shocked incoherently, and tragically, fell on this third rail of toxic division, and the smoking crater of her career is all that is left behind. Brad Paisley is using his bully pulpit to actually try to reconnect a country at war with itself. Perhaps the fact that nobody seems to notice what he is doing is a good thing. Or, it means nobody is listening – or, worse, that it is too late to listen.

“A famous TV preacher has a big affair, and then one tearful confession, and he's born again – again. Someone yells “hallelujah” and they shout and clap and sing. It's like they can't wait to forgive someone for just about anything. Those crazy Christians.”

Paisley ends the meditation on “Those Christians” thusly.

“They look to heaven their whole life. And I think what if they're wrong. But, what if they're right? You know it's funny, much as I'm baffled by it all, If I ever really needed help, well, you know who I'd call.

It's those crazy Christians.”

Not sure Paisley is Christian, but he is definitely not crazy.

And in these divided times, I think we need all the help we can get.