Down with the plastic lunch tray! 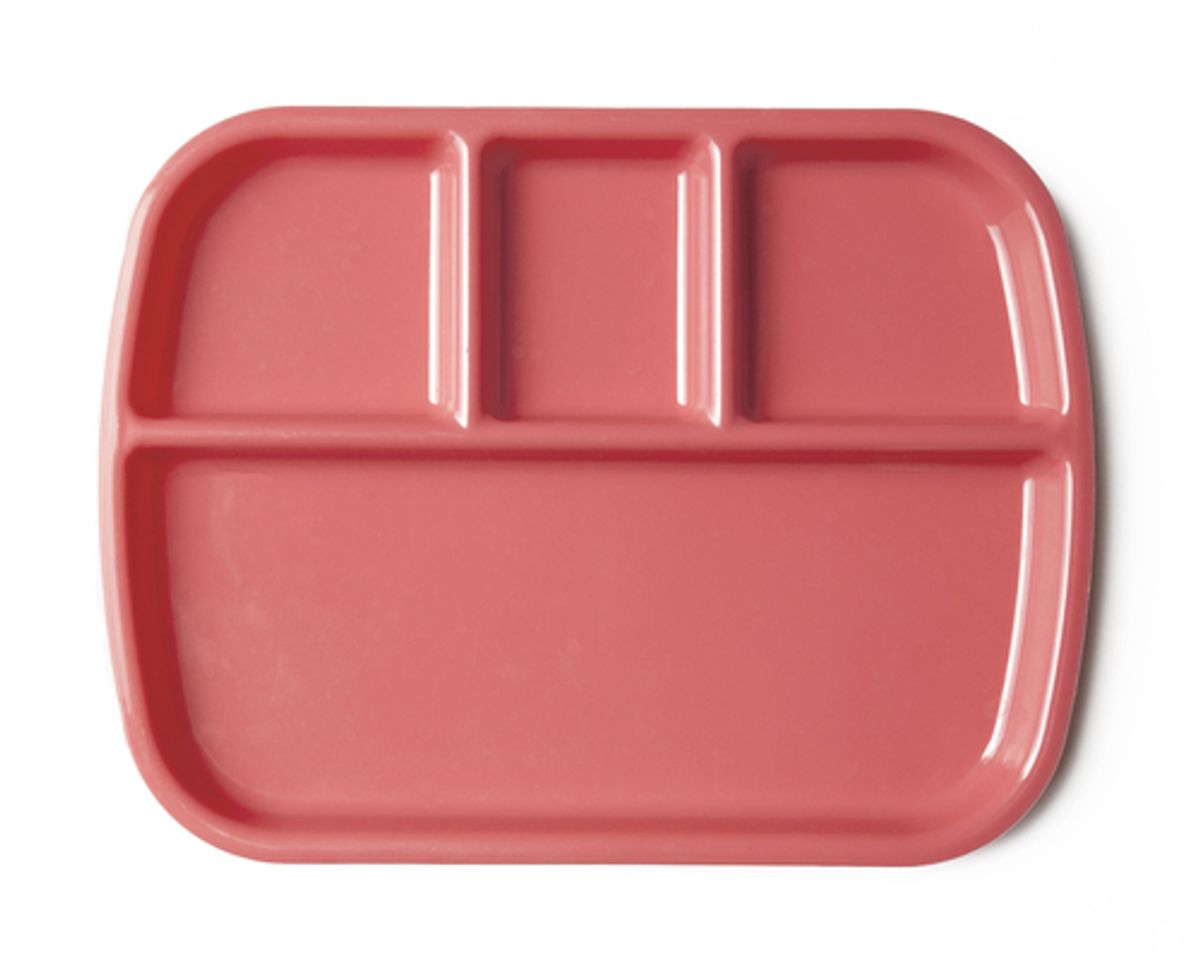 When I was a sophomore in college, a near mutiny arose on campus after the administration announced that, forthwith, all plastic trays would be removed from our cafeterias. Not only did the trays encourage students to waste food, Old Chapel argued, but washing them all—in addition to the usual slew of plates, bowls, and flatware—consumed a needless amount of chemical detergent, hot water, and worker wages. (They also had a pesky habit of winding up on the sledding hill in winter.) This being rural Vermont, and with so little else to organize against—the Dow was above 14,000, Occupy Wall Street was a distant dream—we took our teenage entitlement and self-righteous anger out on poor Matthew Biette, the bow-tied director of college dining.

I thought of Biette the other day after spotting an item in the Journal of Hunger & Environmental Nutrition. I wanted him to know that, all these years later, he’d been vindicated: according to researchers, traylessness reduces food waste among college students by nearly a third, and dish use by more than a quarter.

Industry reports from service providers like Sodexo and Aramark have suggested that ditching trays can reduce food waste by up to 25 percent. But their methodology is less than rigorous, so Kiho Kim and Stevia Morawski, of American University’s environmental studies department, decided to design an experiment of their own.

For one week in 2009, trays were randomly made unavailable to lunch- and dinner-goers in American’s all-you-can-eat cafeteria. The researchers intercepted the first 30 diners who finished their meals, tallied up their dirty dishes, and weighed their food waste. When trays were available, the average student threw away 111 grams of scraps and leftovers; sans trays, they wasted just 76 grams—a 32 percent drop.

Kim and Morawski note that American’s dining hall serves 3,200 meals every day, so going trayless would save 13 tons of food every semester—enough to feed a crowd of 5,000—and produce 200,000 fewer dirty dishes for the staff to wash. And indeed, when they showed their data to the university’s administration, the trays disappeared for good.

I sent Biette the paper. “Thanks for the read!” he wrote back. “Nice to see that it was quantified and verified and perhaps I am no longer vilified!”