Glenn Beck: The "principle" of gay marriage is right

Beck reflects on marriage equality, freedom and "winning" in a recent stream-of-consciousness monologue 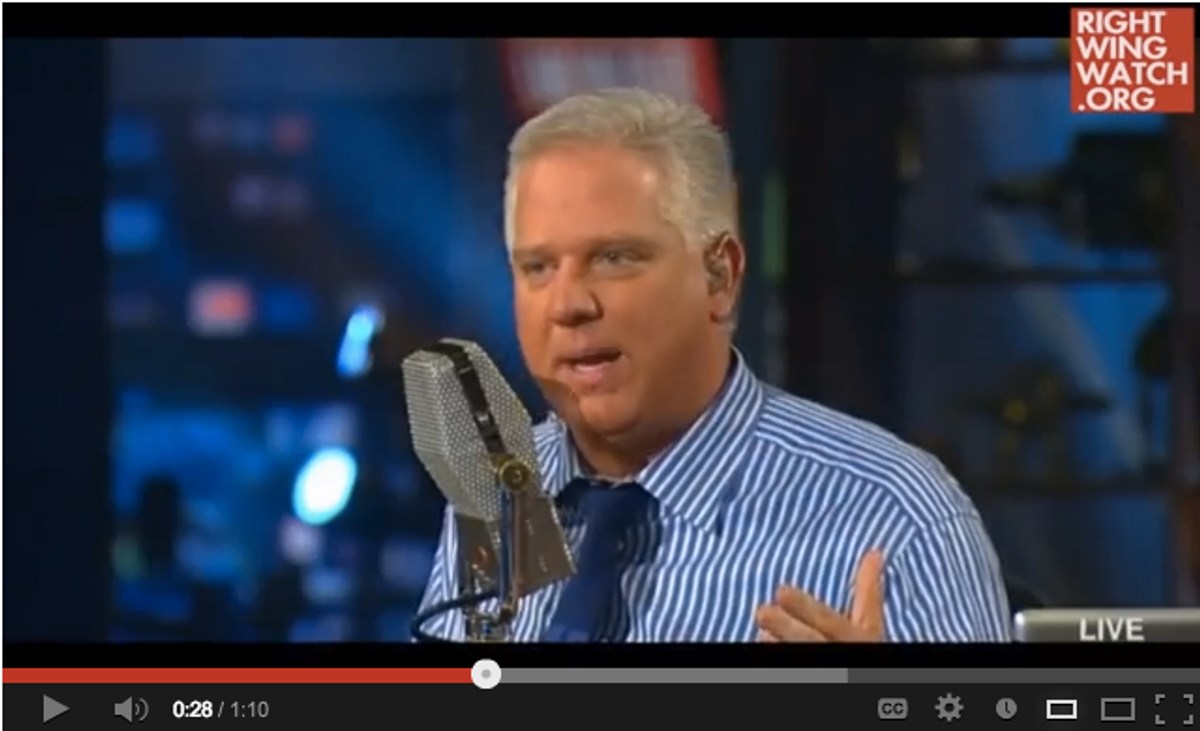 Glenn Beck can be a hard nut to crack. As Kyle Mantyla at Right Wing Watch notes, the self-described libertarian sometimes seems to support gay marriage, since he thinks its none of the government's business who gets married and that equal marriage is a generally "pro-freedom" move. Other times, Beck thinks the gay rights movement wants to "shut down my freedom of speech and my belief in -- what you don’t believe in but I do deeply -- the Bible," which is, you know, paranoid and weird.

So, in the spirit of Beck being such a complicated guy, let's try to guess how he feels about gay marriage based on this rambling monologue on freedom and "winning":