The group will continue to conduct "sidewalk interference" outside of clinics, now with possible university funding 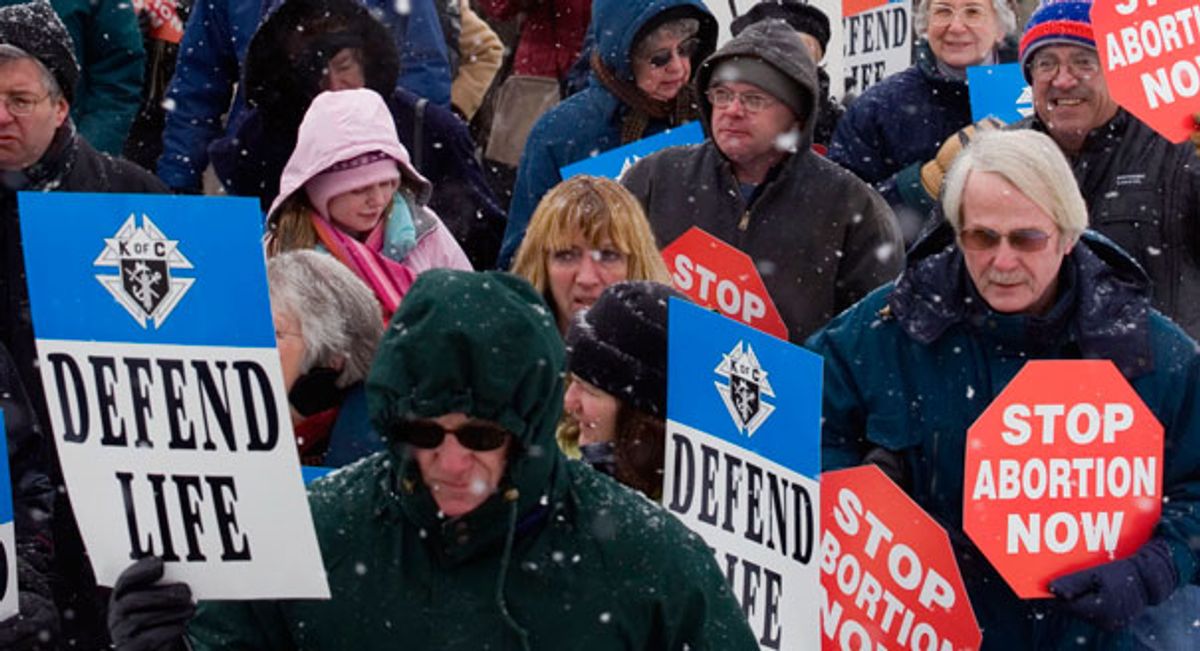 After previously being denied by the Student Government Association's Senate, an antiabortion group at Johns Hopkins University has been granted official status as a campus organization and will continue to conduct "sidewalk interference" sessions outside clinics, now with possible university funding.

Johns Hopkins announced on Wednesday that the Student Government Association's Judiciary Committee unanimously voted to overturn the earlier decision and grant the group official privileges, such as listings in all university publications and websites and on-campus fundraising opportunities.

The committee's decision coincided with a visit to Johns Hopkins from former Sen. Rick Santorum, who told students: "The vast majority of people who are pro-life are pro-life because they know something scientifically."

Santorum's faith in science only went so far, as he went on to remark that many scientific journals have been "discredited" on climate change: “The bottom line is in the last 15 years the earth is not warm,” Santorum said. “The warmest year was 1998. We have not seen any warming since then. This was somehow lost on the people in this room.”

But back to abortion.

The campus group, Voice for Life, had previously been denied official standing because the student legislature ruled their "sidewalk counseling" outside of abortion clinics to be harassment. "Sidewalk counseling" (also called "sidewalk interference") is when anti-choice activists stand within a legally allowable distance from a clinic (watch them train to do it here) to obstruct, pressure, emotionally manipulate and verbally intimidate women who are seeking abortions.

The student legislature's original decision received criticism from Fox News and conservative heavyweights like George Will, who wrote: "Obviously, the SGA has acted to express animus against the content of VFL’s speech and to protect students from the discomfort of disagreement.”

The ruling reversal has emboldened Voice for Life, who issued a statement celebrating their victory on Wednesday:

Monica Rex, a Johns Hopkins freshman who will serve as vice president of Voice for Life, added:

We are ready to begin the real work of saving lives. While the road was difficult, we have learned just how much this fight for life means to us, and how important it is that students at Johns Hopkins have the opportunity to hear our pro-life message. Johns Hopkins has always stood for the very best in higher education, and we look forward to bringing our pro-life message to future leaders in the medical industry here at Hopkins.

According to a report from the Baltimore Sun, the university's pro-choice abortion rights group is currently inactive.

Some students might want to think about changing that -- soon.