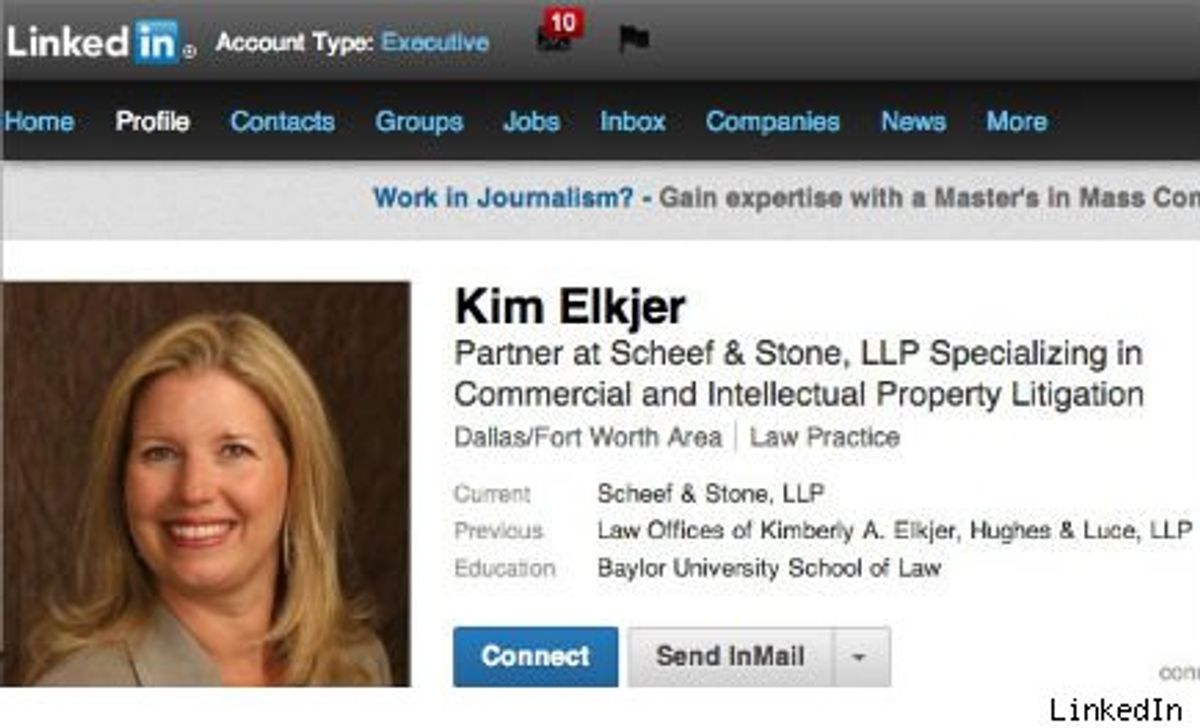 Kimberly A. Elkjer, a partner at Scheef & Stone LLP, is suing the Dallas-based law firm over a policy that banned male and female employees from working alone together. The suit alleges that in-office gender segregation, and the firm's no-fraternization policy that prohibited socializing outside of work, prevented women from being promoted at the same rate as their male colleagues.

As reported by Claire Gordon at AOL News:

While the rules are no longer in effect, Elkjer's lawsuit says, they created a segregated culture that persists -- a culture that denies female attorneys the same opportunities for business and for raises as their male colleagues, and hurts their ability to work. This violates the Texas Commission on Human Rights Act, her suit states, which prohibits employers from making decisions that harm the "terms, conditions, or privileges" of employees on the basis of gender.

Elkjer had raised her grievances with the firm for more than six months, according to her lawsuit, but faced hostility from the powers-that-be. She says that much of culture that she's describing comes from "the example set by one or more of the firm's managing equity partners." The lawsuit wasn't specific about the exact wording or rationale of the policy, or the years that it was in effect. Gibson says that she's concerned about violating the firm's confidentiality policy, which was brought to her attention -- in a manner she found "threatening" -- not long before she filed suit.

In a statement, Scheef & Stone said there is "no evidence" to support Eljker's allegations, and that the firm is "fully prepared to defend this case."

"In fact, objective evidence and our business records will clearly show that Ms. Elkjer disagrees with legitimate business decisions," the statement said, "based on objective non-discriminatory criteria by the firm's management that have nothing to do with gender and apply to all attorneys in the firm."