Could Obama really learn something from Reagan?

A stunning, old quote reveals the Gipper understood that Social Security has nothing to do with the deficit 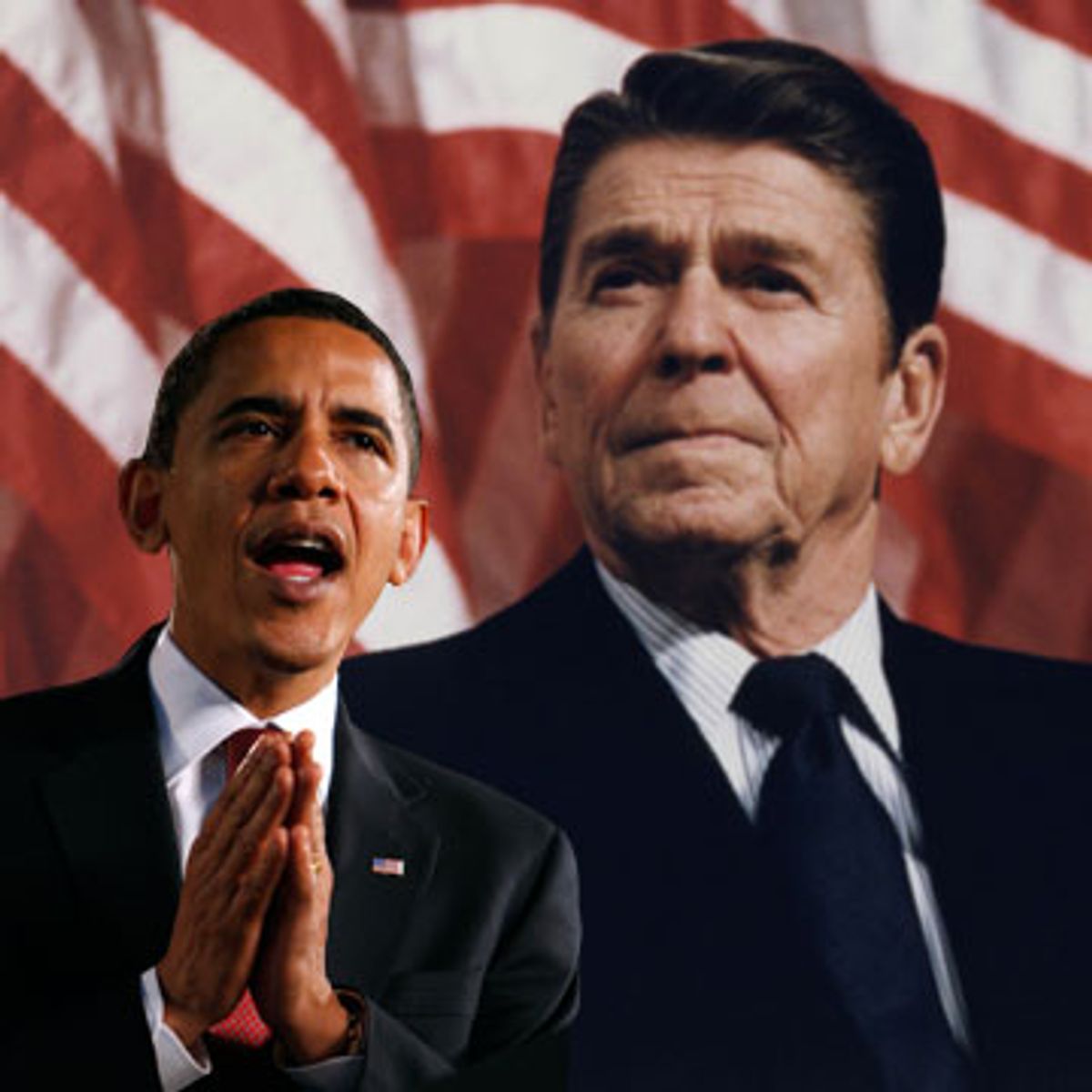 Between 2005 and today, a series of elections took place that fully rejected the Republican economic worldview that says America must cut successful programs like Social Security. Yet, eight years after President Bush first proposed cutting Social Security, we have somehow arrived back where we started - only instead of a Republican president championing Social Security reductions it is a Democratic president.

This bizarre repetition of presidential history was the subject of Rachel Maddow's MSNBC interview last night of President Obama's top political consigliere David Axelrod. The discussion was significant for how Axelrod tried to avoid answering why, when it comes to Social Security, President Obama is now positioning himself to the right of Ronald Reagan. He is doing this by invoking deficits and debt as the reason to propose cutting Social Security, even though that program that has almost nothing to do with the national deficit and debt.

As with so many of the biggest issues of the present moment, Reagan is a particularly important figure in today's debate over Social Security. That's because though he was hardly a great champion of the concept of social insurance, he did use his bully pulpit to remind America of a critical fact that is being ignored by those who want to dismantle Social Security. Watch what he said in 1984:

That sentiment, of course, is as true today as it was in 1984. Yet, what Reagan said is now considered radical -- so radical, in fact, that a Democratic president will not only avoid reiterating Reagan's words, but worse, is now proposing a budget predicated on the idea that Reagan was wrong.

Rightly criticizing the White House's moves, Maddow last night floated the idea that the old politics of triangulation is driving the Obama administration's cynical calculation on Social Security. That punch-the-hippies formula posits Democratic president will look "centrist" - -and therefore strong - by championing an extreme policy that offends liberal voters and draws the ire of the organized left.

In that sense, Americans still seem to implicitly appreciate the truth of Reagan's 1984 declaration about Social Security - even though Obama and Republicans don't want us to.