Even before the last two scandals, Kentucky liberals called the group an "embarrassment" 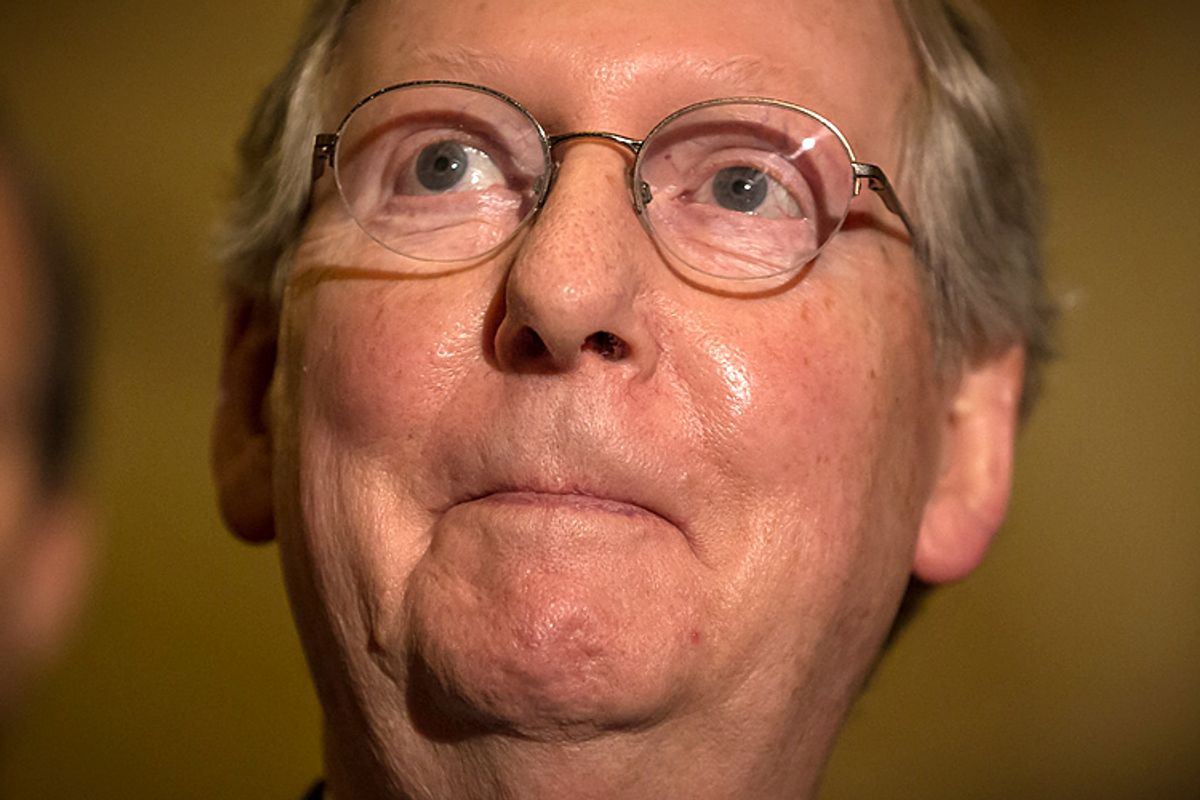 Liberal super PAC Progress Kentucky is at the center of controversy after a Democratic strategist in the state said activists affiliated with the group bragged to him that they secretly recorded the audiotape of Mitch McConnell's strategy meeting that was leaked to Mother Jones this week. If true, they could face criminal sanctions. The treasurer of the super PAC resigned this afternoon.

Now, it's worth stating that we don't know for sure that Progress Kentucky produced the tape or is involved in any way -- this is just the word of one Democratic strategist, who has an interest in distancing his party from the group.

But it's not the first time the super PAC has gotten into trouble. In late February, they made a series of offensive "jokes" about McConnell's wife on Twitter, attacking her for being Chinese-American. Even Ashley Judd felt compelled to issue a public condemnation.

But there's something important you should know about Progress Kentucky: No one took its members very seriously in Kentucky, even before the slurs or the secret tape. I know this because I once quoted Curtis Morrison, who was one of what appears to be only two or three people associated with the group (he resigned in March), and a number of liberal activists in the state told me to never do it again.

"I feel inclined to warn you that he (and they) are a long running joke in Louisville," a progressive activist and writer messaged me on Feb. 25. "Everyone in KY (liberals included & especially) can't believe how much attention they've gotten in the national media, especially considering no one here takes them seriously (due to a long history of incompetence). An anti-Mitch group needs to emerge, but dear God, it is not Curt & Co. Just an FYI!"

Last election cycle, in which $6 billion was spent by candidates and outside groups, Progress Kentucky raised $1,005. Thousand. They spent $18. Yes, you read that right.

"Kentucky Democrats have never taken Progress Kentucky seriously. If you can't raise more than $1,000 to defeat the most unpopular Senator in the country, you are not a remotely serious political organization," a Kentucky Democratic operative told me today.

A Kentuckian who worked on campaigns in the state before moving to D.C. to work in national progressive politics told me last month that the group was a "joke" and "an embarrassment."

Political blog PageOne Kentucky wrote today about an even more salacious charge against Shawn Reilly, the group's executive director, and has called the super PAC a "walking disaster."

Stunningly, after the racial slur, the group didn't even seem to understand its mistake. "It’s not an official statement. It’s a Tweet. And we will remove it if it’s wrong," Morrison told WFPL. "We’re not after anybody because they are an immigrant, but I think it’s fair to question whether or not there’s a conflict of interest." Only seven hours later did the group actually apologize.

That's not to say they are completely irrelevant. They occasionally partnered with other progressive and labor groups in the state to hold events on things like campaign finance reform.

And so, it won't stop McConnell's forces from trying to connect the audiotaping and the group to other Democratic groups, no matter how unfairly.

UPDATE: BuzzFeed's Evan McMorris-Santoro reports that Reilly, the founder of Progress Kentucky, has denied involvement in the secret tape and fingered the blame on Morrison, who resigned from the group last month.